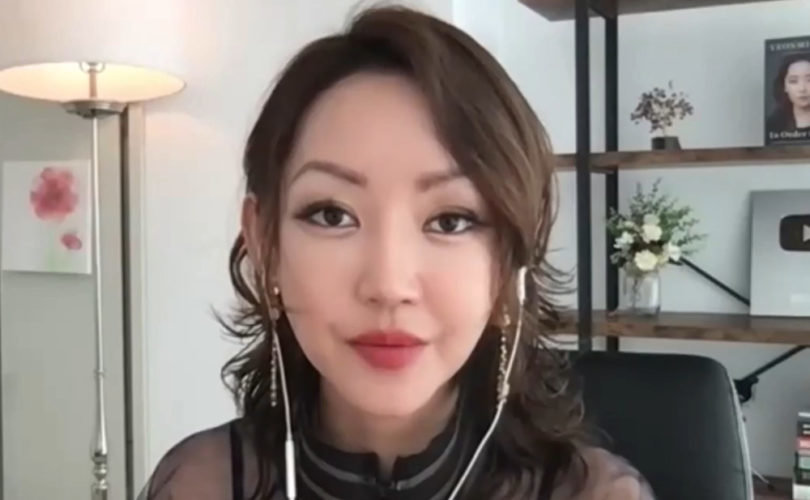 June 16, 2021 (LifeSiteNews) — Escaping Communist North Korea and China, crossing a frozen river, mountains, and the Gobi Desert — all while evading government authorities and human traffickers — Yeonmi Park arrived in the United States and entered Columbia University. Instead of fully enjoying the freedom she had traveled so far to claim, she discovered that Communist oppression is already occurring in the U.S., with the suppression of education, critical thinking, and anything that qualifies as hate speech in American universities.

“What’s shocking to me is that in North Korea we don’t have access to the internet, we don’t have Shakespeare or any of the great thinkers. We don’t know. [In the U.S.], while having everything, people choose to be brainwashed — and they deny it,” Park explained.

The now 27-year-old human rights activist was born in 1993 to upper-class parents in Hyesan, North Korea. She grew up during the regime of Kim Jong-un II, the second Communist Supreme Leader, who controlled North Korea from 1994-2011. Although Park’s family was relatively well-off compared to other North Koreans, they still suffered from the famines that Kim’s leadership brought on. Park’s father, a member of the privileged Workers’ Party, was deported to a forced labor camp after he was caught smuggling food in the black market.

In a recent Fox News video, Park recalls the indoctrination she underwent in the North Korean school system during her early childhood. “Even in the math problems, they would say: ‘There are 4 American Bastards. If you kill 2 of them, how many American Bastards are there left to kill?’ We were not allowed to call Americans ‘Americans’ [but only ‘American Bastards’].”

Park says she was so brainwashed into thinking that the leader of her country was starving like she was, that she didn’t realize the truth until someone showed her a photo of the overweight Kim and told her the truth.

In 2007, Park’s family decided to flee to China, but was forced to make the journey separately. Park and her mother crossed the frozen Yalu River to enter China. They were subsequently captured by human traffickers. Eventually, the two escaped and were reunited with the rest of their family.

After the death of her father in China, Chinese and Korean Christian missionaries helped Park and her mother escape to South Korea, taking them through the Gobi Desert and flying them to South Korea. Park remembers watching a show about animal rights shortly after her arrival in South Korea and being shocked by it: “I didn’t even know I had rights as a human being.”

In 2016, Park transferred from a school in South Korea to Columbia University in New York. She was excited to learn, as there had been no opportunity to do so in North Korea: “When I was in North Korea, history was forgotten. They don’t [teach] the Big Bang or Jesus Christ — whatever the theory is that says how we came about as humanity. I was excited about learning … history, how people thought back then.”

Park was in for a rude awakening, however, discovering eerie similarities between her American university and North Korean schools. “It felt like a regression in civilization,” Park said. During her orientation, she admitted to enjoying classical books, such as Jane Austen’s novels. She was immediately shamed for brainwashing herself with the writings of “colonists” and “bigots.” At Columbia, Park was told that white male supremacists were responsible for the evil in the world.

Park was astonished that 21st-century American college students, with all the information available to them, were so willing to hate the country she had viewed as the protector of freedom. “What’s shocking to me is that in North Korea we don’t have access to the internet, we don’t have Shakespeare or any of the great thinkers. We don’t know. Here, while having everything, people choose to be brainwashed—and they deny it.”

Park describes the lamentable state of many college students. “The kids don’t understand. They still play with this fire, with the ideology of Communism or Socialism … they are so bitter. They have zero appreciation for what this country did, what the Constitution says to protect individual liberty. They are dying to give all their liberty away. Where are we going from here?”

Park points out that it is paradoxical that Columbia identifies itself as a safe and inclusive school without hate speech, while it censors speech and attempts to control the thinking of its professors and students. She relates how each person in the class would have to give his or her “preferred pronoun,” and other students would have to remember which pronoun to use. For Park, who was still learning English as her third language, it could be difficult to remember to use “they” instead of “he” or “she”.

Park admits she never learned how to think critically in North Korea. In America, to the contrary, students are going to college where they end up losing the ability to think critically. Parker views the bans on speech and ideas in American universities as similar to the oppression of North Koreans under their government. She is fearful that what happened in North Korea could happen in the United States.

— Article continues below Petition —
PETITION: No to mandatory vaccination for the coronavirus
Show Petition Text
1072986 have signed the petition.
Let's get to 1100000!
Thank you for signing this petition!
Add your signature:
Show Petition Text

“In North Korea, the controlling of people’s thought comes from the government, removing the concepts of love, liberty, and human rights,” she says, waning Americans that “[t]he future of our country is as bleak as North Korea[’s] if we do not rise up right now. We are going into the zone where there is no rule of law, morality, nothing is good or bad anymore — so, [complete] chaos … a Communist paradise.”

On her Facebook page, Park calls on Americans to be grateful for what they have so that they will defend it at all costs. “No country is perfect but what we have is close to GOOD ENOUGH. The last thing we should be is ungrateful and taking this precious freedom for granted that other people fought for with their blood. Now, it is our turn to defend this beautiful country of ideas that promotes individual liberty, human dignity, and justice.”