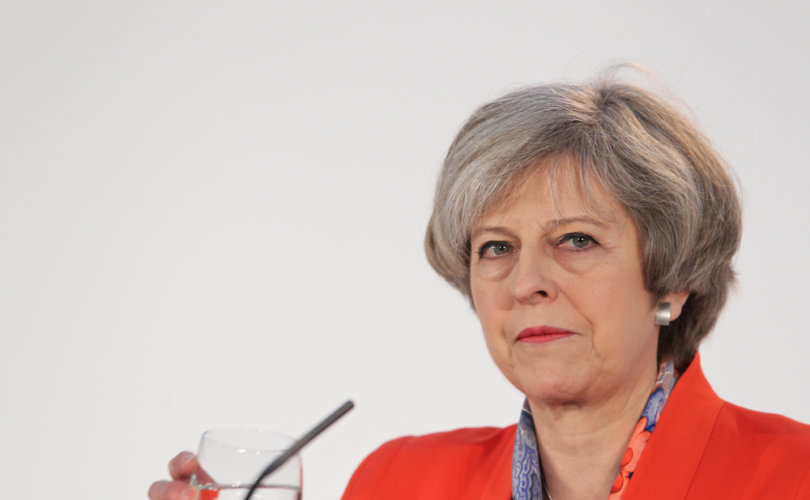 June 12, 2017 (SPUC) — The Society for the Protection of Unborn Children has launched a petition calling on Prime Minister Theresa May to condemn attacks on Northern Ireland MPs who oppose abortion and same-sex “marriage.”

The petition has been drawn up in the wake of widespread criticism of the proposed deal with the socially conservative Democratic Unionist Party (DUP) to keep the minority Conservative government in power. The last few days have seen an outpouring of attacks on the DUP in the media and from politicians over the views of the Northern Ireland MPs to adhere to Christian positions on abortion and marriage.

The petition calls on the prime minister to condemn the anti-Christian bigotry on display in the attacks on pro-life and socially conservative MPs, and recognise that holding these values is not “extremist.”

Labour MP Jo Stevens tweeted that a pact with the DUP was “chilling” after it was suggested it might spark a debate on abortion among the Conservative party. Headlines have included “a government that includes the DUP is profoundly bad news for women.”

A BPAS spokeswoman said that “10 MPs with quite frankly extremist views on abortion must not be allowed to threaten an area of healthcare that 1 in 3 women will need in their lifetime.”

Under attack by the pro-abortion lobby

“Northern Ireland has steadfastly resisted every effort to implement the legalisation of abortion which would inevitably result in a slaughter of innocent babies. That’s why Northern Ireland MPs whose support Theresa May needs to form a government are under such unremitting attack by the pro-abortion lobby right now.

“Their position reflects the views of the overwhelming majority of people in Northern Ireland as well as a solid block of opinion in Britain.

“This petition will give people the opportunity to send a message to the Prime Minister urging her to stand up to the bullies and the bigots seeking to demonise anyone who rejects the social policies which have led to the killing of over 8.7 million unborn children under the Abortion Act in Britain.”