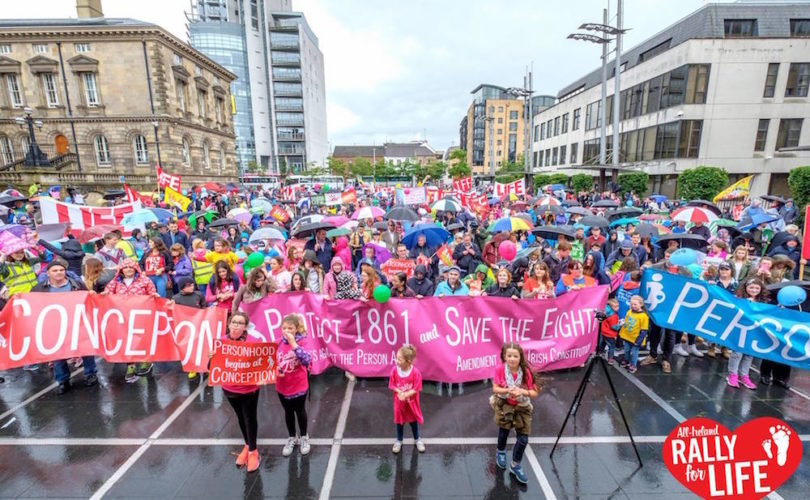 June 30, 2017 (SPUC) — It was a day of turbulent political events — with both positive and tragic consequences for the unborn babies of Northern Ireland.

On Thursday morning, the Court of Appeal in Belfast ruled that Northern Ireland's abortion laws do not breach human rights, in a significant victory for the pro-life movement. However, this same day has seen the government back down in the face of pressure from an amendment tabled by mostly Labour MPs to the Queen's speech, and pledge to fund abortion for Northern Irish women in England.

Victory in the courts

Three judges found unanimously that Northern Ireland’s laws, which prohibit abortion, are not incompatible with the European Convention on Human Rights. The decision overturns a 2015 High Court judgment which stated that unborn children diagnosed with a serious disability or conceived in sexual crime did not deserve the legal protection provided to other children. After the ruling, Liam Gibson, the development officer for the Society for the Protection of Unborn Children in Northern Ireland, said:

“This case was an attempt to introduce a lethal form of discrimination and a direct assault on the rights of all unborn children judged to be imperfect. The Court has recognised that there is no right to abortion within the European Convention and that matters of such huge moral, legal and social implications should be dealt with by the legislature and not by judges. They said that despite the criticisms of the law in Northern Ireland it provided a degree of certainty and accountability. They said that those who wanted a change in the law failed to show why disabled children did not deserve the same rights as other children.”

The Speaker of the House of Commons selected an amendment put forward by Labour MP Stella Creasy, and signed by more than 50 MPs, calling for women from Northern Ireland to get free abortions on the English NHS. Apparently fearing that rebel Conservative MPs would mean the amendment passed, Chancellor Philip Hammond announced a sudden change of position from the government, saying ” … my understanding is the minister for women and equalities either has made or just about to make a statement explaining that she intends to intervene to fund abortions in England for women arriving here from Northern Ireland.”

This was shortly followed by a letter from Justine Greening, who announced that the Equalities Department would make funds available for women from Northern Ireland who seek abortions in England. Stella Creasy has now withdrawn her amendment.

Responding to the news, SPUC's CEO John Smeaton said: “This is a black day for unborn children, for mothers and for democracy. It’s a great day for the abortion industry – which cares nothing about unborn children and for the welfare of women. … This is a betrayal on the grandest scale imaginable. Innocent unborn babies are being treated treacherously by this Government which has chosen death over life in an effort to save their skin. … It is nothing less than lethal meddling in affairs which do not concern it designed to thwart the political will of the people of Northern Ireland at the expense of the unborn who don’t seem to matter at all to our political masters.”