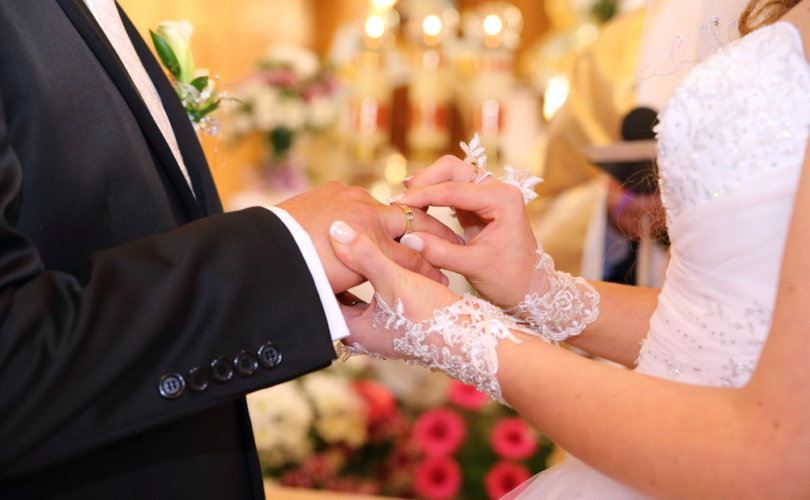 “Politicians may now get aggressive toward churches who resist these [same-sex] weddings, so the best option is for us to stop conducting marriages on the state’s behalf,” Eidsvig said.

The Lutheran synod recently voted to approve same-sex “marriage,” although it will allow clergy to opt out of officiating same-sex ceremonies.

The Catholic Herald reported that Eidsvig and three Protestant Norwegian leaders issued a statement saying same-sex marriage violated “not only the Christian understanding of marriage, but also the historic and universal view of marriage.”  Separating civil and religious ceremonies would protect other churches from “increased pressure to consecrate same-sex couples,” they said.

In 2013, shortly after Britain signed a same-sex “marriage” bill into law, a homosexual man sued a Church of England parish for not “marrying” him and his partner.

In the U.S., the city of Coeur d’Alene, Idaho, faces an ongoing lawsuit for an ordinance that could be used to forced ministers who run a for-profit wedding chapel to perform same-sex “wedding” ceremonies that go against their faith.

Additionally, photographers, bakers, and florists across the U.S. have faced retribution for refusing to violate their consciences by participating in same-sex “wedding” ceremonies.

Eidsvig isn’t the only religious leader who has expressed concern about the incompatibility of same-sex “marriage” with the rights of churches to maintain their freedom to act on their beliefs about human sexuality and marriage.

When Scotland voted to allow same-sex “marriages,” Scottish Archbishop Philip Tartaglia warned, “We cannot exclude the eventuality that, in the future, some individuals will initiate legal action against a Catholic priest or the Church because they won't accept to celebrate gay marriages.”

Monsignor Charles Pope, a priest and popular blogger for the Archdiocese of Washington, has suggested that American Catholic clergy “begin to consider getting out of the business of having our clergy act as civil magistrates in weddings.”

“With increasing States interpreting marriage so differently, can we really say we are partners?” Pope asked in 2013.  “Should we even give the impression of credibility to the State’s increasingly meaningless piece of paper? It may remain the case that the Catholic faithful, for legal and tax reasons may need to get a civil license, but why should clergy have anything to do with it?”

But canon lawyer Dr. Ed Peters disagreed with Msgr. Pope.  The Church has an important role to play in defending marriage and shouldn’t be so quick to back down from doing so, he argued.

“Marriage (and I’m talking about marriage, not Matrimony yet) is part of the natural law and, I think, one just does not walk away from the natural law,” Peters wrote.  “As long as marriage is ABSOLUTELY essential to the Church’s teaching on Matrimony…Church has to stay in the marriage business and defend marriage itself.”