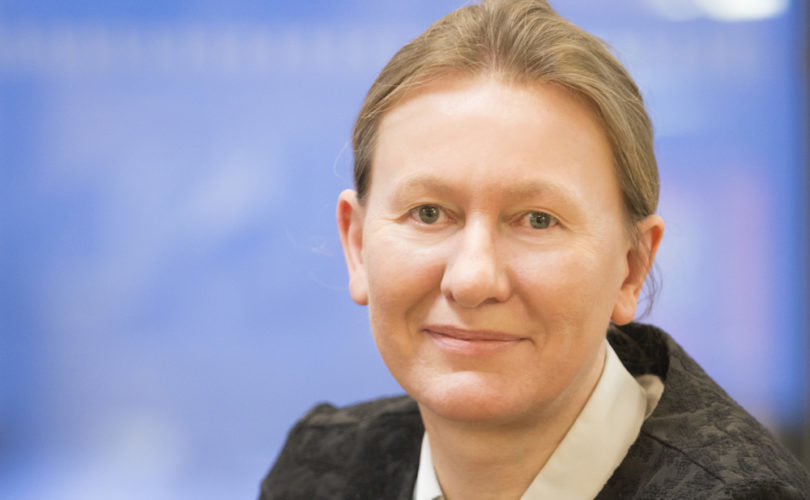 The determined doctor decided in 2016 to fight for freedom based on conscience protections and tolerance for family doctors. However, on February 9, a district judge explained that the government has no desire to protect conscience in this case any further than absolutely necessary according to the European Convention on Human Rights. It simply prioritized the interest of women in accordance with “traditional Norwegian values.” The court found the discrimination against Catholic minorities in Norway irrelevant.

In its reasoning, the judge quoted the 2013 ruling of the European Court of Human Rights (ECHR), which held that a person working as a registrar for civil partnership could be dismissed for refusing to register same-sex marriages. This was a case involving Lillian Ladele (Ladele v. London Borough of Islington), which appeared in the ECHR as Eweida et al. v the United Kingdom.

The Norwegian court explained in its verdict that it saw Jachimowicz’s actions as a form of discrimination against women. The court wrote that because of anatomical differences “men will not … have to go to a doctor other than their GP due to the doctor’s conscientious objection related to this type of reproductive preventive medical treatment.”

Jachimowicz told LifeSiteNews that she was disappointed with the ruling and confused about its explanation.

Her lawyer, Håkon Bleken, explained, “It is very peculiar to characterize this conscientious objection as discrimination on the grounds of sex.” Bleken imagined a situation in which a GP refers patients with testicular cancer to another physician. Would the court also call this discrimination against men, Bleken asked rhetorically, “since women don’t have testicles” and wouldn’t need this medical treatment?

Bleken added that “he did not expect the court to embark on this road.” He was left with the impression that “the judge from the very outset knew the result he wanted to arrive at.”

In 2010, Jachimowicz started working at the Family Clinic in the rural Norwegian municipality of Sauherad. The country has a taxpayer-funded healthcare system and a shortage of medical professionals, especially outside the cities, and therefore depends on foreign doctors. In the Norwegian system, all patients are required to have a general practitioner assigned to them, and they have the right to switch doctors up to twice a year.

Family medicine is defined in Europe differently from country to country. In Norway, it includes some psychology and gynecology, and requires some surgical skills. Knowing that, Jachimowicz made sure her employer knew her Catholic beliefs and that she would neither refer for abortions nor insert IUDs, which can act as abortifacients.

Those conditions of her contract were accepted because Norway had a tradition for conscience protections for doctors when Jachimowicz started working. However, in 2014, the government completely eliminated it for family doctors. It is now forbidden for them to refuse any form of birth control, including the insertion of IUDs, which are not considered abortifacients by the Norwegian government. All general practitioners (GPs) have to comply with the law.

Jachimowicz said family doctors could use the loophole and legally refuse the insertion of the IUD by claiming they did not know how to perform the procedure. It is perfectly admissible by the law.

Jachimowicz did not learn how to insert IUDs in Poland, and could have claimed lack of training, but she did not want to use this loophole. Because she remained faithful to her religion and conscience, she was dismissed, ending four years of work and the patient-doctor relationships she’d forged in that time.

Bleken explained that other doctors at the same clinic where Jachimowicz worked did not insert IUDs since there were too few patients requesting it. The doctors preferred to refer them to a gynecologist working at a hospital situated a 50-minute drive away. “The municipality had not found it necessary to impose on any or all of the doctors to practice the insertion,” Bleken said.

Jachimowicz felt her rights were violated and that her dismissal was illegal. She decided to fight the injustice with the European Convention on Human Rights. Citing articles 9 and 14 of the Convention, she went to court. This is how Katarzyna Jachimowicz v. the Municipality of Sauherad became the first case in Norway in which a medical professional sued over conscience rights.

In the final ruling last week, the court did express some doubts about whether the government went too far in its actions and suggested possible recourse with the ECHR. Because of the court’s uncertainty with the judgment, Jachimowicz does not have to pay the legal fees, as is customary for the losing party.

The ruling can still be appealed.