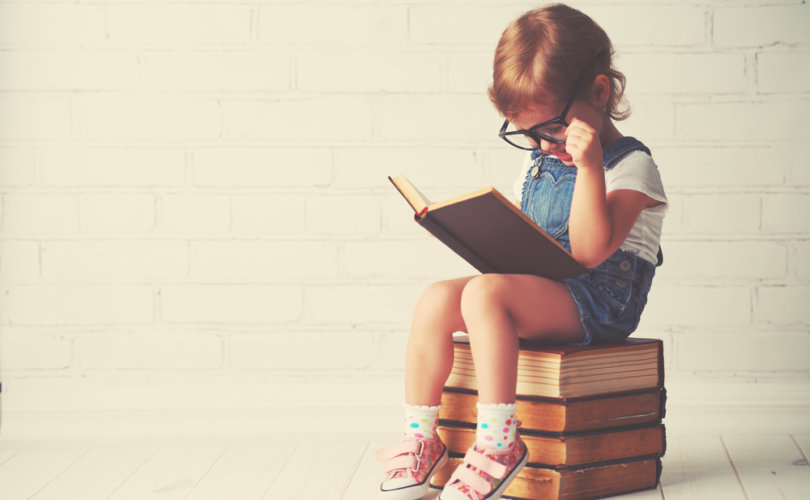 April 19, 2017 (NewsBusters) — Talk about starting the indoctrination early. The Washington Free Beacon on Monday reported that MIT Press is publishing “Communism for Kids,” a book aimed at brainwashing three to seven-year-olds, on those “lovable little revolutionaries.”

A description on Amazon cheered, “Once upon a time, people yearned to be free of the misery of capitalism. How could their dreams come true? This little book proposes a different kind of communism, one that is true to its ideals and free from authoritarianism.”

Communism for Kids, written by a German author who specializes in political theory and “queer politics,” was released last month. The thesis of the children's book is that communism is “not that hard,” but has not been implemented in the right way.

Apparently, the book doesn’t focus on the 100 million people murdered under Communism.

In November of 2009, the Media Research Center released “Better Off Red,” documenting two decades of liberal journalists looking the other way at the evils of Communism.

Here are a few examples of liberal fawning over commies:

“Despite what many Americans think, most Soviets do not yearn for capitalism or Western-style democracy.”
— Anchor Dan Rather on the CBS Evening News, June 17, 1987.

“The reality is that even if the communist state were to protect individual rights aggressively, many of its people are not prepared to tolerate diversity.”
— Dan Rather on the May 27, 1988 CBS Evening News.

“Communism got to be a terrible word here in the United States, but our attitude toward it may have been unfair. Communism got in with a bad crowd when it was young and never had a fair chance….The Communist ideas of creating a society in which everyone does his best for the good of everyone is appealing and fundamentally a more uplifting idea than capitalism. Communism’s only real weakness seems to be that it doesn’t work.”
— 60 Minutes commentator Andy Rooney in the New York Times, June 26, 1989.

“Like Soviet President Mikhail Gorbachev before him, [Vladimir] Kryuchkov has taken the personal route, talking of his fondness for Bellini’s opera ‘Norma.’ He swoons over the piano mastery of Van Cliburn, and hints that he would arrange a Moscow apartment for the pianist if he would only come here more often. Then he sighs over his exhausting workday at Dzerzhinsky Square: ‘The KGB chairman’s life is no bed of roses.’”
— Reporter David Remnick in The Washington Post, September 8, 1989. Two years later, Kryuchkov was part of the hardline “Gang of Eight” that attempted to overthrow Gorbachev.

“Marx and Lenin are still revered heroes. Never mind that communism as they conceived it didn’t work. Most Soviets don’t want to dump it, just improve on it.”
— USA Today founder Al Neuharth, February 9, 1990 column.