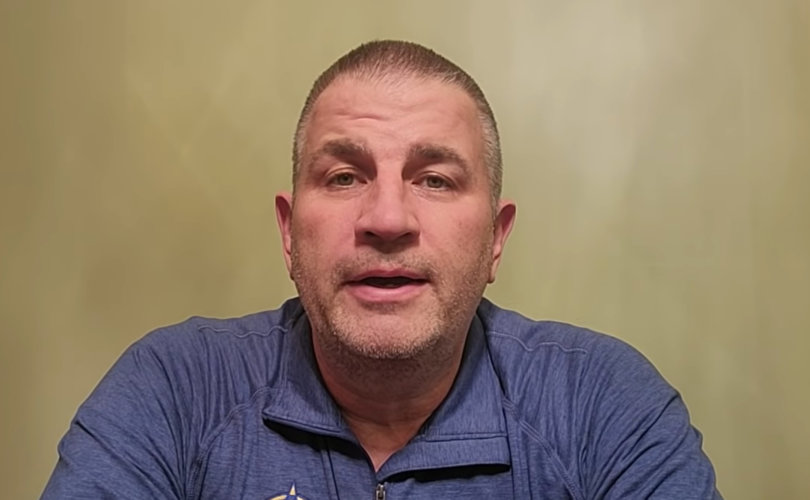 CHICAGO (LifeSiteNews) — A Chicago mayoral candidate and police union leader says the COVID shots he took were ineffective after he contracted the virus.

“Yours truly with the vaccination got COVID,” John Catanzara said in a December 31 video for the Fraternal Order of Police in Chicago. He recently resigned from his position as a cop to run for mayor in the city in 2023.

“So, this vaccine is not a vaccine, it is a COVID treatment at best, far too many people who are vaccinated are getting the virus for it to be called a vaccine. That needs to stop,” the former police officer said.

He said the vaccine’s ineffectiveness means that standard hygiene is more beneficial than jabs to reducing the chances of contracting COVID.

“All we can do is continue to distance a little better, wash your hands more and be a little smarter about how you interact with other people again,” Catanzara said.

He has been fighting the city’s efforts to vaccinate all of its employees. Chicago dropped the mandate lawsuit on December 1 after a judge suspended the requirement. The city said enough cops had complied with the inoculation requirement that it did not need to continue to require it.

Catanzara had told his union members not to disclose their vaccination status because the city had no right to private medical information.

“If we get a large number of our members to stand firm on our belief that this is an overreach, and they’re not going to supply the information in the portal or submit to testing, then it’s safe to say that the city will have police force at fifty percent or less for this weekend coming up,” he said in October.

While he won on that issue, his union members who want to eat in a local restaurant or see a movie in the city will have to disclose their jab status under a new vaccine passport system in effect as of January 3 in both the city and the broader Cook County.

Under homosexual Mayor Lori Lightfoot’s vaccine mandate for people who want to engage in commerce in Chicago, everyone 5 years and older must show their papers in order to enter business establishments.

The leftist mayor said the goal of her policy is to make life inconvenient for people who have not taken the abortion-tainted jabs.

We didn’t want it to get to this point, but given the situation we find ourselves in, we have no choice.

Beginning Jan. 3, you must show proof you are fully vax’d to enter bars, restaurants, fitness centers, and entertainment/recreational venues where food/drink are served. 🧵 https://t.co/Zelw59mXQ1

All residents and visitors to Chicago will need to show their vaccine papers to “dine indoors, visit gyms, or enjoy entertainment venues where food or drink are being served.” All employees of these institutions must be fully jabbed or wear a mask at all times and present a negative COVID-19 test weekly.

“To put it simply, if you have been living vaccine-free, your time is up. If you wish to live life as w/the ease to do the things you love, you must be vax’d,” Lightfoot wrote in a tweet. “This health order may pose an inconvenience to the unvaccinated, and in fact it is inconvenient by design.”

The city’s public health director said the unvaccinated pose a threat to the vaccinated despite the fact the purpose of a vaccine is to protect the person taking it from contracting the disease. Someone who has taken a vaccine that works at preventing infection, is not at a risk from someone who has not gotten jabbed

“I’m worried for their own health, but also for the risk they pose to others’ health and to our hospital capacity — and while we are in this concerning surge, we must limit that risk,” Chicago Department of Public Health Commissioner Allison Arwady said.

Early data on the generally mild new omicron variant showed that 79% of the initial cases in America were among people who were considered “fully vaccinated.”

A review of Denmark’s omicron cases revealed that more than 90% of the infections were among people with at least one jab.