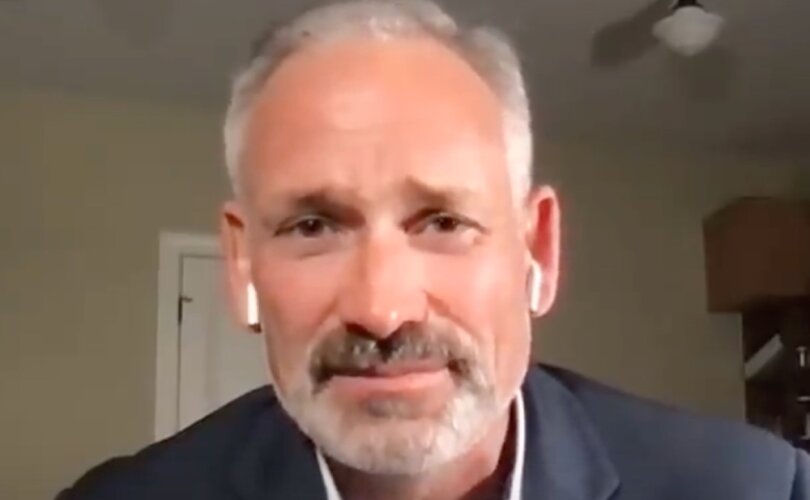 LOUDOUN COUNTY, Virginia (LifeSiteNews) — A father who protested against a woke race and LGBT agenda infecting his local public schools won his case when a judge dismissed trespassing charges against him.

“Not guilty,” Jon Tigges, a military veteran, tweeted on January 5, announcing he had won his case stemming from a contentious Loudoun County school board meeting in June 2021. Tigges had been charged with trespassing after he asserted his First Amendment right to speak out at a school board meeting.

Ruling today on my arrest for trespassing at the 6/22/21 Loudoun County School Board meeting. pic.twitter.com/QXrEOJyjpe

“Today’s ruling is a win not just for me, but for all the parents and citizens of Loudoun County who have been systematically silenced and shut out of the process by this School division over the last few years,” he added in a separate media statement. “I didn’t serve my country for decades overseas only to come home and have my rights trampled on here. I hope this victory only encourages more parents to speak out and get involved to take back their children’s education and reclaim their basic rights.”

According to Tigges, the county judge ruled that Superintendent Scott Ziegler did not have the authority to remove citizens from an open meeting.

— Article continues below Petition —
Stand with Josh Alexander against school that allows boys to use girls' bathrooms
Show Petition Text
5656 have signed the petition.
Let's get to 6000!
Thank you for signing this petition!
Add your signature:
Show Petition Text

Ziegler no longer works for the district after a grand jury found he covered up the sexual assault of a female student by a cross-dressing male student. Ziegler is accused of covering up the criminal activity because it would have reflected badly on LGBT bathroom policies which allow gender-confused males to enter women’s locker rooms and bathrooms without any restrictions. He was indicted in December.

The protests at school board meetings, particularly in the affluent and liberal Loudoun County near D.C., were used as a pretext for President Joe Biden and Attorney General Merrick Garland to order federal agents to keep a close eye on average American citizens speaking out against school COVID policies as well as pro-LGBT and critical race theory content in the classrooms and school libraries.

A letter from the National School Boards Association (NSBA), which compared parents and other activists to domestic terrorists, cited the arrest of the parent of the girl sexually assaulted by a gender-confused teen, as reasons for using federal law enforcement. The girl’s father, Scott Smith, was arrested at the same meeting along with Tigges.

The letter proved to be an embarrassment to the NSBA, which lost members over its letter, and Attorney General Garland.

One draft of the NSBA letter even suggested using military police in some instances against citizens.