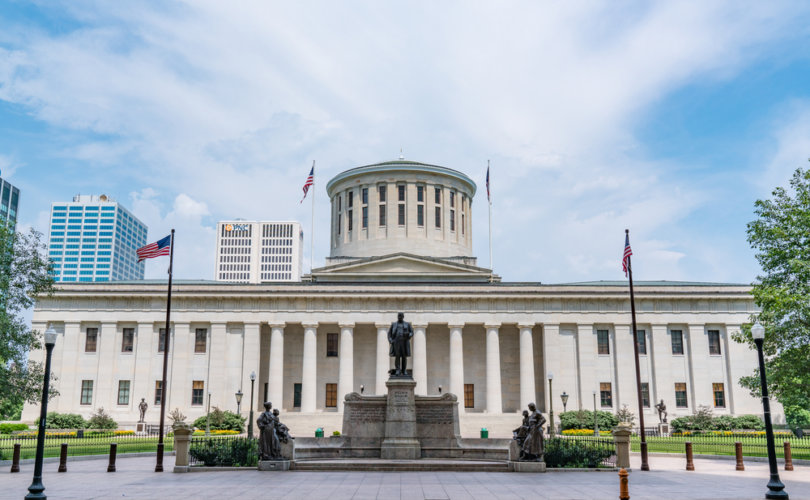 NORTH CENTRAL, Ohio (LifeSiteNews) – 160 Christian clergymen are calling on Ohio’s governor and lawmakers to extend the state’s abortion restrictions, asserting that abortion “is not healthcare.”

While Ohio law currently bans abortion after a heartbeat is detected, typically around six weeks, an August 8th letter from 160 clergy from the Buckeye Bible Belt appealed to Ohio Governor Mike DeWine to extend that ban to nearly all abortions across the state.

“Abortion is infanticide and never was a right expressly written in the U.S. Constitution,” the letter opened. “This diabolical decision allowed the murder of an unborn child on demand up to birth, (2) led to the untimely deaths of at least sixty-three million unborn children (3) and caused America to be a reproach among the nations.”

The letter appealed to DeWine to pass the ‘Human Life Protection Act’ H.B. 598 and its companion S.B. 123 which would “effectively ban abortion” in Ohio. According to H.B. 598, an abortionist would be guilty of manslaughter – a felony of the first degree – punishable by a minimum of four and a maximum of twenty-five years of imprisonment, and a fine of up to $10,000.

The bill would grant an exception if abortion was deemed necessary to prevent the death of the woman or would cause a serious risk of the substantial and irreversible impairment of a major bodily function of the woman.

“According to the Ohio Department of Health, we have had 1.35 million unborn babies murdered in Ohio since records began in 1976,” one of the signatories, Pastor J.C. Church of Crawford County stated.

Ninety-eight percent of those brutal abortions did not include rape or incest. At the same time, our Legislature is considering abolishing capital punishment of convicted murderers.

“What about the slaughter of these innocent babies’ lives?” Church questioned. “It is mind-boggling our state can let this continue. We have literally thrown the baby out with the bathwater. Abortion has got to stop.”

“Contrary to what some so-called ministers are saying in mainstream media, the Bible does not support the pro-choice position,” stated fellow signatory, Reverend El Akuchie of Richland County.

“In fact, Moses and Jesus were survivors during infanticides in their respective generations,” he added. “God’s Word is very clear on forbidding murder and celebrating life.”

“Each child is created in the image of GOD,” Akuchie declared. “The abortion industry aims to destroy this image for financial gain, and in Planned Parenthood’s case they aim to destroy ethnicities of people.”

Since the reversal of Roe v. Wade, a number of states have banned virtually all abortions, while many others have drastically limited access as more states follow suit. As LifeSiteNews has reported, abortion facilities have ceased abortions in Alabama, Arizona, Arkansas, Louisiana, Kentucky, Mississippi, Missouri, Oklahoma, Texas, South Dakota, and Wisconsin.