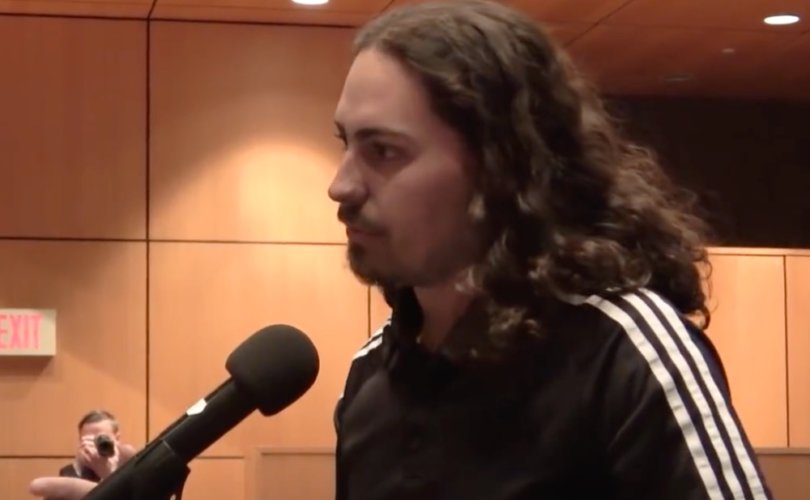 NORTHERN YORK, Pennsylvania (LifeSiteNews) — A local Pennsylvania man strongly urged the Northern York School Board to reject a proposed After School Satan Club at an elementary school in the district.

Wes Gessaman, reportedly a 2020 graduate of Northern York High School, told the school board on April 19 that it should not let the group exist. The board ultimately voted 8 to 1 against allowing the club. TFP Student Action posted a video of the speech.

“I had to say something because I do not want to kneel to Nebuchadnezzar. I want it to be known that I stood when everyone else kneeled,” Gessaman told the school board.

“This is where is starts. This is why America is in the state that it is in— because we are worshiping ourselves and not our God,” he said to loud applause.

“We’re going to promote this [Satan Club] to children? The most impressionable. The youngest… They’re innocent… We are going to tell them to worship themselves? Well, how is that working out for everyone?” he asked before drawing a direct connection to gender ideology.

“It sounds good. This is literally how Satan works. ‘Listen, it’s good. It’s good. Worship yourself,'” he said, repeating the aims of the club.

“No! I don’t want to know where it goes,” he said. Gessaman said he didn’t have to “do any research about these people” because it’s evident from the club’s use of the name “Satan” that it’s not a good thing: “We know intrinsically [that] it’s bad, because God put morality on all of our hearts.”

“We need to stand up. If we don’t stand up, it’s just going to keep getting worse. And worse, and worse. Not in my town.”

He concluded by saying that while he does not have any kids yet of his own “nothing would make me happier than to raise children” and he is “not about to let this slip through my fingers: That I could have stopped this from happening to other people’s children and not do something about it.”

The Satanic Temple announced that it is suing the school board over the decision, though it has not posted a copy of its lawsuit on its website.

A Franciscan friar told The College Fix last year that parents must do anything in their power to stop these groups from entering schools.

Fr. Daniel Klimek, a theology professor at Franciscan University of Steubenville, said that parents should use “every nonviolent means they can to protest such programs.” “Parents also need to realize that they are involved in a spiritual battle and, thus, in addition to these practical means of protest, they need to pray and fast against such programs,”

Klimek added that parents should pray and fast “for the protection of their children, and for the conversion of these Satanists, as well as the school administrators who are considering these programs.”