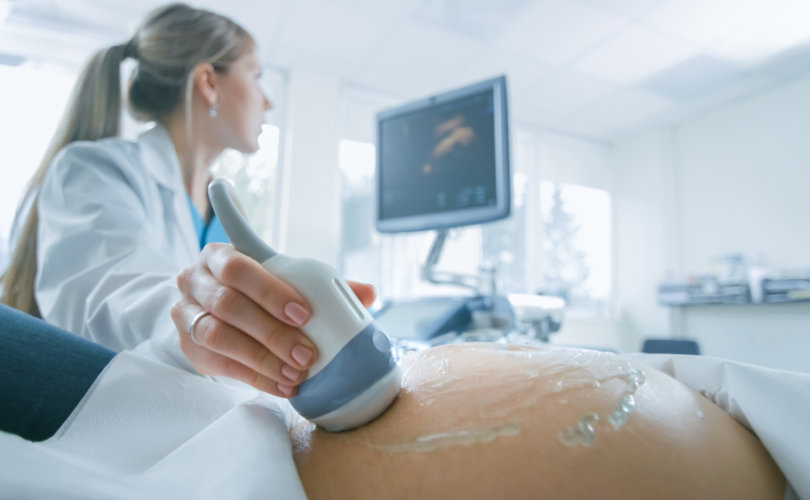 The strategy worked well for Everett and her staff...until they got caught red-handed.Shutterstock

February 15, 2019 (LifeSiteNews) – It’s no secret that abortion is a profitable business. But according to one former abortion clinic manager, some abortion clinics are so driven by profit that they will lie to women, convincing them they're pregnant when they’re not simply in order to close the “sale” and maximize profit.

Carol Everett, who managed multiple abortion clinics over a space of several years before converting to the pro-life position in 1983, recently told Jonathon van Maren on The Van Maren Show, LifeSite's new weekly podcast, how her staff and abortionists would trick non-pregnant women into getting abortions.

If a woman’s pregnancy test came back negative, the staff would “take her back to see what she knows about sonograms.”

Since ultrasounds can be hard to interpret, especially early in pregnancy, the sonographer can always “find a blob” in the woman’s abdomen. “She doesn't know what an early pregnancy looks like,” said Everett.

“You’re pregnant!” the sonographer would announce to the woman. After which the protocol was to “grab her elbow” and ask, “Why don’t you just do it today?”

Everett explained that her clinics had a well-defined sales strategy that preyed on women’s fears. The goal was to get women in for the abortion as quickly as possible, before they had the opportunity to re-think the abortion.

Everett now wonders how many of the women they did this too were rendered infertile. “The sad thing about that is we don't know how that figures into the infertility rate,” she said, “because the abortionist has to have a specimen, so he scrapes out more the lining of the uterus.”

Listen to the full interview with Carol Everett (Story continues below):

This strategy worked well for Everett and her staff…until they were caught red-handed.

A local newspaper sent their star reporter into Everett’s clinic, wired up with a camera and audio recording.

“She and two other of her friends went to the doctor to be certain they weren't pregnant,” recalls Everett, “and then came in our clinic to see if we would attempt to do an abortion on them even though they were not pregnant.”

“And we did this. The sonogram tech that day said, ‘Yep, there it is. You're pregnant. Why don't you just do that today?’”

The result was a 7-day exposé on Everett’s clinic in the local newspaper.

Ironically, says Everett, that exposé turned out to be an answer to prayers. Everett was already deeply uncomfortable with what she was doing with her life, and “that was my answer to prayer that God did not want me in the abortion clinic.”