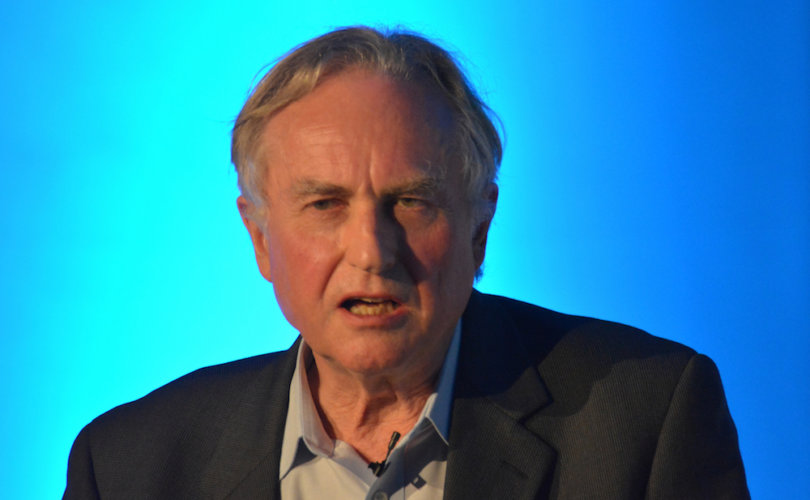 BERKELEY, California, July 26, 2017 (LifeSiteNews) — When professional atheist Richard Dawkins was disinvited from a radio show in California, he was astonished by the reason given: his alleged “abusive speech against Islam.”

“Why is it fine to criticize Christianity but not Islam?” he asked.

Dawkins was scheduled to discuss his newest book, Science in the Soul: Selected Writings of a Passionate Rationalist, with Berkeley’s KPFA Radio on August 9. When the radio station received complaints that Dawkins had insulted Islam, staff emailed the following letter to ticket-buyers:

We regret to inform you that KPFA has canceled our event with Richard Dawkins. We had booked this event based entirely on his excellent new book on science, when we didn’t know he had offended and hurt – in his tweets and other comments on Islam, so many people.

KPFA does not endorse hurtful speech. While KPFA emphatically supports serious free speech, we do not support abusive speech. We apologize for not having had broader knowledge of Dawkins views much earlier. We also apologize to all those inconvenienced by this cancellation. Your ticket purchases will automatically be refunded by Brown Paper Tickets.

The Richard Dawkins Foundation posted the letter to its blog, and Dawkins denied that his critical remarks about Islam have been abusive. He also hinted that there was a double standard at play.

“I am known as a frequent critic of Christianity and have never been de-platformed for that,” he wrote in an open letter to KPFA. “Why do you give Islam a free pass? Why is it fine to criticize Christianity but not Islam?”

De-platforming is a technique by which controversial thinkers’ freedom of speech is curtailed. They are suddenly denied the promised “platform” to which they had been invited to air their views.

Dawkins is frequently cited by the media as a leader of the “New Atheism” movement. He has described himself as a “secular Christian in the same sense as secular Jews have a feeling for nostalgia and ceremonies.” Dawkins had an Anglican upbringing but lost his Christian faith in his early teens after reading about Darwin and accepting the theory of evolution. Although prominent in his native United Kingdom as a public intellectual since the 1980s, Dawkins became world famous for his 2006 book The God Delusion. By September 2014, it had sold more than 3 million copies.

A zoologist by training, Dawkins is considered by his legions of fans to be an expert on religion.

Despite his denial of the charge that he is “abusive,” Dawkins has done more than merely criticize religion. He has been filmed exhorting cheering fans to “mock” and “ridicule” Christians who believe bread and wine becomes the body and blood of Christ. Supernatural claims for the universe, he said, should be “ridiculed with contempt.”

However, Dawkins seems to have softened his stance — against Christianity, at least. In June, he publically supported the teaching of religion in British schools, citing the importance of Christianity to British culture and European history.

“I think that it is an important part of our culture to know about the Bible,“ he said at the Cheltenham Science Festival. “After all, so much of English literature has allusions to the Bible, if you look up the Oxford English Dictionary, you find something like the same number of quotations from the Bible as from Shakespeare.”

“It’s an important part of our history. So much of European history is dominated by disputes against rival religions and you can’t understand history unless you know about the history of the Christian religion and the Crusades and so on.”

He also drew a distinction between one religion and another.

“If you look at the actual impact that different religions have on the world, it’s quite apparent that at present the most evil religion in the world has to be Islam.

“It’s terribly important to modify that because of course that doesn’t mean all Muslims are evil, very far from it. Individual Muslims suffer more from Islam than anyone else. … I am against Islam not least because of the unpleasant effects it has on the lives of Muslims.”

Dawkins tweeted in 2013 that “Islam is the greatest force for evil in the world today.”