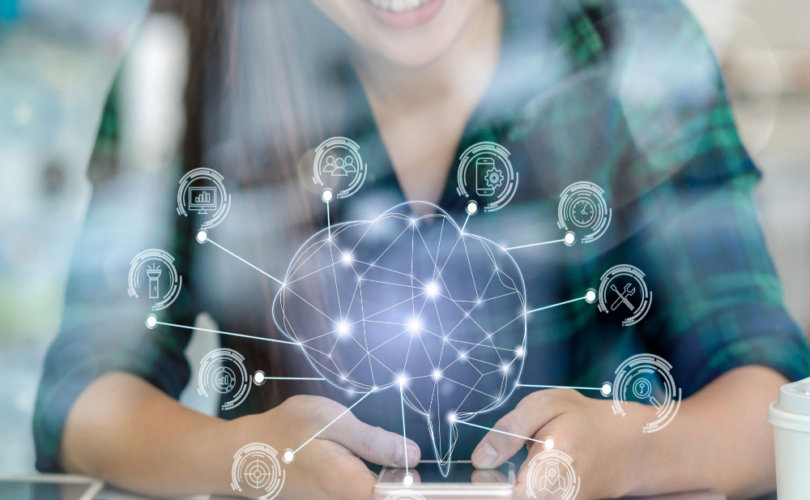 (LifeSiteNews) — An acclaimed author and investigative reporter is warning that the world is facing an “end times beast system” facilitated by biotechnology that can be used to monitor and even enslave us.

Referring the World Economic Forum (WEF)’s announced and ongoing plans of global government and the merging of man and machine, Leo Hohmann declared that while “voting is part of our civic duty,” “we are not going to defeat the hell that is coming our way through elections alone.”

“It’s time to stop playing by their rules, and call it what it is,” Hohmann said during a Monday panel discussion on “The Digital Gulag at Davos and the W.H.O,” hosted by the Stop Vax Passports task force.

“This is an end times beast system that launched into its final stages of a global coup that began with the COVID scandemic,” Hohmann said.

“It laughs at the idea of elections. They have their people entrenched in all the key positions of power,” he continued, referring to the elites who are accomplishing their goal of global government via the appointment of WEF Young Global Leaders as heads of state, for example.

The planned mechanism that will enable the WEF’s goal of the total monitoring and even control of human beings, according to Hohmann, is artificial intelligence that has centralized access to intimate information about ourselves, which can operate through biotechnology.

Hohmann believes that artificial intelligence (AI) “may very well turn out to be the nerve center of the coming beast system,” and that “its core mission is to eliminate free will in the human being.”

He pointed out that Klaus Schwab, founder and head of the massively influential World Economic Forum, has discussed in his books the idea that the “fusion of our physical, biological and digital identities” is driving the “Fourth Industrial Revolution.”

Hohmann explained that by “digital identity,” Schwab means our “entire online persona,” which he, on behalf of the globalists, wants to see “fused” with our “biological and physical identity so there would be no separation anymore,” and “anything you do would be fed through the internet to centralized decision makers.”

For example, the elites want to know and could know a range of our mental and physical reactions to certain stimuli, as well as whether we’ve eaten too much meat or have failed to take our latest booster shot or the medication we’ve been prescribed. Once we are connected into a computing system via biotechnology, “all this will be fed to a centralized computer system in real time,”  Hohmann said.

Once we allow the globalists to do this, we will have “hand[ed] over our body on a silver platter,” and let them “make assessments on how we should live.”

Yuval Noah Harari, an adviser to Schwab, has already described an example of the kind of monitoring AI could enable. Hohmann noted that Harari “used his own life as an example of how this will affect us,” describing how AI could have determined Harari was gay by age 12 simply by monitoring his eye movements and whether they focused more on men than on women.

Hohmann said that, according to Harari, the ability of AI to “know us better than we know ourselves” is being driven by revolutions in computer science, which can “store more and more data on smaller and smaller chips,” and biotechnology, as well as the merging of the two.

According to Hohmann, the globalists’ “obsession with vaccines” “makes a lot more sense” when one considers how these technologies can be used within the framework of vaccines. Hohmann suggested vaccines can use both nanotechnology and gene editing, and therefore “hack the human genome, as they say.”’

Ultimately, that the globalists aim to “eliminate free will” and that “they want to replace that free will with artificial intelligence” is suggested by Harari’s idea that such AI will make the idea of free will obsolete.

Harari explained to journalist Romi Noimark in 2020, “If you have enough data and you have enough computing power, you can understand people better than they understand themselves. And then you can manipulate them in ways which were previously impossible … And in such a situation, the old democratic situation stops function[ing].

“The whole idea that humans have this soul or spirit and they have free will … that’s over,” he added.