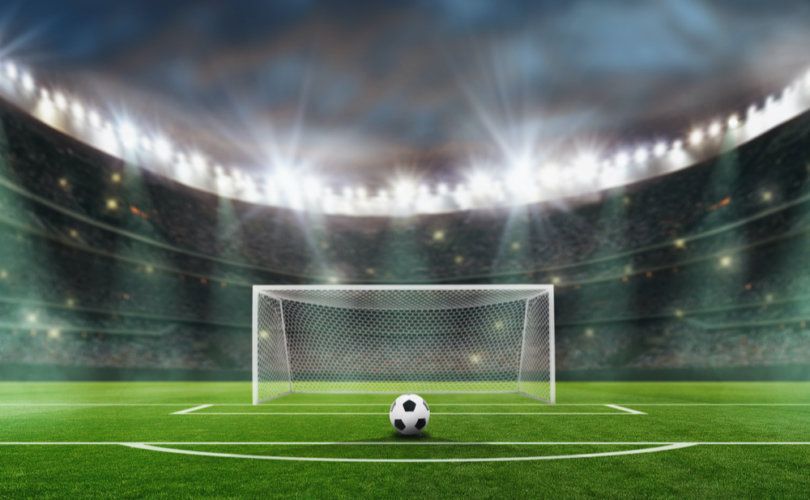 (LifeSiteNews) – As the world watches professional athletes around the world collapse at an alarming rate, three more European soccer players have been forced to leave the pitch early this week after suffering sudden bouts of illness.

This has provided more fuel for speculation that the conditions are linked to the COVID jabs.

Professional soccer players Piotr Zielinski, Martin Terrier, and Victor Lindelof, all of whom compete with top tier teams in European leagues, were all taken out of play in the last week owing to the sudden, yet seemingly inexplicable, onset of breathing problems and chest pains.

Napoli midfielder Zielinksi was forced off-field after just 16 minutes of play during a Sunday Serie A league match. The Daily Mail reported that the 27-year-old complained to medical staff early in the game that he was experiencing breathing difficulties and “was seen holding his neck, coughing and gesturing that he was struggling to breathe.”

NEW – Napoli midfielder Piotr Zielinski (27) was taken off after 19 minutes in Serie A match after struggling to breathe.pic.twitter.com/03uQQDthMz

Club officials at Napoli stated that the midfielder tested negative for the novel coronavirus after being treated off the field. An October report in Football Italia suggested that around 98 percent of Serie A team members had received a COVID jab, although it is unknown whether Zielinski elected to take the shot.

Terrier, a 24-year-old striker for French Ligue 1 club Rennes, was forced to leave Sunday’s fixture against Nice after suffering crippling chest pain just 30 minutes into the game. The striker can be seen holding his chest as he is escorted by a team of medics.

“For more than 10 minutes his heart rate was higher than normal, and he was a little shocked by this, so we had to replace him,” interim manager Ralf Rangnick said.

BREAKING: Manchester United Defender Victor Lindelof goes down pointing to his heart and is taken off the field with apparent chest pain.https://t.co/r582ILd0XE@KanekoaThaGreat pic.twitter.com/M4vVLNKi9q

Lindelof’s wife shared an update to the player’s condition on social media saying, “Yesterday he did a lot of tests and has a heart monitor on for two days to make sure everything is OK.” She later confirmed that she and her athlete husband have both received the COVID jab, though how many shots was not detailed.

The U.S. Centers for Disease Control and Prevention (CDC) recognized the correlation between myocarditis, a dangerous inflammation of cardiac tissue, and the mRNA-developed COVID shots back in June, declaring a “likely association” between the two.

Indeed, the CDC-run Vaccine Adverse Event Reporting System (VAERS) documents some 16,918 cases of both myocarditis and the related condition pericarditis – inflammation of tissue surrounding the heart – following reception of the COVID jabs since December 2020.

The recent occurrence of collapses and sudden ailments follows Danish soccer star Christian Eriksen’s life-threatening cardiac arrest during a Euro 2020 match in June. 29-year-old Eriksen had an operation to install an ICD (Implantable Cardioverter Defibrillator) after the incident, which helps to corrects irregular rhythms by sending an electrical pulse to the heart.

Consequently, the player has terminated his contract with top flight Italian side Inter Milan, as rules in Italy forbid professional sportsmen with an ICD from playing contact sports.

33-year-old Argentinian superstar Sergio Aguero announced his retirement from professional football in a tearful interview Wednesday after being rushed to hospital following chest pains and breathing problems during an October match.

The Barcelona forward had received the COVID shot and was an open supporter of the jabs, promoting uptake among 12-year-olds in a local Spanish publication.

(“The Argentinian forward of  FC Barcelona,  Sergio Aguero, is also calling on everyone aged 12 and over to get vaccinated! Remember, by getting vaccinated we do not allow the virus to spread as easily.”)

Reports suggest that Aguero had a heart operation at the age of 15, which could have contributed to his current condition.

Former England soccer professionals Matt Le Tissier and Trevor Sinclair both raised concerns about the pattern of sudden chest complaints in professional athletes witnessed in recent months, indicating that more investigation into the effects of the COVID jabs ought to be done.

Sinclair also commented on Lindelof’s unpredictable episode by pointedly posting a sarcastic “Nothing to see here” on Twitter.

Nothing to see here 😡 #Lindelof

Sinclair was previously silenced on live radio after he suggested that the sudden collapse of another soccer player could be related to a COVID-19 vaccine.