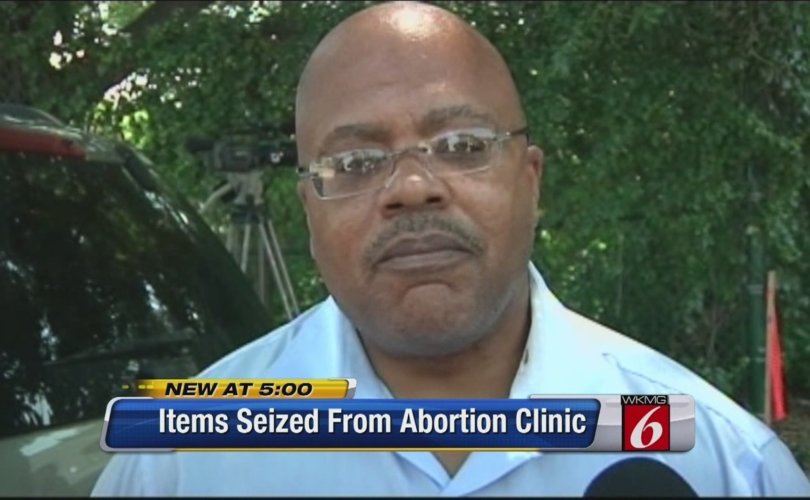 A religious charity purchased the former abortion facility as part of its Center of Life campaign.

Abortionist James Pendergraft closed the Ocala Women's Center last November after police in South Carolina arrested him for operating a “mobile abortion clinic” and narcotics charges. In addition to drugs, troopers found surgical instruments covered with blood and the remains of aborted babies.

Pendergraft has had his Florida medical license suspended five times, most recently in 2013 after failing to pay a $120,000 fine levied against him for botching a 19-week abortion in 2006.

In 2011, Pendergraft a jury forced him to pay a $37 million judgment after a botched 20-week abortion left the baby alive but severely injured.

Yet he continued to own and operate five abortion facilities. Shortly after the judgment, Pendergraft offered a coupon for $50 off any abortion performed on a Sunday.

However, his former Ocala office is now owned by Interfaith Emergency Services of Marion County, which is transforming the location into a health care facility's mission to serving the city's homeless and uninsured.

The new location, which was adjacent to IES's property, will allow the Hope Clinic to expand the number of people who already benefit from its range of medical and dental services.

The center's founder, Cindy Ann Grow, told local media a larger facility will let medical personnel offer “a vital service to this community that gives the homeless and the underprivileged an opportunity to get medical care without being a burden on the community.”

The Hope Center, which relies entirely on donations, currently sees only 100 patients a month due to size limitations. “Doctors were staying at the facility until 10 o’clock at night to try to see everyone so we realized very quickly that we needed additional space to expand our medical facility and this building is the perfect place because it joins both of our facilities,” she told local media.

In addition to medical services and counseling, IES serves the poor with a homeless shelter, food pantry, clothing distribution, gas vouchers, free lunch and tutoring for school-aged children, free eyeglasses and work boots, and help for those who need long-term prescriptions but cannot afford them.