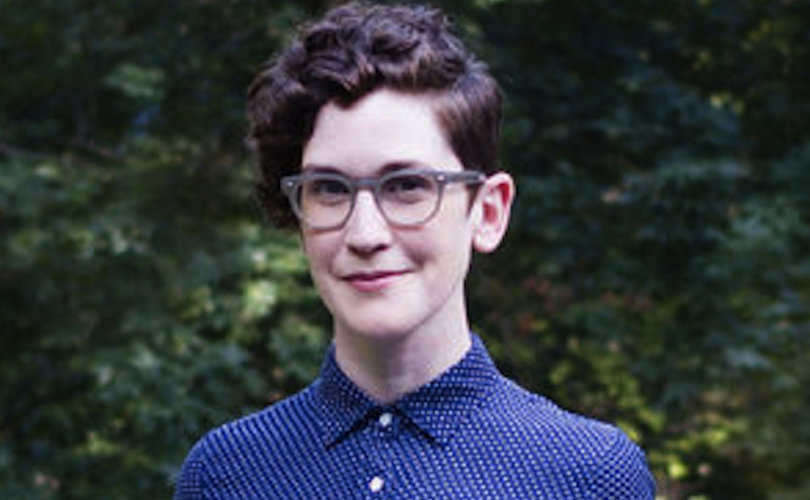 Pam Butler is the assistant director of the University of Notre Dame's gender studies program.

According to Gardey, Dianne Pinderhughes, a Notre Dame professor of political science, began a panel discussion of Reversing Roe by stating that pro-lifers were most likely to be those who want to keep America “white.”

“(Abortion) is an issue that allows for an effort to control the place of women,” she said.

“I’m sure you figured that out, or you wouldn’t be at this event. But also how people will reproduce, what the population will be, what it will be like,” she continued.

“Those who push so aggressively for reproduction, continued reproduction without any controls, are those who are also more likely to be in support of making sure the country stays predominantly, overwhelmingly white.”

“(Abortion) got politicized in a moment of a white supremacist strategy of the right wing of the Republican Party to mobilize a very specific set of evangelical Christians in the United States as a base,” she said.

Butler, who identified herself as a “longtime reproductive rights activist and organizer” suggested that by “almost exclusively” on abortion, white feminists have been playing into the hands of “white supremacists.”

“The white-dominated feminist movement concerned with reproductive rights focuses almost exclusively on the right to an abortion. … It seems like we’re capitulating to the framing of the issue that was defined by the 1980’s evangelical white supremacists,” she said.

Notre Dame history professor Karen Graubart, a white woman who identifies as “queer,” shared with her audience her “eugenic” use of in vitro fertilization.

“Fifteen years ago, I decided that my career was finally on track. I was a queer single woman with a great job at an Ivy League institution about to get tenure, and I decided that I needed to have a baby …,” she told participants.

“I went to a sperm bank, which is like the center of eugenics, right, that’s what sperm banks are … I was able to get myself pregnant, have a baby, and then create a life for myself using that.”

The Notre Dame history professor contrasted the “privileged” access to reproductive services she has experienced to that she believes is the lot of poor women of color. Just like “Reversing Roe,” Graubart suggested women with money will always have abortions.

In the event of Roe being struck down, Graubart said, “those of us who have any access to funds are going to be able to have abortions forever. And it’s basically just going to be poor women and predominantly women of color who already get inadequate health care, who are treated poorly by doctors, who are never going to be able to go in and argue for their right to this case.”

‘This pro-abortion event was unprecedented at Notre Dame’

William Dempsey is the Chairman of Sycamore Trust, a group of Notre Dame alumni and alumnae committed to defending and preserving the university’s Catholic character. He told LifeSiteNews that the establishment of the gender studies is to blame for abortion propagandizing at Notre Dame.

“This pro-abortion event was unprecedented at Notre Dame,” he said by email.

Dempsey stated that it testified to the character of the gender studies program at the school and the growing influence of Irish 4 Reproductive Health in promoting contraception and freedom to abort.

“There was not a word about the central role of the Catholic Church or the burning faith of pro-life Catholics and Evangelicals for the simple reason that no one was allowed on the panel who would speak it,” he said.

“Irish 4 has now been welcomed by the University as a sponsor of a pro-abortion event even as it is suing the university in federal district court to compel it to offer students free abortifacients. How bizarre!”

Pro-life educator Ryan Bomberger, who is black, told LifeSiteNews that the suggestions the pro-life movement is fuelled by white supremacy would be “laughable if it weren’t about the slaughter of over 62 million human lives since Roe.”

“Rabidly pro-abortion Notre Dame professors … calling pro-lifers ‘racists’ for tireless efforts to protect mothers and their unborn children, regardless of race or ethnicity, is truly a Twilight Zone moment,” he said.

“It’s a bizarre form of projection as they defend a violent institution actually birthed in eugenic racism and elitism. What worldview does the University of Notre Dame even hold to hire those whose extremist ideology is in direct conflict with Catholicism?” Bomberger asked.

“Invoking Reversing Roe — the crockumentary of the century — shows how the historically-challenged will rely on any lie to promote their brand of fake feminism. This pro-abortion propaganda pablum, from Netflix, conveys a political and social environment where only middle-aged white males are anti-abortion; over 20 are featured.”

Bomberger noted that the thousands of pregnancy help centers run by women are never mentioned in the film. Also, Reversing Roe features only two pro-life women, both of them white: Carol Tobias, president of the National Right to Life Committee, and Eagle Forum’s late Phyllis Schlafly.

The Radiance Foundation member indicated that the filmmakers had even whitewashed the pro-life movement.

“They show all kinds of diversity (gender/age/race) on the pro-abortion side, of course. Both the film and the Notre Dame panel of pro-abortion professors avoided the patriarchal fact that seven white men in black SCOTUS robes gave us the violence of Roe in the first place.”

Bomberger also observed that neither the Notre Dame professors nor the film had addressed the disproportionate numbers of African-American babies who are aborted.

“Neither the panelists nor the Reversing Roe crockumentary talk about how, for decades, more black babies have been aborted than born alive in New York City where eugenics spawned Planned Parenthood,” he said.

“Instead, they color the narrative by ignoring the diversity of the pro-life movement to satisfy a desperate attempt to defend Roe’s indefensible and disproportionate violence against black lives,” he continued.

“Death has always been the ultimate (and natural) consequence of the putridity of racism. The abortion industry, funded annually by hundreds of millions of taxpayer dollars, kills unborn black lives at rates (as in NYC) up to five times higher than the majority population — isn’t that white supremacy?”

“In other words,” said Terri Webster of The Blaze, “62 percent of abortions were performed on non-whites.”