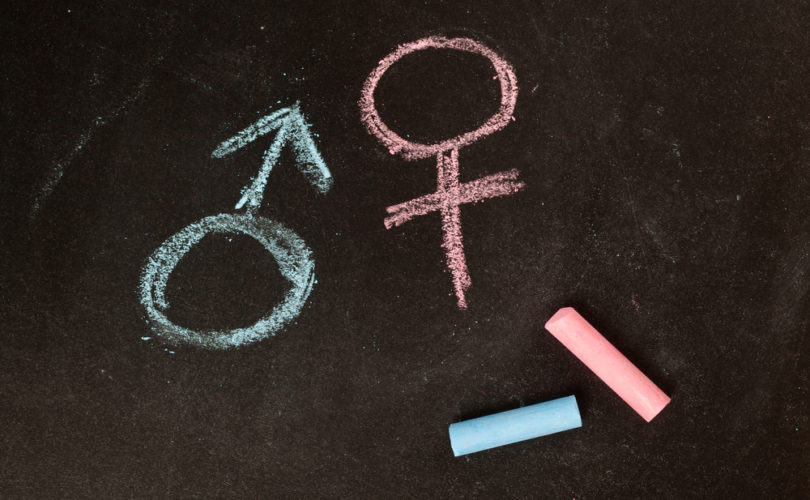 The University of Notre Dame’s 2015 pre-college summer course schedule includes a program entitled “Gender and Culture in American Society.” The program description on the Notre Dame website, which makes no mention of Catholic teaching on the sexes, begins by asking, “Are you male or female? How do you know? … What are the advantages to this gender system? What are the disadvantages?”

According to the program, which is for high school aged students, “Gender theorists argue that gender – our masculinity or femininity – is a performance rather than an innate characteristic, and … our ways of ‘doing gender’ are shaped by social cues and influences.”

Students will study “the gendered society in which we live, including the norms and values associated with each gender and how these affect personal life choices and social status.” Students will also “develop a basic understanding of current theoretical explanations of gender, including femininity, masculinity, sexualities, patriarchy, and feminism,” according to the article.

The Catechism of the Catholic Church states the following about the sexes:

Man and woman have been created, which is to say, willed by God: on the one hand, in perfect equality as human persons; on the other, in their respective beings as man and woman. “Being man” or “being woman” is a reality which is good and willed by God… In their “being-man” and “being-woman”, they reflect the Creator’s wisdom and goodness.

The Gender and Culture program is part of Notre Dame’s Summer Scholars series, which holds a variety of programs on various subjects such as Archaeology, Literature, and Theology. The programs will take place from June 27 to July 11, 2015. Participants in these programs spend two weeks studying one of the subjects. The “Summer Scholars” program has been praised “for its capacity to bring [students] out of their comfort zone with challenging academics, as well as inspire and excite them by providing a taste of what college life can be in all aspects.”

The professor leading the Gender and Culture program is Dr. Abby Palko, director of Undergraduate Studies in the Gender Studies program. In December 2011, she spoke for a University event entitled “Queer Theories: Ally, Gender, and Sexual Identity at Notre Dame.” Palko also moderates the Gender Studies Book Club, which last year read the graphic memoir of Alison Bechdel, acclaimed cartoonist and creator of the comic strip “Dykes to Watch Out For.”