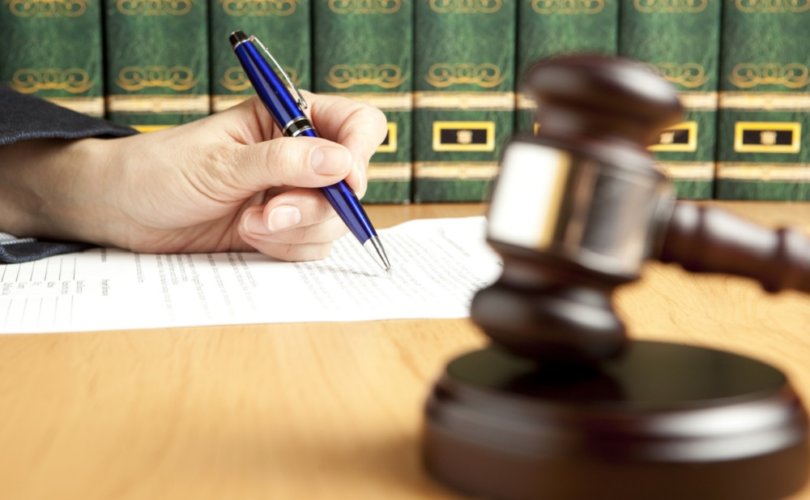 BRIDGEPORT, Nova Scotia, September 4, 2020 (LifeSiteNews) — A Nova Scotia judge cleared the way Friday for an 83-year-old man to go ahead with his plan to be lethally injected despite his wife’s objections that he is not eligible for euthanasia under Canada’s current law.

Referred to as “Katherine” in the press to protect the couple’s privacy, the 82-year-old wife is arguing that her husband of 48 years, who has chronic obstructive pulmonary disease, is not dying.

She also attests that he is not capable of consenting to euthanasia because he suffers from anxiety, has delusional beliefs about his health, and thinks he has medical conditions he does not have.

The man was rejected for euthanasia in April but was re-assessed in July by three pro-euthanasia medical practitioners and approved, Hugh Scher, the head of Katherine’s legal team, told LifeSiteNews in an earlier interview.

He was scheduled to be lethally injected on August 3, but Katherine threatened legal action against those arranging his “medical assistance in dying” and contacted the Euthanasia Prevention Coalition for help. Executive director Alex Schadenberg agreed to finance the court battle.

A retired university professor who does not share Katherine’s Christian faith, the husband thereupon left their home and is not speaking to his wife.

Scher argued in a hearing last week that an interim injunction must be maintained because the formal appeal hearing on September 24 will be moot if the man is euthanized before then.

Van den Eynden agreed in her decision that the man could go ahead and be euthanized before the appeal and concurred with the lower court that he would on balance suffer more if his wife’s request for an injunction were granted than if it were not, CBC reported.

She contended that the case had no exceptional circumstances warranting a stay.

“The Supreme Court of Canada decided that medical assistance in dying is a constitutionally-protected right. Parliament debated and passed the MAiD scheme into Canadian law. It seems Mrs. Y wants to relitigate issues that have been considered and decided by both the SCC and Parliament,” Van den Eynden wrote.

The ruling means that “a man can be put to death despite the fact that a hearing on the merits of the appeal is only days away on September 24,” Scher said in an emailed statement to CBC.

“The notion that a court should be precluded from resolving such a fundamental conflict about capacity and that the legal requirements of the criminal code are met is a glaring violation of the rule of law in Canada that puts vulnerable people at risk of death,” he added.

Scher pointed out that there were multiple conflicting opinions as to whether Katherine’s husband fit the criteria for euthanasia.

That an individual can be turned down by ten doctors but find two who approve his euthanasia “renders the safeguards and protections of the criminal law completely meaningless,” Scher said.

“Katherine calls on Parliament, the Nova Scotia Legislature and the courts to fix an arbitrary and broken legal process that permits the intentional killing by euthanasia of those who lack capacity and who don’t meet the most basic requirements of the law.”

“To schedule a hearing on the merits of the injunction for September 24 and then lift the temporary injunction on September 4, allowing him to die by lethal injection, makes a mockery of justice,” he said in a statement posted Friday on EPC’s website.

“If the case continues, and if it is decided that the husband lacked effective capacity to decide or did not qualify under the law, but at the same time he had already died by euthanasia is farcical,” added Schadenberg. “Katherine’s lawyers may ask for a formal review of the decision, but her husband might be dead before the review can be considered,” he said.

“This is a clear example of justice being denied.”

Bill C-14 defines a “grievous and irremediable medical condition” as a serious and incurable illness or disability that results in an advanced state of irreversible decline in capability and causes intolerable physical or psychological suffering. Natural death must be “reasonably foreseeable.”

Scher filed for a permanent injunction on July 31 to stop the man’s August 3 lethal injected, as well as a temporary injunction to stop his euthanasia going ahead while the case was in the courts.

The temporary injunction was briefly granted, but after an August 7 hearing, Nova Scotia Supreme Court justice Peter Rosinski released a decision a week later denying it.

Van den Eynden heard both matters on August 26. She set the appeal date for September 24 but did not release her ruling on the stay until Friday.

There are two other lawyers assisting Scher on the case and EPC, including constitutional law specialist John Campion, and the legal fees are expected to be at least $50,000, Schadenberg told LifeSiteNews in an earlier interview.