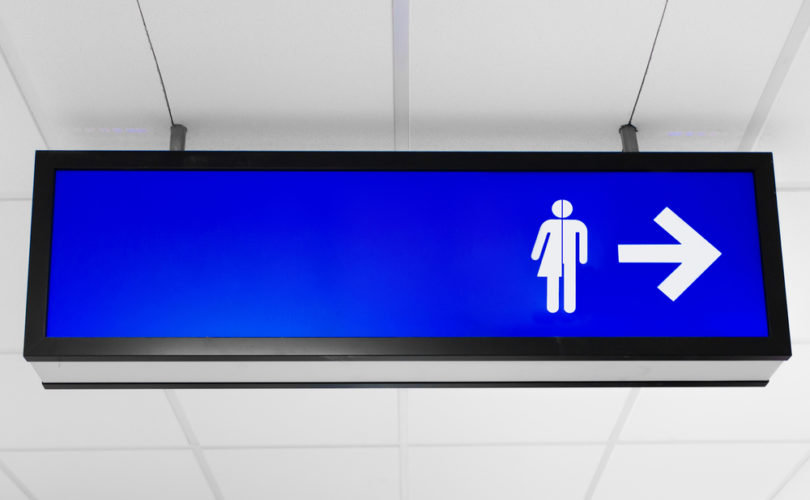 Nova Scotia public schools have joined those in Toronto and Vancouver with a policy encouraging transgendered students to the extent they can use any name and any washroom they please, male or female, depending on their “gender identity.”

But an American ex-trans man whose website discourages transgenderism warns that schools encouraging trans students will have “blood on their hands” when almost half of those who go on to have so-called sex-change surgery attempt suicide.

And a prominent Canadian psychiatrist says counselors who recommend such surgery or prescribe opposite-sex hormones may be guilty of “possible malpractice.”

Nova Scotia’s guidelines, say critics, allow “trans” students to pick their gender.  Under a general directive to “promote and celebrate transgender and gender-nonconforming communities,” the policy states that “a student does not need permission to use the washroom that aligns with the student's gender identity.”  The policy recommends schools provide a separate, single-space washroom for trans students where possible but in the meantime they should be allowed to use the washroom of the opposite sex. It urges that material supporting transgenderism be taught and transgendered staff be hired. As well, students can crossdress, and use an opposite sex name and washroom without their parent’s consent after Grade 6.

This is all wrong, Walt Heyer, 74, who maintains a website called sexchangeregret.com, told LifeSiteNews. “Forty one percent of men who have had sexual reassignment surgery (SRS) later attempt suicide. They tried to do the impossible. You cannot change your gender.  They fell for the biggest fraud in medical history.”

“Schools shouldn’t be encouraging students in their transgenderism,” said Heyer. “They should be directing them to counselling. Because transgenderism is a co-morbid disorder. It goes hand-in-hand with schizophrenia, with depression, with disassociation.” His own mental disorder was disassociation, caused by sexual abuse as a child, but others contract gender dysphoria, the clinical term for being unhappy with one’s sex, from far less sinister causes, he added.

Not only do people with these disorders have higher rates of suicide than the general population, but 41 percent of transgendered people who undergo sexual reassignment surgery later attempt suicide. That is 10 times the rate for the general population and twice that of gays and lesbians, according to the Williams Institute.

But the National Gay and Lesbian Task Force and National Center for Transgender Equality, which conducted the survey that revealed the high post-surgery rate, argues the cause is intolerance, not the inherent wrongheadedness of the operation.

“I know my own experience,” rebutted Heyer. “I tried for eight years to make it work. But you can’t change people’s sex by changing their equipment. Suppose you do turn a man’s penis inside out (the procedure in male-to-female SRS), his brain and his bone structure, his everything is still that of a male.” Heyer also disputes claims that transgendered people have physically different brains or genetic structure than people with the same external genitalia. “The evidence,” he insists, “is that they are exactly the same.”

Dr. Joseph Berger, a prominent Toronto psychiatrist who has testified before a parliamentary committee against transgendered “rights,” agreed with Heyer that “there is no evidence showing any difference. If a person really believes he is, for example, a woman trapped inside a man’s body, then he is nuts, he is psychotic. You don’t treat that with surgery. If you hold a gun to the person’s head and say, do you really believe it? and they say, ‘no, I’m just unhappy,’ you don’t treat that with surgery either.”

Berger worries that political pressure is forcing school boards and schools to pander to what may really be nothing more than classic attention-grabbing behavior from youth caught in a big system. “This is a way for a young person to say ‘I am special,’ when he or she feels lost among hundreds of others.”

Berger is also concerned with the motives of the parents, whose relational difficulties can translate into a child’s gender dysphoria. These parents may bring in their child for a sex change when the problem is theirs, not the child’s.

As well, Berger is critical of health professionals who encourage teens to consider sex change surgery. “Any doctor or psychologist who advises a teenager to start hormone therapy or sexual reassignment surgery is engaged in possible malpractice,” Dr. Berger warned. School policies such as gay-straight alliances or special treatment can be dangerous when they push a student towards hormone therapy or surgery that cannot be undone, and could bring lasting regrets. “There is no good reason not to wait,” said Dr. Berger.

However, a Christian author of transgendered fiction under the nom de plume Andrea DiMaggio told LifeSiteNews that he self-identified as female from an early age.  “Starting from the beginning, I felt different, and prayed when I was 5 that God would change me, because I didn't feel right as a boy.  I closely identified with my sister, who was two years older than me.” Only later did his parents sexually abuse him.

DiMaggio thinks the Church should take their cue for how it should treat transgendered people from St. Paul’s letter to the Galatians, citing the famous passage,  “There is neither Jew nor Greek, there is neither slave nor free, there is no male and female, for you are all one in Christ Jesus.”

DiMaggio believes there is a good chance the cause of gender dysphoria is  “organic,” rather than psychological. He speculates that in his case the cause could be the drug many mothers took to ease pregnancy during the 1950s, called  Diethylstilbestrol, which has been linked to changes in brain chemistry in infants.

Meanwhile a group of parents is suing the Vancouver School District to reverse its new policy towards transgendered students. The policy approved last summer gives trans students free rein, say the 150-plus parents in the group, while ignoring the rights of the general school population.  The group’s lawyer, Masao Morinaga, told LifeSiteNews that the group would be satisfied with a policy such as the Edmonton Public School District’s, which “recognizes the rights of all students to privacy and security of person,” not just the rights of trans students.

The Edmonton board also differs from Vancouver in mandating accommodation to a student’s “consistently asserted” gender identity, a phrase not found in the Vancouver policy, said Morinaga. This opens up the possibility in Vancouver that students can change their “self-identity”—and washrooms or change rooms—on a whim.

Morinaga said his clients were not worried so much about students who are serious enough about their transgenderism that they are undergoing hormonal therapy or surgery. “We are more concerned about people who are just cross dressing.”

Meanwhile the Vancouver Catholic school system, under pressure from the British Columbia Human Rights Tribunal and an aggrieved trans student, formulated a policy this summer to address these issues.  It directs schools to accommodate all students who require privacy in their use of bathrooms or change rooms, regardless of the reason, and calls for a case-by-case approach to addressing the specific needs of trans–or any other—students. It makes room f0r students who want to behave as if their gender were different from their sex, by using the name they choose, for example.  But the policy also affirms Catholic teaching that “one’s sexual identity is rooted in one’s biological identity as male or female” and cannot be changed.