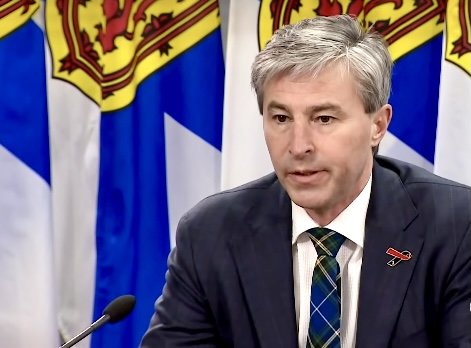 HALIFAX, Nova Scotia (LifeSiteNews) — Nova Scotia announced Wednesday that the province will scrap all remaining COVID restrictions by March 21, including a vaccine passport that will be discontinued next Monday.

The announcement came from Premier Tim Houston, who at a Wednesday press conference told Global NEWS: “Assuming everything stays on course, effective March 21, all remaining COVID restrictions in Nova Scotia will be gone.”

Houston opted to not discuss case counts and hospitalizations during his announcement and argued that “COVID zero is not a reality.”

“Living with COVID, that has to become our new reality.”

The premier explained that while lifting all COVID restrictions could come as “a scary thought for some Nova Scotians,” who have felt “protected by the restrictions,” others on the other hand have had restraints on them “that have stopped them from being able to really live their lives.”

“I know you want your life back to normal,” Houston said. “Today, you should see this as the announcing of a return to normalcy.”

The premier also announced that the so-called vaccine passport, or proof of vaccine, will be eliminated as of next Monday.

“The proof of vaccine has served its purpose,” he said, “but it was only ever meant as a temporary measure.”

Houston claimed that lifting the measures was in part possible because of a “better understanding” of COVID, but he also praised the high rate of vaccination in the province.

He concluded his announcement by calling for the government to “have confidence” in the people.

“We are at a point where we have to have confidence in Nova Scotians’ ability to use the tools available to them without the government telling them that they have to,” Houston said.

1
Vatican official at Davos says the Church is implementing the World Economic Forum agenda
2
Abortion is the exertion of power over the vulnerable, and one pro-choice mom just proved it
3
World Health Organization temporarily withdraws controversial US amendments to proposed treaty
4
Virginia bishop says he will enforce Communion ban for Nancy Pelosi in his diocese
5
Mainstream media admits Trudeau’s anti-Catholic ‘mass grave’ narrative was a hoax
Subscribe to Daily Headlines »