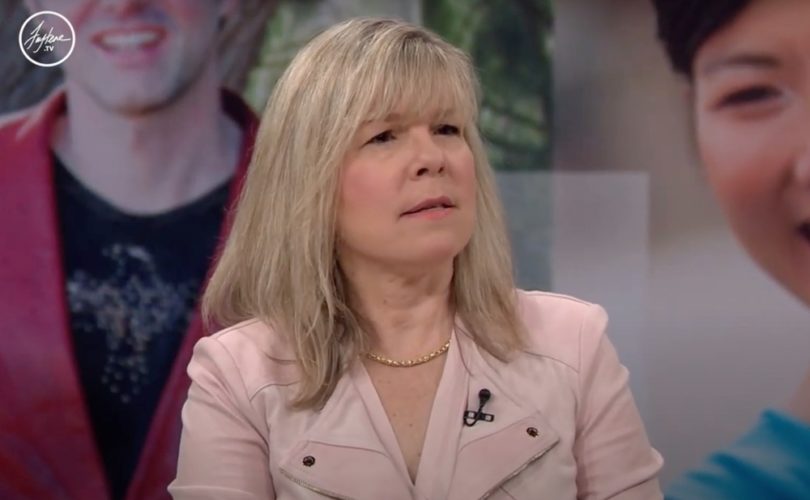 Lisa Bildy, lawyer for the Justice Centre for Constitutional Freedoms (JCCF) called the induction a stunning display of 'overreach' by the court.Faytene Show / YouTube

HALIFAX, Nova Scotia, May 19, 2021 (LifeSiteNews) – A Canadian provincial Supreme Court has ordered a “halt” to all “anti-vaccine and anti-public health order protests,” through a court injunction, a move which one constitutional lawyer says is a spectacular display of “overreach.”

“This injunction order is stunning in its breadth and overreach. Essentially, it is prohibiting anyone in the province of Nova Scotia from exercising their freedom of peaceful assembly, or even posting about it on social media. If they do, they face arrest and contempt of court proceedings which could lead to significant fines and even jail time,” Lisa Bildy, lawyer for the Justice Centre for Constitutional Freedoms (JCCF) told LifeSiteNews.

In statement sent out last Friday, Nova Scotia Justice Scott Norton granted the injunction to “prohibit” all rallies which go against to province’s health orders.

According to the Nova Scotia government, the injunction “prohibits any rally that would contravene the province’s public health directives,” as well as promoting such events on social media.

Bildy said that in his court order, Norton made “numerous assumptions about the benefits and necessity of lockdowns,” and stakes the claim that “science, medicine and common sense are all on the side of the government's unprecedented measures taken over the last 14 months.”

However, Bildy told LifeSiteNews that the order was made “without notice to any other party, and therefore without any evidence to the contrary or cross-examination of the government's witness which might challenge those assumptions.”

“The order doesn't just apply to those named in it, but to anyone who ‘acts independently to like effect’ and has notice of it,” said Bildy.

The injunction came about because of planned protest which was to be held on May 15 by the group “Freedom Nova Scotia.”

“Canadians have a right to freedom of peaceful assembly and freedom of association in Section 2 of the Canadian Charter of Rights and Freedoms in The Constitution Act of Canada, 1982 and Part 1 of the Canadian Bill of Rights. These rights do not go away just because of a provincial ‘health emergency,’” stated the group.

According to Justice Norton, the group’s plan to stage an anti COVID-19 lockdown rally showed “a callous and shameful disregard for the health and safety of their fellow citizens.”

Rankin said that all “Nova Scotians must respect the public health orders and directives.”

“This is particularly important as the province and our health-care employees work around the clock to care for people in this third wave of the pandemic,” said Rankin.

The court injunction is to remain in place until Nova Scotia comes out of its “state of emergency,” which bans all worship services, public gatherings, and has shuttered schools, events, and in-person dining at restaurants.

Recently, the JCCF successfully applied to amend a similar “far-reaching” court injunction in the province of Alberta, which gave police the power to arrest anyone attending a protest. Police in Alberta can now only arrest those who are specifically mentioned in a court order.

As of this writing, Nova Scotia, with a population of just under one million people, states that there are 74 people in hospital with 21 of those being in ICU attributed to COVID-19, with 1,435 active cases.

Recently, worshipers from the Nova Scotia Weston Christian Fellowship Church were collectively handed fines totaling nearly $75,000 after holding services which contravened local COVID rules. The church itself was hit with a $11,622.50 charge.

Noted in the same report about the church fines was the fact that more people died in 2018 in Nova Scotia than they did during the same timeframe under COVID-19 lockdown.

In total, 71 people have passed away with a positive COVID-19 test since the start of the crisis in Nova Scotia. A total of 9,720 people died between July 2019 and 2020, meaning official coronavirus deaths amounts to 0.72 percent of the annual reported deaths in the province.

LifeSiteNews found that the population of Nova Scotia grew by grew by 3,551 people between the first quarters of 2020 and 2021, yet there were more overall deaths (9,835) in the year before the COVID-19 crisis began.