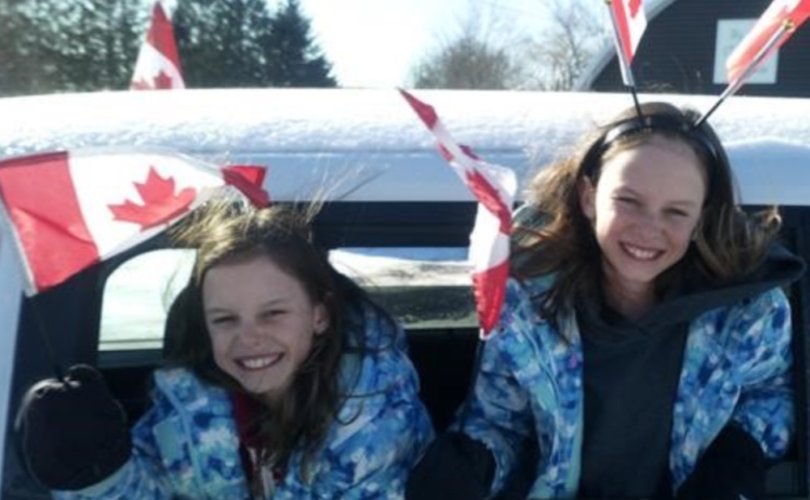 HALIFAX, Nova Scotia (LifeSiteNews) —Hundreds of vehicles made a “slow roll” through Nova Scotia to protest COVID restrictions over the weekend.

The protest took place despite the Canadian province expanding its attack on the right to peacefully demonstrate in the streets.

The Government of Nova Scotia expanded its prohibition on blocking or disrupting traffic from certain highways to all the roads in the province on Friday. Despite the unconstitutional order, LifeSiteNews’ Celeste McGovern reported that “The ban didn’t deter anyone,” as hundreds of vehicles made a “slow roll” through the province and into its capital Halifax with no interference by the Royal Canadian Mounted Police (RCMP).

“The Province issued a directive under the Emergency Management Act today, February 4, prohibiting protesters from blockading or disrupting traffic on any road, street or highway in Nova Scotia,” reads the Nova Scotia government website.

“The new directive follows a similar one issued January 28 banning protesters from organizing a blockade of Highway 104i at the Nova Scotia-New Brunswick border in support of the 2022 Freedom Convoy and the Atlantic Hold the Line event,” the press release states.

“Individuals and corporations could be fined for failing to comply with the directive. The directive will remain in place for the duration of the provincial state of emergency.”

According to the order, private citizens can be fined up to $10,000 for violating the directive, while businesses can be hit with fines up to $100,000.

Nevertheless, McGovern reported that the order went unenforced by police over the weekend as hundreds of vehicles headed to the province’s capital to protest the COVID regime.

“In Windsor in the Annapolis Valley there were more than 150 cars. We drove 50 kilometers to Halifax, and more were feeding in from everywhere. I don’t know how many were in the ‘slow roll’ through downtown in the end because I was in the middle of it. But it was big,” McGovern continued.

“A friendly RCMP lady had instructed us to move from where we were gathering in a parking lot and told us to line up along the road. She said the mayor of Windsor didn’t want us there. I asked about the ban on the roads, and she said, ‘Well, I’m the one telling you to go there, and I’m the one who hands out the tickets. So don’t worry about it. We’re keeping this positive.’ She was smiling. It was a great day.”

When the first version of the order was announced in late January to stifle support for the “Freedom Convoy 2022” protest in Ottawa, many took to social media to accuse Nova Scotia of dictatorial action.

In a press release regarding the Freedom Convoy overall, the legal group Justice Centre for Constitutional Freedoms affirmed, “The right to peacefully protest is a fundamental right protected under the Canadian Charter of Rights and Freedoms. Governments across Canada have ignored Canadians and bypassed their elected representatives in the passage of health and vaccination mandates which strip people of their jobs and civil liberties.”

“People are tired of being ignored by the indifferent elite. The lack of meaningful democracy means citizens have no voice regarding health mandates. They have a right to peacefully protest and have their voices heard,” added Jay Cameron, Justice Centre Litigation Director.