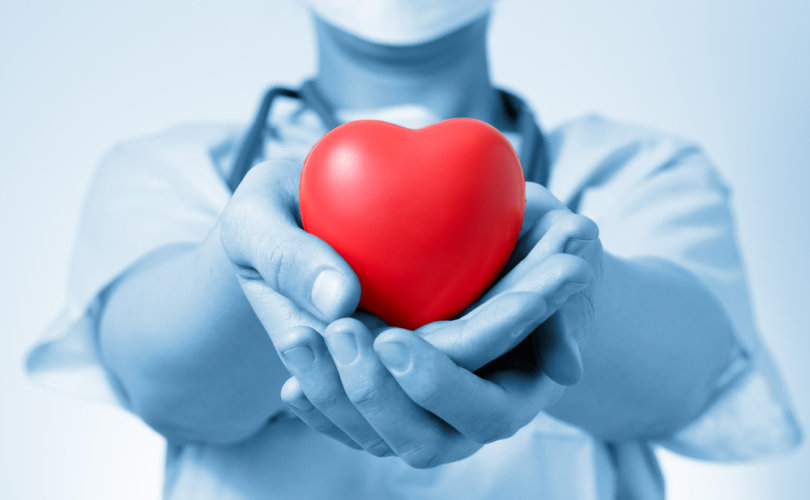 HALIFAX, Nova Scotia, April 4, 2019 (LifeSiteNews) — Nova Scotia’s Liberal government tabled a bill Tuesday that will make everyone in Nova Scotia over the age of 19 an organ donor unless he chooses to opt out.

A number of European countries, including Spain, Croatia, Portugal, France, Austria, Italy, and Finland, have “presumed consent” laws, as do Belgium and the Netherlands, where euthanasia is legal.

The Liberals will not proclaim the bill for 12 to 18 months after it is passed in order to prepare health care workers for the change, reported CBC.

McNeil said Nova Scotia has one of Canada’s highest per capita rates of willing donors.

“That doesn’t always translate into the actual act of giving,” he said. “We know that there are many ways that we can continue to improve the system that we have.”

But critics say presumed consent for organ donation opens the way for fatal abuse of vulnerable patients, with Nova Scotians possibly at an increased risk, given that euthanasia is legal in Canada.

Medical experts and ethicists such as Dr. Paul Byrne, American neonatologist and professor of pediatrics, and Doyen Nguyen, professor at Rome’s Pontifical University of St. Thomas Aquinas, have debunked the idea of “brain death,” calling it a “medical fiction” used to justify harvesting organs from patients in irreversible comas.

Byrne has compared the concept of “brain death” to slavery.

“Slavery was doing evil things to persons. This issue of ‘brain death’ was invented to get beating hearts for transplantation. And there is no way that this can go on. It must get stopped,” he told LifeSiteNews in an earlier interview.

Julie Grimstad of the American Healthcare Advocacy and Leadership Organization, or HALO, agrees there is reason to oppose “opt-out” legislation.

“The first principle for any medical procedure is informed consent. This bill would bypass consent altogether, let alone ‘informed’ consent,’” she told LifeSiteNews in an email.

“This is an infringement on patient autonomy — voluntary choice — which everyone seems to be so concerned about protecting when it comes to the ‘right’ to choose to die,” Grimstad said.

“Will the general public even be informed that they must opt out if they don’t wish to be organ donors? Will there be a national registry for people who opt out of organ donation? Will they be required to carry a ‘refusal to be an organ donor’ card on them at all times in case they are ever in an accident, have a sudden stroke, etc. so that their organs will not be taken by default?” Grimstad pointed out.

In practice, “haste is generally the rule because organs begin to deteriorate rapidly when a person is really dead,” she said.

“An ‘opt out’ system will adversely affect many people, perhaps even the legislators who are in favor of such a law or their loved ones. Would they want to receive a call that a loved one — their 21-year-old son, for example — was in a terrible accident, determined to be ‘brain dead’ and is now in surgery for removal of his organs?”

Moreover, decisions on medical treatments could tip toward hastening death to facilitate organ donation, she warned.

“One thing that really concerns me about an ‘opt out’ system is that things can be done to the brain-damaged person that will actually make the brain-damage worse and bring about the person’s death,” Grimstad said.

“For instance, the person may have brain swelling, which would require limiting fluid intake to reduce swelling, but, in order to preserve organs, fluids may be increased,” she told LifeSiteNews.

Another danger is that an “apnea test” could be used to determine “brain death,” Grimstad said.

During an apnea test (“apnea” means “the absence of breathing”), the “life supporting ventilator is removed for up to 10 minutes. This is medical suffocation. The patient can only get worse with this test. This test is commonly done without requesting permission.” Dr. Byrne warns in the pamphlet “Do Your Organs Belong to the Government?”

“It is simply wrong to do something to a person which may be harmful to them or even kill them in order to keep their organs healthy for transplant,” Grimstad said.

Nor is it alarmist to foresee that coupled with euthanasia,  presumed consent legislation for organ donation could lead to non-consensual killing of patients for organs, according to anti-euthanasia advocate Wesley Smith.

Euthanasia without consent is illegal in the Netherlands but “happens anyway, and not rarely. Various studies come up with different numbers, but it seems safe to say that hundreds of patients — 431 in 2015 — are killed each year non-voluntarily,” Smith pointed out in a scorching critique of the Dutch organ donor opt-out scheme.

“The government plans to send letters to people with options they want regarding donation. Silence will be considered consent,” he wrote.

“So, that means a patient could very conceivably be both killed and harvested without having requested it.”