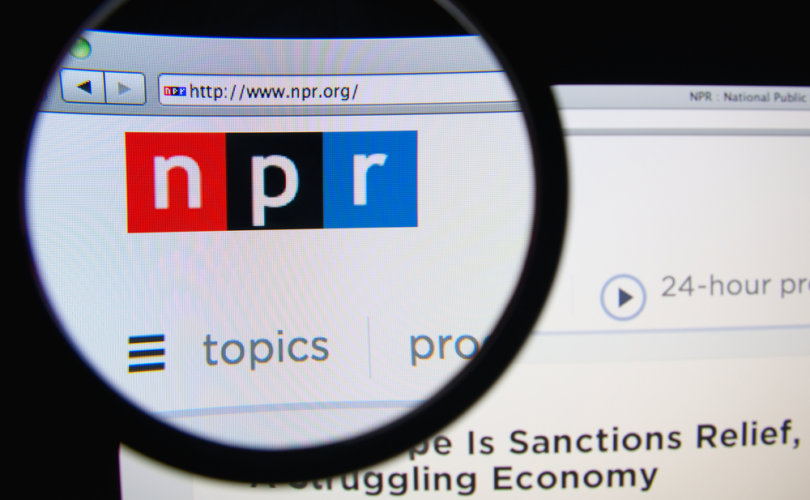 WASHINGTON, D.C., May 22, 2019 (LifeSiteNews) — As pro-life laws remain a hot topic in the news, National Public Radio has issued a “guidance reminder” on the terminology it expects its reporters to employ, all of which is slanted to support pro-abortion assumptions and grievances.

Posted on May 15 by Mark Memmott, NPR’s supervising senior editor for Standards and Practices, the guidance is prefaced by a reminder not to refer to the new Georgia law or its predecessors as “fetal heartbeat” laws because “that is their [proponents’] term,” and “we should not simply say the laws are about when a ‘fetal heartbeat’ is detected” despite the fact that detecting a heartbeat is the legislation’s deciding factor in whether an abortion may be committed.

The guidance itself first directs reporters not to use the terms “partial-birth abortion” or even “late term abortion,” as they too are the favored terms of pro-lifers. “Partial-birth is not a medical term and has no exact parallel in medical terminology,” it argues, without acknowledging that the term accurately conveys the procedure’s central characteristic of partially passing the baby through the cervix before carrying out the abortion.

“Though we initially believed this term [late-term abortion] carried less ideological baggage when compared with partial-birth, it still conveys the sense that the fetus is viable when the abortion is performed,” NPR explains, claiming that abortions at five and six months are “not considered ‘late’ pregnancy.”

“NPR doesn’t use the term ‘abortion clinics,’” it continues, preferring “medical or health clinics that perform abortions” to convey that abortion centers “perform other procedures and not just abortions.”

Ironically, pro-lifers also tend to oppose “abortion clinic” for a different reason: rejection of the premise that abortion is a legitimate health service. “Health care” is traditionally defined as the treatment of illness or injury to preserve or enhance life, whereas abortion is the intentional killing of one individual (the child) for the perceived (and overwhelmingly non-medical) benefit of another individual (his or her mother).

“Do not refer to murdered Dr George Tiller as an ‘Abortion Doctor,’” NPR adds. “Instead we should say Tiller operated a clinic where abortions are performed.” Tiller’s favorable biography at the George R. Tiller Memorial Fund’s website acknowledged that Tiller’s practice “specialized” in late-term abortions.

Most controversially, the guidance urges reporters to avoid using the terms “unborn” and “baby” even when covering violence against the pregnant mothers of wanted children, because “babies are not babies until they are born. They’re fetuses,” and “incorrectly calling a fetus a ‘baby’ or ‘the unborn’ is part of the strategy used by antiabortion groups to shift language/legality/public opinion.”

In fact, Johns Hopkins Medicine, the Mayo Clinic, and the U.S. Department of Health and Human Services all use “baby” to describe the preborn, while Black’s Medical Dictionary says “fetus” is simply the “name given to the unborn child after the eighth week of development.” Further, definitions of “baby” found in the Collins English Dictionary, the American Heritage Dictionary, Webster's New World College Dictionary, Macmillan Dictionary, and Vocabulary.com all expressly include the preborn.

Finally, NPR forbids referring to the two sides of the abortion debate as “pro-life” or “pro-choice,” insisting that they be described as “supporters,” “advocates,” or “opponents” of “abortion rights.” For good measure, it allows “anti-abortion rights” but forbids “pro-abortion rights.”

“A quick glance at the NPR website shows no similar fastidiousness about the phrase ‘assault weapons’ or ‘assault-style weapons,’” National Review’s Ramesh Ponnuru observed. “If only NPR found putting out pro-abortion spin as unacceptable as it finds the phrase ‘pro-abortion.’”