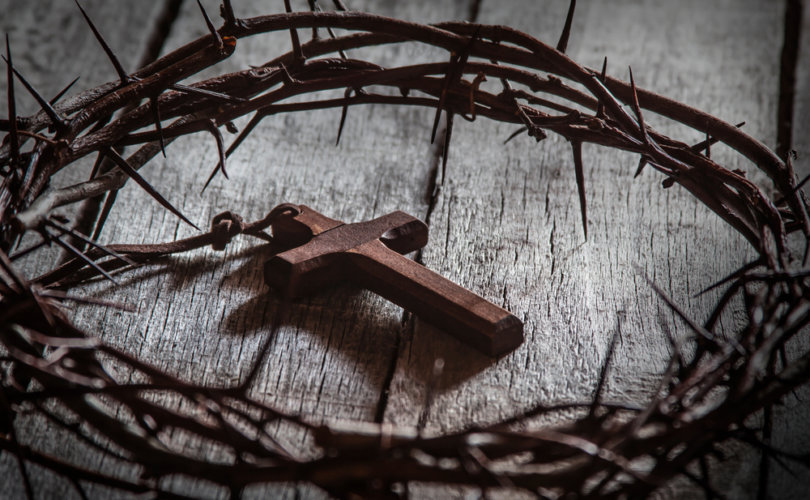 Crown of thorns with small crossShutterstock

November 13, 2020 (LifeSiteNews) — Several well-researched studies released this year show that Christianity remains the most persecuted religion in the world, with some form of harassment occurring in 145 of 198 countries in the world.

Pew Research conducted a study, the 11th of its kind, dealing with data in 2018, which is the most recent year included in the survey. Pew defined harassment as “a wide range of actions – from verbal abuse to physical violence and killings – motivated at least in part by the target’s religious identity.”

Pew also noted the trend in certain parts of the world to become centers for Christian persecution. In the “Middle East-North Africa region,” Christians are harassed in 19 out of 20 countries. While social persecution occurred in 15 of those, government harassment existed in 19.

In the Asia-Pacific region, too, “Christians reportedly were harassed by governments or social groups in 80 percent of countries.”

Reporting on the plight of persecuted Christians in 2019, Fr. Armand de Malleray of the Priestly Fraternity of St. Peter (FSSP) compiled a summary of the Second Budapest International Conference on Christian Persecution, in which he learned that 245 million Christians are persecuted every day, precisely because of their religion.

Aid to the Church in Need’s (ACN) own 2017-2019 report noted, “Around the world, Christians are a favoured target for violent militant extremists who operate without boundaries and who perceive local Christians as a legitimate alternative to a direct strike on the West.”

The website Open Doors USA compiled its own 2020 World Watch list, in which it gave astonishing statistics. The records showed that in the last year, there were “2,983 Christians killed for their faith, 9,488 churches and other Christian buildings attacked, 3,711 believers detained without trial, arrested, sentenced or imprisoned.”

Open Doors stated that “Christian persecution is higher today than at any other time in modern history.” It also highlighted, “In seven of the countries in the World Watch List’s top 10, the primary cause of persecution is Islamic oppression.”

ACN emphasized that “Church attacks in Sri Lanka and the Philippines show that there is now an unholy trinity of threats facing Christians in South and East Asia: Islamic extremism, popularist nationalism and authoritarian regimes.”

Islamic oppression was a theme that Fr. de Malleray also mentioned. “Since its inception, Islam has been a major factor of anti-Christian persecution,” he wrote.

However, despite the threat to Christians that Islam poses, he noted that “Communism under its political and now cultural guises is even more harmful than Islam, if ever possible.”

Fr. de Malleray further commented that in the U.K. and the West, generally “most of the recent laws undermining the natural and Christian order indicate further Marxist oppression.”

His statements are vindicated by ACN’s own designation of North Korea, headed by communist dictator Kim Jong-Un, as “the world’s most dangerous place to be a Christian.” Open Doors added, “If North Korean Christians are discovered, they are deported to labor camps as political criminals or even killed on the spot.”

London-based Korea Future Initiative (KFI) recently published a very detailed account of religious, specifically Christian, persecution in North Korea and China between 1990-2019. The investigators conducted 117 interviews with survivors or witnesses of the North Korean prison camps. “273 victims of religious freedom violations” were recognized, with 215 of them having been Christians.

Prisoners noted that “the harshest punishments were reserved for Christians.”

The victims were between ages 3 and over 80 years old. One prisoner said, “There is no religion in the world and Kim Jong-il is God,” and as a result Christianity was particularly singled out in the public schools as an area for “anti-religious education.”

One victim was found to possess a Bible, for which the punishment was being sent straight to a prison camp. Another person, also found owning a Bible, was shot “in front of 3,000 residents.”

KFI documented that among the 273 identified victims, there were 32 “incidents of sexual violence and forced abortions that were perpetrated against persons who experienced criminal charges based on their religious adherence.” Communist prison guards would suffocate to death all babies born alive when the abortion procedure did not previously kill the baby.