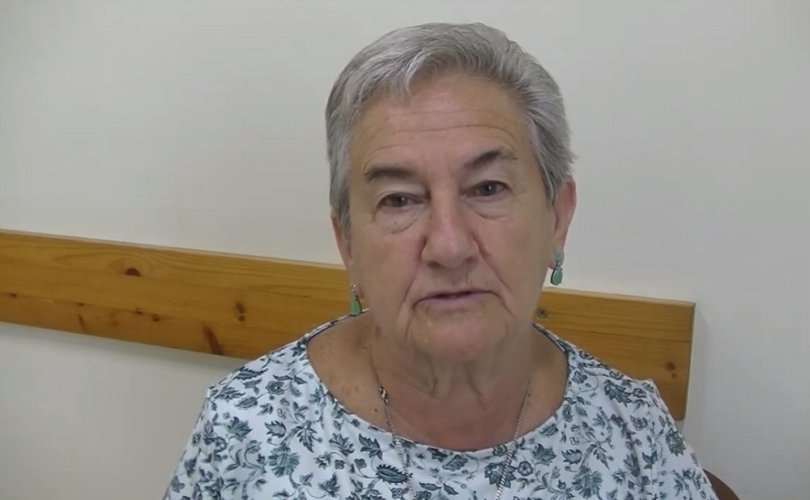 ROME, June 17, 2019 (LifeSiteNews) — A nun appointed by Pope Francis to the Vatican body tasked with offering strategic direction to the Synod of Bishops’ gatherings has stated that the priesthood will become accessible to women in “small steps.”

Sister Maria Luisa Berzosa, who was among the first four female consultors to the General Secretariat of the Synod of Bishops, whom Pope Francis appointed in May, said necessary steps are now being taken for women to achieve greater visibility in the Church structure, even while they may be “small” steps.

“Things would have to change,” she said. “But I think that if steps are taken, processes are made, responsibilities are assumed, the [ordination of women] can be at the end of this process, without much ado, as a natural progression,” she said in a June 15 interview with Crux.

Sister Berzosa is a Spaniard who belongs to the Daughters of Jesus (Jesuitesses) congregation. Berzosa is the leader of Faith and Joy (Fe y Alegría), an international organization that promotes the Jesuit vision of education and social welfare, mostly in Latin America. Since its creation in 1965, the General Secretariat had never before had female members.

Berzosa, speaking to Crux, described herself as an “optimist” with regard to change within the Catholic Church.

“It is true that when I accompany a person spiritually, I can’t hear their confession,” Berzosa lamented, “and I have to call somebody else to lead the liturgy. And sometimes I wish I was able to do that.”

Berzosa said women are “living members of the Church and not mere spectators.” Women, she said, need “more visibility, more places of leadership, positions of responsibility, a bigger presence in the decision making.” While saying civil society has led the way in that regard and much needs to be done in the Church, Berzosa said she is “optimistic.” She said, “I never lose hope, and I want to believe that while we continue taking small steps in the right direction, even if they seem insignificant, that we are moving forward, without stopping.”

When she was asked about the role the pope plays in creating what Berzosa has described as a path forward through dialogue, Berzosa said: “He builds this path through his gestures, with his words, his attitudes,” speaking more with gestures than with words. While the pope may not accomplish everything she would like, Berzosa said she values his “little gestures, each small step forward.”

In an interview with ReligionDigital, Berzosa said she had not expected her nomination to the General Secretariat. While she had participated in October’s synod on young people, Berzosa said her new role offers her a more permanent place. “Are we headed toward a Synod of the People of God? Without a doubt, this is a step on the way. I hope that we can reach it that way.” She said the pope wants “synodality to become a reality.” His references to the “holy people of God” are significant. He wants a return to the Church of Vatican II.”

She added, “When do we go from words to deeds? Let us make a Church that is more egalitarian, not so disproportionate in participation. These are Francis’s steps and wishes.”

The Catholic Church teaches that women’s ordination is an ontological impossibility. Being “male,” the Church holds, is essential to being a priest and to the priest’s ability to act in persona Christi (in the person of Christ). The Church bases part of its teaching on the fact that Jesus was a male and ordained only males to the priesthood. The Catechism of the Catholic Church teaches that only a baptized man can validly receive sacred ordination (CCC 1577).

In 1994, Pope John Paul II rejected for all time the notion of ordaining women to the priesthood.

“Although the teaching that priestly ordination is to be reserved to men alone has been preserved by the constant and universal Tradition of the Church and firmly taught by the Magisterium in its more recent documents, at the present time in some places it is nonetheless considered still open to debate, or the Church’s judgment that women are not to be admitted to ordination is considered to have a merely disciplinary force,” he taught in Ordinatio Sacerdotalis.

“Wherefore, in order that all doubt may be removed regarding a matter of great importance, a matter which pertains to the Church’s divine constitution itself, in virtue of my ministry of confirming the brethren (cf. Lk 22:32) I declare that the Church has no authority whatsoever to confer priestly ordination on women and that this judgment is to be definitively held by all the Church’s faithful,” he stated.