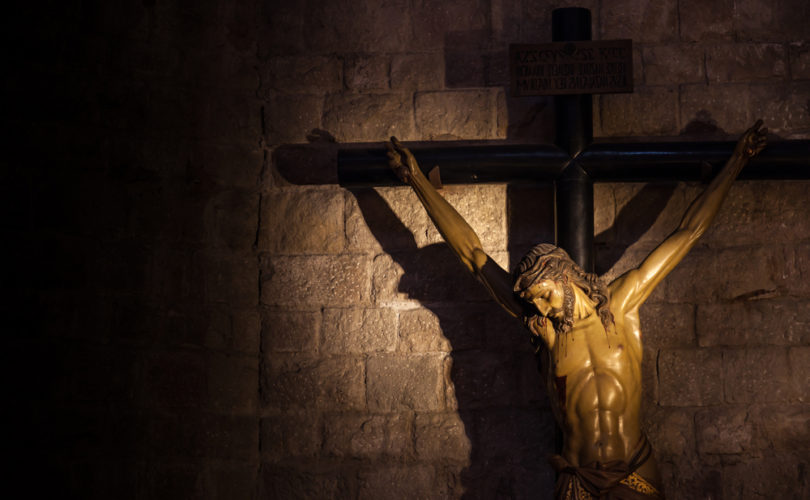 SAN FRANCISCO, April 22, 2015 (LifeSiteNews.com) — Another assault on Catholic values in San Francisco Catholic high schools met with a bump in the road last Friday when a group of religious sisters refused to be part of an annual homosexual propaganda campaign foisted on one of the schools.

Five Marin Catholic High School teachers, religious sisters with the Dominican Sisters of Mary, Mother of the Eucharist, left school April 17 once it was confirmed that the homosexual activist group Gay, Lesbian and Straight Education Network’s (GLSEN) Day of Silence was being pushed past the school’s administration and onto Marin Catholic students.

Marin Catholic is one of the four high schools in the San Francisco archdiocese encompassed in the controversy stirred by Church foes upset with the move to clarify expectations that faculty uphold Church teaching while employed with the archdiocese and not publicly contradict Catholic values.

San Francisco Archbishop Salvatore Cordileone has been the target of non-stop vitriol since February for working to spell out Church principles in faculty contracts and handbooks, and the five religious sisters at Marin Catholic making a stand for the Church marks a sharp contrast from the current high-priced media campaign against the archbishop by those opposed to Church teaching.

One of the religious women, Sister Clare Marie, wrote in an email to her students regarding their decision to leave that day that the sisters “do not support bigotry or any kind of prejudice,” but that they felt compelled to resist an event promoted by a group that “believes actively in promoting homosexuality in all classrooms, K-12.”

The email also said those behind the pro-homosexual event advocated “against Christians who do not share their views” and handed out materials which “say that any church which teaches homosexuality is sinful is an 'oppressor’ and should be opposed.”

The Dominican Sisters of Mary provided LifeSiteNews a statement, also available on their website:

The Dominican Sisters of Mary: Participation at Events

In 2011 the Dominican Sisters of Mary were invited by Archbishop Emeritus George Niederauer of San Francisco to teach at Marin Catholic High in Kentfield, California. We have had great interactions and joy serving the students with five Sisters teaching biology, math, English, History and Theology. With advance notice, the Sisters can often be present at the many activities which take place in our schools. Since the community is both contemplative and active, often times our participation is through prayer. Hence, we do our best to make sure our presence is felt both ways.

The Sisters continue to enjoy teaching the students who have freely enrolled at the school, knowing and understanding that the truths entrusted to the Catholic Church are the heart of its mission and identity.

The Day of Silence campaign provides an avenue into schools for GLSEN to gain access to students. Students are given flyers and stickers to wear, and expected to “take vows of silence” the whole day as they attend their regular class schedule to “raise awareness about anti-LGBT language and bullying.”

Marin Catholic had not planned to take part in the April 17 pro-homosexual event, instead opting to conduct morning prayer over the PA system “to acknowledge and pray for students everywhere who have the experience of being ostracized, marginalized or silenced by bullying,” the administration said in a letter to parents.

“Our intention was not to take part in a Day of Silence,” they said, “but rather take a moment in the morning to pray together as a school community.”

Instead, the Marin Catholic High School plan was disregarded and usurped to promote the GLSEN agenda.

School officials told parents that the school’s message was “compromised and misinterpreted” the night prior, when it was linked on Facebook to the campaign by the Gay, Lesbian and Straight Education Network, “an activist group with which we are not affiliated.”

A GLSEN spokesperson told the Chronicle the group is “not trying to convert anyone” and “denied that the group ‘actively promoted’ homosexuality in the classroom.”

The five Dominican Sisters of Mary notified Marin Catholic Principal Chris Valdez that they were leaving Friday morning and why.

The administration told parents the sisters’ leaving during the pro-homosexual campaign “further confused the students and created some false rumors about the sisters not caring for students who feel bullied, ostracized or marginalized.”

Valdez told the newspaper Marin Catholic was working hard to manage the politically-charged atmosphere to “bring authentic dialogue to the campus” with the hope of reconciling any alienation that may have been created between students and the sisters.