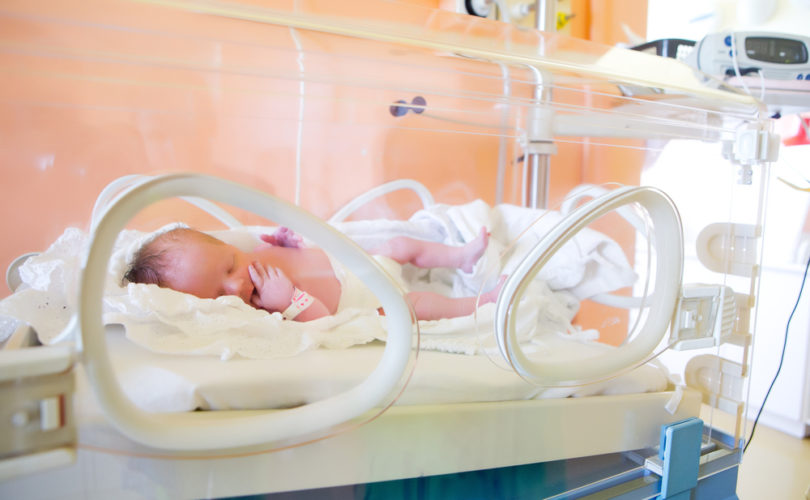 (LifeSiteNews) — During a recent roundtable discussion hosted by the Children’s Health Defense (CHD), a nurse whistleblower shared her observations of an alarming increase in fetal deaths whose mothers had received a COVID-19 vaccine.

Registered Nurse Michelle Gershman joined Dr. James Thorp and members of the CHD team on their weekly show to discuss the connection between the COVID shots and fetal deaths, as well as the lack of serious attention given to the rising issue.

“I don’t understand how people just brush it off and pretend it’s not a big deal,” Gershman said during the discussion. “It’s absolutely a big deal. I do truly believe that babies are given to us by God, they’re meant to bring us love and joy, and if something comes between that, trying to take your baby away, to me that’s absolutely evil.”

Gershman began working as a postpartum nurse in November 2020, during the COVID-19 pandemic. At first, she said that the virus didn’t appear to have major impacts on fetal deaths and health issues for pregnant women.

But over time, the nurse witnessed various circulatory problems among mothers. In addition to high blood pressure which continued even after giving birth, women experienced more blood clots and bursting of blood vessels in the eyes. Some babies born to vaccinated women were unusually fatigued, and their faces appeared discolored or bruised, and not from jaundice. Many of these babies were also sent to the NICU with breathing trouble.

When the vaccines were released in spring 2021, she started to notice frequent problems, including high blood pressure, among pregnant mothers and early deliveries. Gershman noted that many of the women experiencing these issues had received a vaccine not long before their symptoms began. Shortly after, women were “all of the sudden in the hospital delivering their babies and their babies would go to NICU [neonatal intensive care unit].”

RELATED: Giving experimental COVID jabs to pregnant women has been the greatest medical disaster in history

— Article continues below Petition —
Stand with pro-life priest Fr. Fidelis as he faces jail for defending unborn babies
Show Petition Text
13321 have signed the petition.
Let's get to 15000!
Thank you for signing this petition!
Add your signature:
Show Petition Text

“I already noticed that this increase in fetal demises was happening, but no one was really saying anything about them,” the nurse recalled. “When I started working there, I would see one fetal demise every two or three months. And then when these shots started coming out, we were starting to see them maybe once a week.”

In September 2022, Gershman and her coworkers received an email from a hospital manager addressing the increase. The number of fetal deaths reportedly went from one or two each month to 20 each month, a number which increased following the distribution of the COVID shots. However, rather than calling for approaches on how to save the dying babies, the email informed hospital staff to “brush up on your policies” in order to “be able to handle a dead baby.”

“I really think a lot of people are in a trance and they just don’t want to admit that the vaccine could possibly be harming all these moms and babies,” Gershman said. “A lot of them, they don’t see it [the connection between health issues and COVID shots] because so many of them are programmed to think that vaccines are good when they’re not.”

READ:  Big Pharma is risking the future of humanity by pushing the COVID shots on pregnant women

Gershman, whose mother died after being given remdesivir, said that she is not concerned about potential backlash for speaking out about the current crisis.

“I’m really not worried about losing my job,” she said. “Because if being a nurse means that you just sit back and you watch babies die and you don’t speak out and fight for them, then I don’t want to be a nurse. I took an oath to do no harm when I became a nurse, and so did everybody else that I work with, and they all forgot apparently. So, if they’re going to fire me because I will not harm a patient, then they don’t deserve me.”

Dr. James Thorp, a long-time obstetrician-gynecologist on the panel with Gershman, described “pushing an experimental gene therapy in pregnant women” as “the most egregious ethical disaster in the history of medicine. It’s unparalleled disaster.”

Thorp said that the lipid nanoparticle contained in the shots received by expectant mothers is passed on to their developing babies.

“Our whole human existence for future generations, it doesn’t lie in the sperm. It lies in my patients’ eggs, ova,” Thorp said. “We are dealing with the future of all humanity in my patients’ eggs. And to push 13 billion shots in 5.3 billion people around the world, including pregnant women, is an assault on humanity. It’s never been tested before.”

Since the rollout of the COVID vaccines, medical professionals have spoken out about the negative and unknown impact of the shots on pregnant women and unborn babies. Last year, Dr. Michael Yeadon, a former Pfizer vice president, warned that the vaccines may cause a certain “autoimmune attack” on the placenta by concentrating in women’s ovaries.

In April, LifeSiteNews reported that one of America’s Frontline Doctors’ physicians showed a nearly 2,000 percent increase in fetal deaths in the U.S. since the vaccines were distributed. Last month, over 60 medical professionals signed a letter addressed to U.K. medical authorities, expressing concern about the guidance that has led to the promotion of the shots as a safe course of action for pregnant women.

RELATED: COVID shots account for more than half of all vaccine-associated miscarriages: VAERS data

1
Mark Houck acquitted on both charges in major pro-life victory
2
Pope Francis says ‘circumstances’ may ‘eliminate fault’ of sodomy in letter to Fr. James Martin
3
MIT analytics expert calls for end to mRNA COVID shots: ‘No other ethical or scientific choice’
4
Turning of the tide? The COVID narrative has finally begun to collapse in on itself
5
‘Obviously a demon’: Creepy pro-abortion statue placed on top of New York City courthouse
Subscribe to Daily Headlines »