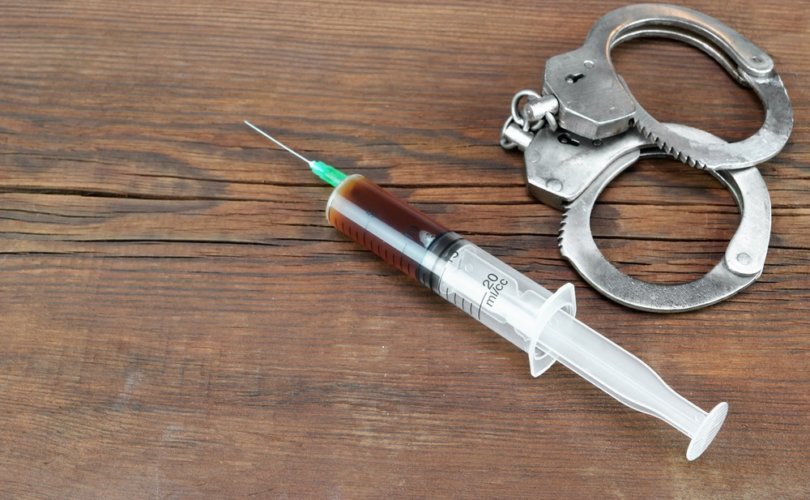 NEW YORK, January 5, 2021 (LifeSiteNews) – A Democratic Assemblyman in New York has proposed a bill that would allow the governor and state health officials to mandate COVID-19 vaccines and detain anyone deemed “a danger to public health.”

The legislation, titled Bill A416, is sponsored by Assemblyman Nick Perry and will be referred to the New York Assembly’s Health Committee on Wednesday. It may not be voted on until later.

Bill A416 would enable the governor or his “delegees,” “including, but not limited to the commissioner or the heads of local health departments” to “order the removal and/or detention” of anyone who “presents a potential danger to the health of others,” in officials’ estimation.

The definition of “delegee” is left vague, as New York lawyer and legal expert John Virdone  noted in an interview with LifeSiteNews, adding that it could extend to hospital administrators.

Under the bill, any official with delegated authority and at least “a reasonably specific description of the individuals or group being detained” would be able to confine people by obtaining a court order.

Detainment could occur in “in a medical facility or other appropriate facility or premises designated by the governor or his or her delegee,” the bill reads.

Moreover, a person could be taken into “the custody of the department” merely for being a “suspected case or suspected carrier,” putting additional weight on often wildly unreliable COVID-19 tests.

Bill A416 also allows the governor and state officials to let detainees who challenge their confinement “continue for more than five business days” in isolation “in the absence of a court order authorizing detention.”

Virdone slammed the proposed bill on these grounds, saying that it “violates the state constitution and the federal constitution, denying citizens due process.”

“If you’re going to be detained and your constitutional right to freedom is at stake, you need to be heard right away,” he said.

Legal activist KrisAnne Hall noted that “if a New Yorker is arrested and accused of murder they are guaranteed, automatically without asking, a hearing within 24 hours.” Under Perry’s legislation, a New York resident “picked up on the whim of some health department worker” will “have to wait at least 3 days to have a hearing[.]”

In fact, Bill A416 appears to cap detainment without a court order at 60 days, without guaranteeing access to an attorney.

It leaves open the possibility that a court order ultimately could be sufficient grounds for arbitrary detainment lasting more than two months. Current international guidelines consider solitary isolation for over 15 days to be unlawful and torture.

The bill also quietly seeks to initiate compulsory vaccination and other state-ordered “treatment,” while purporting to grant virtually unlimited power to the governor and his “delegees”:

the governor or his or her delegee may, in his or her discretion, issue and seek enforcement of any other orders that he or she determines are necessary or appropriate to prevent dissemination or transmission of contagious diseases or other illnesses that may pose a threat to the public health and to require an individual who has been exposed to or infected by a contagious disease to complete an appropriate, prescribed course of treatment,” including “preventive medication or vaccination.

Notably, the provisions in Bill A416 apply not only for COVID-19 but for any “illnesses that may pose a threat to the public health,” in the event that the governor declares “a state health emergency.”

“The emergency conditions of COVID” have afforded governors “the ability to issue regulations by fiat, by imposing their beliefs, will on all citizens before due process is considered,” Virdone commented.