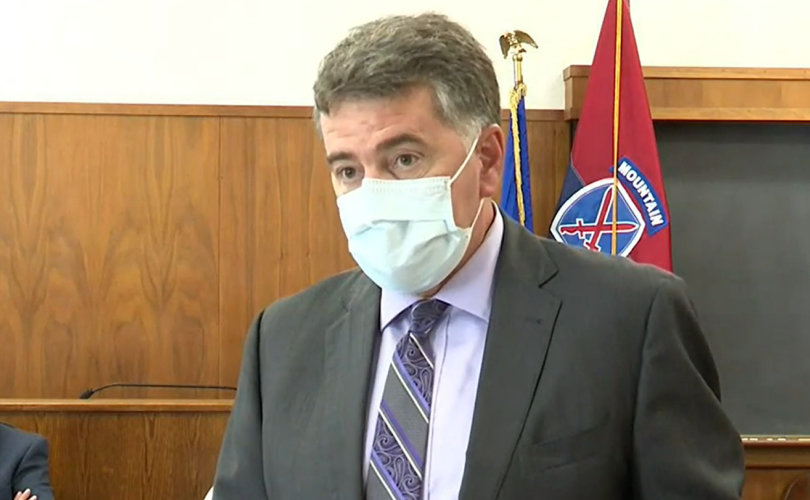 “We are unable to safely staff the [maternity care] service after September 24,” Lewis County Health System CEO Gerald Cayer said during a press conference Friday. “If we can pause the service and now focus on recruiting nurses who are vaccinated, we will be able to reengage in delivering babies here in Lewis County.”

New York has mandated that all healthcare workers receive at least one COVID-19 injection by September 27. Otherwise, they won’t be able to work any longer.

According to Cayer, 165 out of the hospital’s 464 employees have not been jabbed, and 30 formally resigned over the mandate.

The maternity ward alone has had six resignations. An additional seven nurses in the unit remain “undecided” on whether they will comply with the state’s order.

Lewis County Health System did not immediately respond to LifeSite’s request for comment on why a large number of employees decided not to get vaccinated.

Many scientists have found evidence that the COVID-19 injections negatively impact the health of childbearing aged women, and the health of newborn babies.

The mother had received her first dose on June 4, and her baby started experiencing a high fever shortly thereafter. The hospital, which attempted to help the baby, failed to produce an adequate diagnosis and treatment plan, and the infant passed away on July 17.

According to the VAERS report, the mother wondered if “the spike protein could have gone through the breast milk and caused an inflammatory response in [her] child,” as the 6-week-old was healthy prior to the injection.

The abortion-tainted jabs, which have caused blood clots in numerous recipients, appear to be particularly harmful to children, causing inflammatory heart conditions such as myocarditis and pericarditis at a much higher rate than in older cohorts.

The vaccines use nanoparticles (NPs) which have been shown to be detrimental to the health and development of organs.

A 2018 study on the effects of using lipid NPs found that their use resulted in an increase of blood component production in the liver, spleen, and bone marrow of rats, and a “minimal hemorrhage” in the hearts of monkeys.

“Indeed, studies have shown that NPs are likely to have toxic effects on many organs, such as the brain, liver, and lungs, which are the most studied target organs,” said Dr. Elizabeth Lee Vliet, an independent physician specializing in reproductive hormones and their impact on general health. “Only recently, attention has been directed toward the reproductive toxicity of nanomaterials.”

A 2015 study using rat puppies found that “neonatal exposure” to these nanoparticles “might affect the development and function of hypothalamic-pituitary-ovarian axis (HPO), and thereby alter functions of the reproductive system in adult female rats.” The findings support Vliet’s fears that reproductive organs, as well as other organs, could be damaged by these vaccines.

Additional data shows that 15 pregnant women who were vaccinated developed levels of antibodies against their own placentas that were three times higher than normal, which was dismissed and hidden by the vaccine industry and public health institutions, according to Dr. Michael Yeadon, a former vice president of vaccine maker Pfizer.

Talking to women of childbearing age, Yeadon said, “Do not take these vaccines.”

In Friday’s press conference, Cayer said that in addition to Lewis County General Hospital, many other facilities in the area are also facing mass resignations and worker shortages following Cuomo’s vaccine mandate.

“We are not alone,” said Cayer. There are thousands of positions that are open [in the northern part of the state] and now we have a challenge to work through, you know, with the vaccination mandate.”

“Our hope is as we get closer [to the deadline], the numbers will increase of individuals who are vaccinated, fewer individuals will leave and maybe, with a little luck, some of those who have resigned will reconsider,” he added.

Cayer said that his team is “working with the Department of Health to make sure this is only a pause, and not a permanent closure of the maternity unit,” but he warned that “the [maternity] unit may not be the only service affected if more [Lewis County Health] system workers don’t get the shot.”