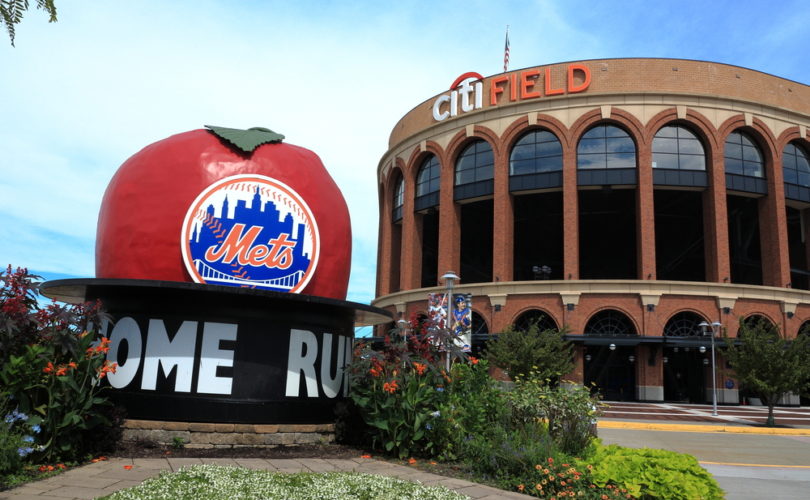 NEW YORK, March 10, 2015 (LifeSiteNews.com) – A Major League Baseball player has been told by his team, the New York Mets, to keep his religious views to himself and only talk about the sport in public after he expressed his Christian view of homosexuality.

Murphy said that, from his Christian perspective, he doesn't condone Bean's lifestyle but would welcome him to the team.

“That doesn't mean I can't still invest in him and get to know him,” he quickly added. “I don't think the fact that someone is a homosexual should completely shut the door on investing in them in a relational aspect. – getting to know him. That, I would say, you can still accept them, but I do disagree with the lifestyle 100 percent.”

Murphy said that while this development was “uncharted territory” because he had never had an openly homosexual teammate in the past, it could be an opportunity for discussion and understanding.

“Maybe, as a Christian, that we haven't been as articulate enough in describing what our actual stance is on homosexuality,” Murphy said. “We love the people. We disagree [with] the lifestyle. That's the way I would describe it for me.”
He admitted that “there are aspects of my life that I'm trying to surrender to Christ in my own life…many things, like my pride. I just think that as a believer trying to articulate it in a way that says just because I disagree with the lifestyle doesn't mean I'm just never going to speak to Billy Bean every time he walks through the door.

Billy Bean responded positively to Murphy's comments, saying that he appreciated that “Daniel spoke his truth.”

“I have tremendous admiration and respect for Daniel Murphy as a family man. Just last year, he made the decision to miss opening day for the birth of his son, and was criticized by some members of the New York media for this choice. Murphy deserved to be commended for putting his family first and that decision — which led to an invitation to speak at the White House — showed he’s not afraid to stand up for what he believes in,” Bean wrote in an MLB.com column.

“After reading his comments, I appreciate that Daniel spoke his truth,” Bean stated. “I really do.”

“He was brave to share his feelings, and it made me want to work harder and be a better example that someday might allow him to view things from my perspective, if only for just a moment,” Bean wrote.

“I respect him,” Bean said of Murphy, “and I want everyone to know that he was respectful of me. We have baseball in common, and for now, that might be the only thing. But it's a start.”

However, the day following Daniel Murphy's comments about Billy Bean's homosexual lifestyle made headlines, an article appeared in ESPN with the headline “Murphy now to talk baseball only,” saying a New York Mets spokesman had told the sports news service that Murphy “will no longer address his religious beliefs and will stick to baseball.”

The spokesman did not say whether Murphy's job was in jeopardy because of his comments.