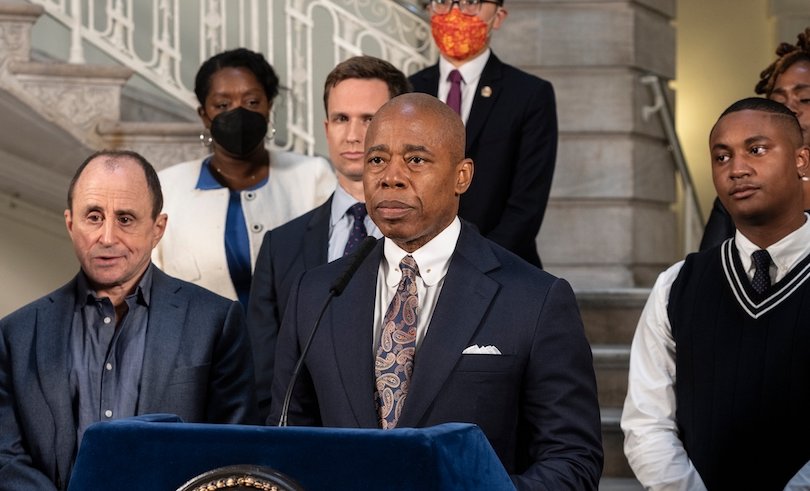 NEW YORK CITY (LifeSiteNews) – New York City has fired a government employee who has repeatedly challenged the mayor on his ongoing mask mandate that applies to kids as young as toddlers.

Daniela Jampel, an attorney for the city, questioned Mayor Eric Adams during a Monday press conference in which he announced plans to recruit homosexual Floridians to move to the city in response to the Sunshine State’s new parental rights bill. “Come to the city where you can say whatever you want,” one billboard will say, in reference to the media’s reference to the law as the “Don’t Say Gay” bill.

But Jampel learned that you cannot “say whatever you want” if that includes challenging the mayor on why kids under five need to wear masks in schools.

The mayor had to ask the questioner before Jampel to repeat her question because her mask made it hard for him to understand what the reporter was saying.

“When will you unmask our toddler?” Jampel asked. The mayor said he backtracked on his promise to unmask two to four-year-olds because of an “uptick” in COVID cases.

The city said it made the decision to fire her before Monday.

“We hold all of our employees to the highest professional standards,” an unnamed spokesman told the New York Post.  “In public statements, Ms. Jampel has made troubling claims about her work for the city Law Department. Based on those statements, the decision had been made to terminate her prior to today.”

“Today’s events, however, which include her decision to lie to City Hall staff and state she was a journalist at a press conference, demonstrate a disturbing lack of judgment and integrity,” the media rep said. “As of today, she is no longer an employee of the Law Department.”

Jampel said she has hired an attorney.

Christina Pushaw challenged David Goldiner, a reporter for the New York Daily News, on why he was not covering the story but wanted comment from her about the homosexual recruitment effort.

“Ironic, I guess ‘you can say what you want in NYC’ as long as you don’t say ‘unmask the toddlers,’” Pushaw texted Goldiner, according to screenshots she posted on her Twitter.