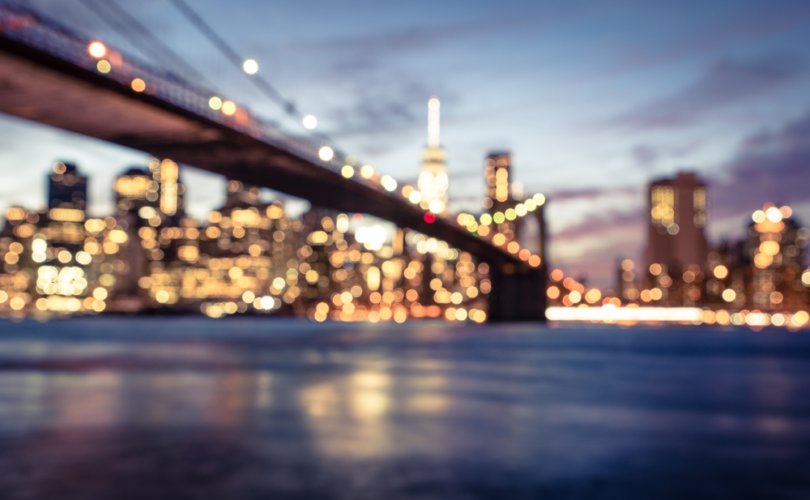 In what the New York Post has described as a “coronavirus sex memo,” the Department of Health also cautions people against acts involving “mouth on anus” because feces can spread the coronavirus.

“If you usually meet your sex partners online or make a living by having sex, consider taking a break from in-person dates,” it suggests.

“The next safest partner is someone you live with,” the city advises. “If you do have sex, have as few partners as possible.”

“Make sure you have an effective form of birth control for the coming weeks,” the memo adds.

Morse continued: “This is all depressingly typical of the Sexual Revolution, which treats sex as a mere bodily function. It maintains that people have a right to sex, as much and any way they want, free of consequences. This is the perspective that allows the New York Health Department to think they are making a bold move. Recommending limits of any kind, but only for the duration of the pandemic, that’s a radical step for them.”

“One thing they never do is discuss sex in a moral context,” Morse observed. “For them, talking about sex and morality in the same breath is puritanical and obsessive. But since the Centers for Disease Control says there are 20 million new STD infections each year, maybe there’s something to be said for self-restraint.”

Morse concluded: “Other casualties of the Sexual Revolution include divorce, failure to achieve intimacy, fatherless families, declining fertility, and a pornified culture. It’s unlikely that the New York City Department of Health has put out memos on any of this.”

The Ruth Institute’s upcoming Summit for Survivors of the Sexual Revolution – Protecting Children and Families (July 17-18 in Lake Charles, Louisiana) will examine many of these issues.