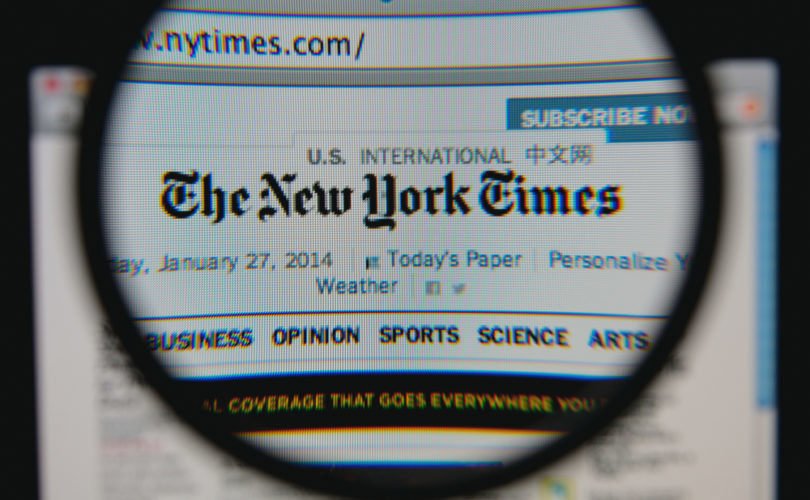 Kaplan asserts pedophiles should be protected by the same anti-discrimination laws that require society to accommodate other 'disabilities.'

Pedophilia, in the sense of the persistent sexual attraction to children, is a disorder, not a crime, and deserves special protections in law. That’s the premise of a recent New York Times opinion piece by Rutgers law professor Margo Kaplan, who argues that “stigma” surrounding adults who are sexually attracted to children prevents them from seeking psychological help.

As a result, Kaplan asserts, pedophiles should be protected by the same anti-discrimination laws that require society to accommodate other “disabilities.”

“By some estimates, 1 percent of the male population continues, long after puberty, to find themselves attracted to prepubescent children. These people are living with pedophilia, a sexual attraction to prepubescents that often constitutes a mental illness,” Kaplan wrote. “Unfortunately, our laws are failing them and, consequently, ignoring opportunities to prevent child abuse.”

According to Kaplan, pedophilia should be covered under the Americans With Disabilities Act and the Rehabilitation Act, which, she says “prohibit discrimination against otherwise qualified individuals with mental disabilities, in areas such as employment, education and medical care.”

“Congress, however, explicitly excluded pedophilia from protection under these two crucial laws.”

“It’s time to revisit these categorical exclusions,” Kaplan asserted.  “Without legal protection, a pedophile cannot risk seeking treatment or disclosing his status to anyone for support. He could lose his job, and future job prospects, if he is seen at a group-therapy session, asks for a reasonable accommodation to take medication or see a psychiatrist, or requests a limit in his interaction with children. Isolating individuals from appropriate employment and treatment only increases their risk of committing a crime.”

Kaplan says the idea that pedophiles choose to think of children in a sexual way is a “misconception.” As evidence, she points to a group called “Virtuous Pedophiles,” an online forum where men who struggle with attraction to children support each other in their efforts to resist the temptation to abuse.

“Recent research, while often limited to sex offenders — because of the stigma of pedophilia — suggests that the disorder may have neurological origins,” Kaplan wrote. “Pedophilia could result from a failure in the brain to identify which environmental stimuli should provoke a sexual response. M.R.I.s of sex offenders with pedophilia show fewer of the neural pathways known as white matter in their brains. Men with pedophilia are three times more likely to be left-handed or ambidextrous, a finding that strongly suggests a neurological cause.”

Keith Ablow, a prominent psychiatrist and frequent Fox News contributor, agrees with Kaplan that pedophilia is a disorder.  But in a written response to Kaplan’s piece, Ablow strongly objected to the notion that the “stigma” surrounding the disorder should be removed.

“Well-focused shame still has a place, even in the halls of law and medicine,” Ablow argued. “The need to hide impulses, like the impulse to rape children and feeling guilty about it, and taking it upon oneself to control the impulse or go to jail for giving into it, can be part of a reasoned legal and public health strategy to prevent it. Being shunned should be a decent heads-up that it's time to get help and stay away from temptation – or else.”

“Kaplan is right that pedophilia is a disorder,” adds Ablow, explaining that he has found that people who are attracted to children were often sexually abused. “But Kaplan is wrong to suggest that, merely because something is a known disorder, it should result in protections under the law.”

“Pedophiles are no more worthy of protections as disabled Americans than those with other abnormal sexual desires – called paraphilias – which include the desire, for instance, to rape adult women or have sex with animals. Can you imagine a culture in which men can declare that their unwieldy desires to rape women merit them – not the women – being escorted to their vehicles in darkened parking lots after working the late shift?

A movement to normalize pedophilia has been gaining steam in recent years, with advocates of pedophilia arguing that their orientation is no different than other misunderstood “sexual orientations.”

If Congress does take up the issue of pedophilia with regard to the ADA, it won’t be the first time a law has been discussed that could offer special legal protections for pedophiles.  The Employment Non-Discrimination Act (ENDA), which was passed by the Senate in last November, would bar employers from discriminating based on “sexual orientation.”

Richard Dawkins: I can’t condemn the ‘mild pedophilia’ I experienced
This computer-generated ‘girl’ has caught 1,000 pedophiles worldwide
Normalizing pedophilia: Abolishing the age of consent
APA: Classifying pedophilia as a ‘sexual orientation’ was an ‘error’
‘Evil’: Attendees at prominent pro-pedophilia conference horrified by sessions