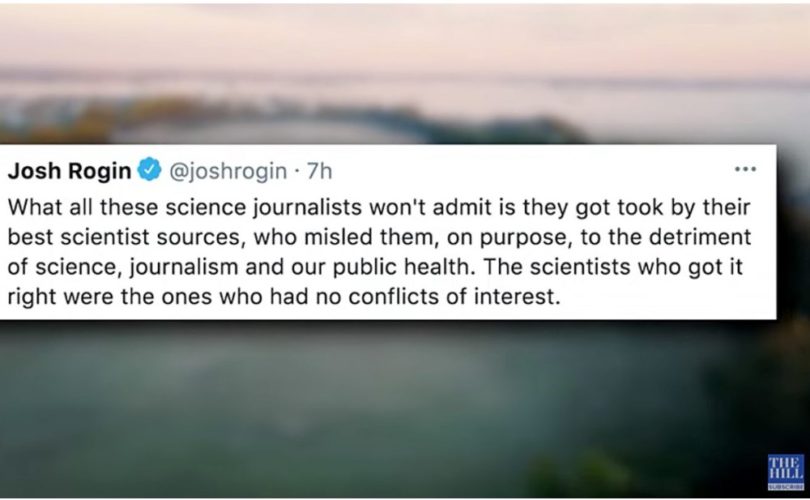 May 21, 2021 (Children’s Health Defense) – Conflicting theories about whether COVID escaped from a lab in Wuhan, China, where scientists were experimenting with animal viruses, or evolved in nature, spreading from bats to humans, have been circulating since spring of last year.

From the beginning, the “natural” theory dominated the mainstream media narrative. Instead of investigating the lab theory, Saagar Enjeti, host of “The Hill’s Rising With Krystal and Saagar,” said mainstream media quickly debunked the idea, branding it a conspiracy theory pushed by the far right.

Now, Enjeti said, we have “a remarkable addition to the discourse,” with an admission from Donald McNeil, former science reporter for The New York Times, who admitted he failed to investigate the lab-leak theory due to his personal relationships with scientists and government officials.

McNeil said he trusted Dr. Anthony Fauci and Peter Daszak, virus hunter and president of EcoHealth Alliance, when they insisted the theory was false.

“He is essentially admitting, that, as a science journalist, he took Fauci and Dr. Peter Dasak’s word that the lab leak hypothesis was debunked and impossible, while he disregarded all the relevant and known information at the time that both of those actors were intimately involved and had a lot to lose if it ever did turn out to be true. He willfully cast anyone pushing the alternative as ‘fringe characters.’”

Enjeti highlighted a tweet from Washington Post columnist Josh Rogin, who Enjeti says is “the only person in the entire mainstream media to take this seriously.” It said:

“What all these science journalists won’t admit is they got took by their best scientist sources, who misled them, on purpose, to the detriment of science, journalism and our public health. The scientists who got it right were the ones who had no conflicts of interest.”

If you are writing a piece defending yourself for being wrong for a year about the lab leak hypothesis by blaming everyone else except yourself for your own wrongness, you haven't learned a thing and you are just engaged in bullshit navel-gazing that literally nobody cares about.