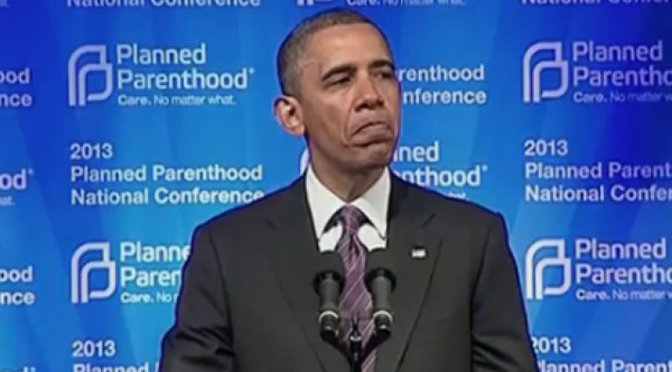 October 24, 2018 (LifeSiteNews) – The Obama administration transported teenage illegal immigrants in federal custody across state lines to avoid parental involvement laws and facilitate their abortions, according to emails uncovered by a journalist while reviewing a recent court case.

Earlier this month, a federal judge in California rejected a claim by the left-wing American Civil Liberties Union (ACLU) that federal grants to the United States Conference of Catholic Bishops (USCCB) to provide services to underage illegal immigrants and human trafficking victims violated the First Amendment’s ban on government establishment of religion.

While looking into the case, The Federalist’s Margot Cleveland discovered a 2014 email exchange in which Department of Health and Human Services (HHS) employees discuss a pregnant minor in the Office of Refugee Resettlement’s (ORR) custody. Maria was being held either in Florida or Texas, her parents lived in Florida, and she didn’t want her parents to know about any abortion.

There was no indication her parents were abusive, in which case both states would have allowed Maria to petition a judge for a judicial bypass.

“Two ORR field specialists looked into the abortion laws in both Texas and Florida and reported that the general rule in both states was that minors could not have abortions without parental consent (absent exceptions, such as obtaining a waiver from a judge),” the emails reveal. “This is why termination of pregnancies are done in New Mexico due to the fact that currently (by law) there is no parental consent requirement,” the Texas field specialist explained.

It’s unknown whether Maria ultimately aborted her baby, but it’s clear Barack Obama’s HHS and ORR “purposefully sidestepped state parental notification and consent laws as a matter of policy” for no other reason than “she did not want her parents to know she was pregnant,” Cleveland writes.

On Tuesday, Cleveland followed up with another article on more emails indicating the Obama administration did this on multiple occasions, and shedding light on the administration’s pro-abortion mentality.

“We had driven minors from El Paso to Albuquerque NM which is [a] bigger distance from your program to San Antonio [in] order to get this procedure done,” one email from a Texas-based ORR representative says. The lack of parental consent requirements “is why termination of pregnancies are done in New Mexico,” another email says. The emails mention at least one shelter having a positive relationship with Planned Parenthood.

The emails also discuss moving girls from Texas to either New York or Virginia to facilitate presumably-elective abortions on 20-week-old, pain-capable children, and hint at multiple attempts to classify consensual sex as rape or incest in order to qualify for federal funding of subsequent abortions.

“For instance, one exchange noted that a 17-year old had consensual sex with a 28-year-old man, but then later said she had sex with the man for money she used to travel to the United States,” Cleveland writes. “Notwithstanding the consensual nature of the sex, the email ended with a request for guidance because the ‘incident may not meet the criteria of rape.’”

Another email discusses a 16-year-old girl requesting to abort a baby conceived from consensual sex with a 17-year-old boyfriend and cousin. An ORR representative wrote it might be able to “consider this a rape” or “allow for termination due to incest.”

These revelations aren’t entirely surprising; Obama lavished praise on Planned Parenthood and consistently opposed any restrictions on abortion, and as an Illinois state senator infamously opposed legislation to require hospitals to give life-saving treatment to newborns who survived failed abortions. But the Trump administration says things are different now.

“It is not the policy of the Office of Refugee Resettlement in the Trump administration to transfer pregnant girls in the unaccompanied alien children program across state lines to evade state laws requiring parental consent or notification for abortions,” a HHS Administration for Children and Families told The Federalist.

In fact, the current ORR has become a target of pro-abortion activists for actively resisting efforts to facilitate underage illegal immigrants’ abortions, going so far as to battle the ACLU in federal court over the issue. Future Supreme Court Justice Brett Kavanaugh, then a D.C. Circuit Court judge, concluded in that case that there is no “right for unlawful immigrant minors in U.S. Government detention to obtain immediate abortion on demand,” but the majority sided with the ACLU.