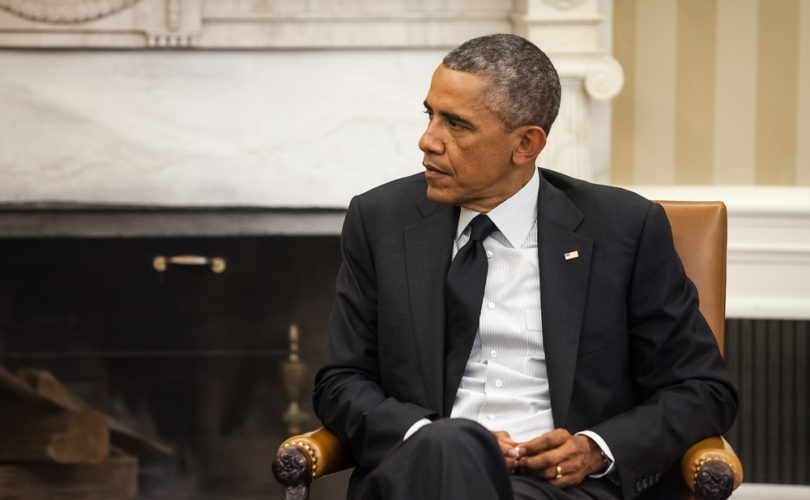 Obama has previously vowed to veto the late-term abortion ban.

WASHINGTON, D.C., May 13, 2015 (LifeSiteNews.com) – A bill that would ban abortions after 20-weeks to prevent late-term babies from feeling the searing pain of abortion is “disgraceful,” President Obama's official spokesman said today.

The remarks from Josh Earnest, White House press secretary, came as the House stood poised to pass the Pain Capable Unborn Child Protection Act. The bill would create a national prohibition on most abortions after 20 weeks gestation, a point at which experts have testified babies have the ability to feel pain.

“It’s disgraceful that House Republicans would be considering a party-line vote on legislation that would put additional burdens on survivors of rape and sexual assault,” Earnest said.

Earnest was referring to a requirement that minors who are the victims of rape or incest can only abort a child in or near the third trimester if they first report the rape to a law enforcement or government agency. The original version of the bill required that all women report the rape before obtaining a late-term abortion.

That provision thwarted a January vote on the bill, set to coincide with the March for Life, when Rep. Renee Ellmers of North Carolina and Rep. Jackie Walorski of Indiana led a revolt in the House Republican ranks.

Pro-life advocates said that eliminating that requirement would allow abortionists to falsely claim their clients told them they were raped, and that few women who were raped waited five months or longer to abort.

The amended bill requires adults to undergo counseling or medical treatment for the rape – somewhere other than an abortion facility – within 48 hours of the abortion. Minors must still report their rape before a late-term abortion.

Earnest said these provisions “add harsh burdens to the survivors of sexual assault, rape, and incest, who are already enduring unimaginable hardship.”

President Obama has already promised to veto the legislation, if it makes it to his desk. Nearly two years ago, when the bill was about to pass the House of Representatives for the first time, the president said the pro-life bill “shows contempt for women's health and rights, the role doctors play in their patients' health care decisions, and the Constitution.”