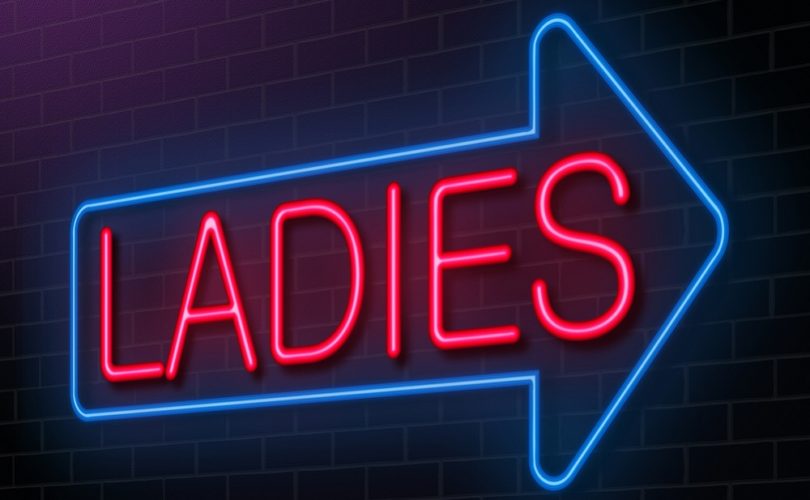 Minnesota-based Deluxe Financial Services, the largest check printing company in the U.S., is paying the settlement and apologizing to a Mr. Austin, who now goes by the female name “Britney.”

Mr. Austin was hired and employed as a man in the Phoenix offices of Deluxe, but in 2011, he announced to his supervisor that he considered himself a woman and began dressing as a female at work. His supervisor would not let him use the women's community bathroom, and, according to the lawsuit, co-workers “intentionally us[ed] the wrong gender pronouns to refer to” him. Deluxe also refused to change his name to “Britney” on company records, because he had not undergone cosmetic surgery to make himself appear female.

Austin also complained that Deluxe's health insurance for employees did not cover such surgery.

The Obama EEOC brought the lawsuit. EEOC attorney David Lopez explained that the Obama administration is committed to “securing the rights of transgender individuals,” and “[w]e hope that employers will take notice and begin to take proactive steps to prevent and eliminate discrimination against their transgender workers.”

“This is an example of Obama bullying companies into embracing the trans agenda,” Peter LaBarbera of Americans for Truth told LifeSiteNews. “Obama has stacked the EEOC.”

This is the third lawsuit filed by the Obama EEOC supporting the delusions of gender-confused individuals. Most have been cases where the employer concedes and settles out of court. A Florida eye clinic was forced to pay $150,000 in April 2015 to a man who wants to be called a woman, and another similar Obama EEOC lawsuit is pending against a Detroit funeral home.

“Our concern is that these social issues are not even being discussed in this election cycle,” LaBarbera added. “Perhaps these transgender rulings can be reversed when we have an administration with some sanity to it, but we have to talk about these things. Where is the debate on this in the public square?”

“I think they overwhelmed us,” LaBarbera said, “and they are trying to do all they can before Obama's term is over.”

The words the Obama EEOC uses to describe both the lawsuits and the transgender plaintiffs are significant. The district EEOC director in Phoenix, Rayford O. Irvin, described employers' refusal to allow men in women's community bathrooms as “being forced to face the indignity and danger of using a restroom inconsistent with [Mr. Austin's] gender identity.”

Irvin describes natural gender as “subscrib[ing] to sex stereotypes” and states that the concerns of all non-transgender employees are irrelevant. “Employee and customer preferences based on stereo­types [sic] are not a legitimate reason to discriminate.”