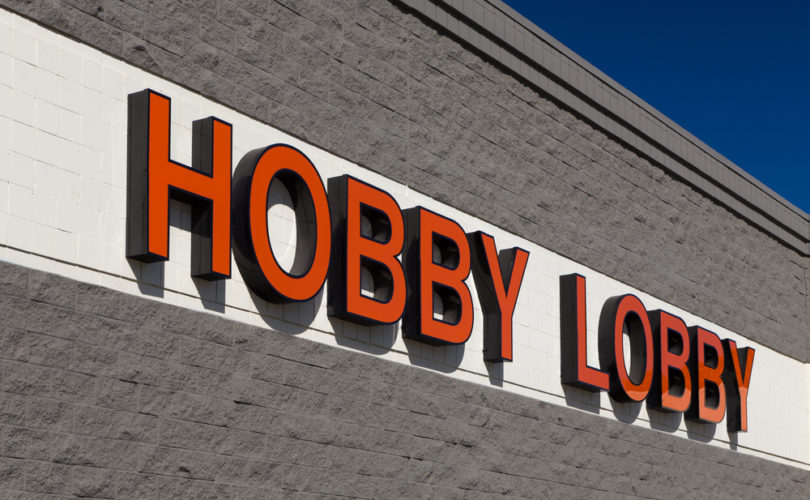 On Friday, the Obama administration added a new regulatory step for non-profits that have religious objections to funding abortion-inducing drugs or contraceptives. The new proposal, the eighth revision of the mandate to date, changes the way non-profits register their deeply held views.

Previously, the organizations had to sign a form, which insurance administrators would then use to provide contraception “free of charge.”

Under the new system, the non-profit informs the government, which in turn contracts the insurance company to provide the coverage, according to a factsheet posted on the website of the Centers for Medicare and Medicaid Services (CMS).

HHS Secretary Sylvia Burwell, who spent a decade leading the Bill and Melinda Gates Foundation's population control efforts in the Third World, said that the regulation succeeds in balancing the government-enforced provision of contraceptives and abortifacients, “while respecting religious considerations raised by non-profit organizations and closely held for-profit companies.”

At the same time, the HHS is trying to to find a new way to circumvent the Supreme Court's Hobby Lobby decision, which gave closely held corporations the right to opt out of the previous process altogether.

Political reaction dismissed the new arrangement as a more complicated accounting gimmick, no different in effect than its predecessors.

Arina Grossu, Director for the Center for Human Dignity at the Family Research Council, said the amendment “is simply another clerical layer because the employer still remains the legal gateway by which these drugs and services will be provided to their employees. It's very disappointing that the Obama administration is doubling down on its plans to punish charities and non-profits that assist the poor and homeless, who in some cases have nowhere else to turn for assistance.”

Although the Obama administration is still seeking comments for its final implementation of the new rule, the nation's religious leaders concur that the latest change still fails to observe all Americans' First Amendment freedom of religion.

“On initial review of the government’s summary of the regulations, we note with disappointment that the regulations would not broaden the 'religious employer' exemption to encompass all employers with sincerely held religious objections to the mandate,” Archbishop Joseph E. Kurtz of Louisville, Kentucky, president of the U.S. Conference of Catholic Bishops (USCCB), said on Friday. “Instead, the regulations would only modify the 'accommodation,' under which the mandate still applies and still requires provision of the objectionable coverage.”

“Also, by proposing to extend the 'accommodation' to the closely held for-profit employers that were wholly exempted by the Supreme Court’s recent decision in Hobby Lobby, the proposed regulations would effectively reduce, rather than expand, the scope of religious freedom,” he added.

Evangelicals also had trouble with the new revision.

“Here we go again,” said Russell Moore, president of the Ethics and Religious Liberty Commission of the Southern Baptist Convention, the nation's largest Protestant denomination. “This new policy doesn't get at the primary problem. The administration is setting itself up as a mediator between God and the conscience on the question of the taking of innocent human life.”

Lori Windham, senior counsel for the Becket Fund for Religious Liberty, said, “Religious ministries in these cases serve tens of thousands of Americans, helping the poor and homeless and healing the sick. The Little Sisters of the Poor alone serve more than 10,000 of the elderly poor.”

“These charities want to continue following their faith,” she said. “They want to focus on ministry — such as sharing their faith and serving the poor — without worrying about the threat of massive IRS penalties.”

“We look forward to reviewing the new rule,” said Windham, and how it impacts 102 cases the fund is litigating in favor of including religious charities like Little Sisters of the Poor, Eternal Word Television Network, and Colorado Christian University.

So far, the fund has gained relief for 71 clients in the 79 cases it has argued.