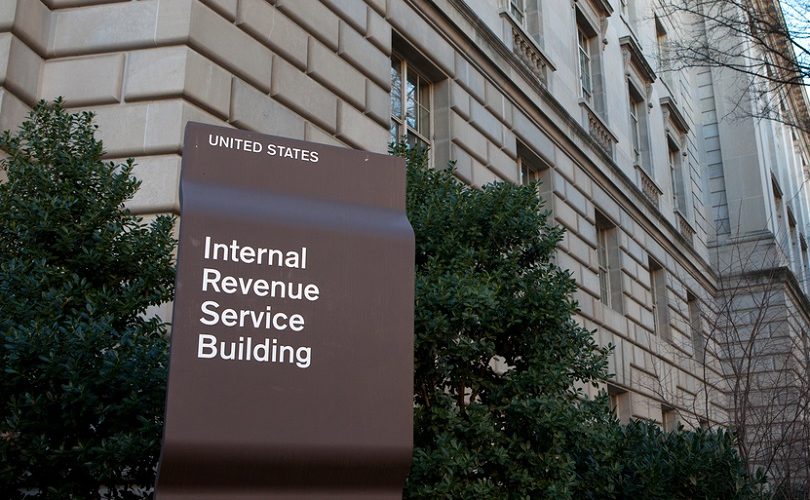 WASHINGTON, D.C., April 2, 2015 (LifeSiteNews.com) – The Obama administration has announced that it will not prosecute former IRS official Lois Lerner, whose department launched a campaign of legal harassment against conservative groups for more than two years, on charges of contempt.

In a letter to House Speaker John Boehner, R-OH, this week, the Justice Department determined that Lerner's willingness to make an opening statement at a Congressional hearing on the IRS scandal did not mean she waived her Fifth Amendment rights.

Lerner, who has been under congressional investigation since 2013, declined to answer questions from members of Congress at a House Oversight Committee hearing in May of that year after making an opening statement maintaining her innocence.

She also declined to speak in March 2014, though she did conduct an interview with Politico last year.

The decision to not answer questions led all of the Committee's Republican members to pursue contempt charges against the now-retired IRS employee.

In the letter, former U.S. Attorney for the District of Columbia Ronald Machen said that DOJ lawyers believe that Lerner “did not waive her Fifth Amendment right by making an opening statement on May 22, 2013, because she made only general claims of innocence.”

“Given that assessment, we have further concluded that it is not appropriate for a United States attorney to present the matter to the grand jury for action where, as here, the Constitution prevents the witness from being prosecuted for contempt,” wrote Machen.

Lerner, who retired from the IRS with a full pension four months after the IRS scandal broke, has been accused by conservatives of targeting at least six socially conservative groups and dozens of Tea Party groups. The agency delayed approval of non-profit applications, denied non-profit status to conservatives, and asked unnecessary and invasive questions – including, at one point, asking a Christian group to describe the content of its prayers.

The IRS also reportedly told pro-life groups they would not be eligible for non-profit status if they were to protest outside Planned Parenthood facilities.

Some believe this targeting played a role in President Obama's re-election victory in 2012, as many Tea Party groups either were unable to raise funds due to the lack of non-profit status, or chose not to do so for fear of eliciting additional attention from the IRS.

Further tension arose after the IRS announced 10 months ago that two years' worth of emails were lost. Those emails belonged to Lerner and others accused of being involved in the targeting. However, the IRS Inspector General refuted this claim, finding backups that may include the allegedly lost emails.

After learning she would not face charges, Lerner's lawyer released a statement saying that the former IRS official, who was also accused of harassing the Christian Coalition during the Clinton administration, “is pleased to have this matter resolved and looks forward to moving on with her life.”
“Anyone who takes a serious and impartial look at this issue would conclude that Ms. Lerner did not waive her Fifth Amendment rights,” the statement said. “It is unfortunate that the majority party in the House put politics before a citizen’s constitutional rights.”

“Once again, the Obama administration has tried to sweep IRS targeting of taxpayers for their political beliefs under the rug,” said Boehner spokesman Michael Steel, who also said that the While House should “do the right thing and appoint a special counsel to examine the IRS’ actions.”

Currently, an Obama campaign donor is leading the IRS investigation.

Rep. Mark Meadows, R-NC, said the DOJ's decision “offers little assurance to the American taxpayer that the department is actually investigating this abuse of power.”

And Rep. Jim Jordan, R-OH, who has been one of the leading investigators in the House on the scandal, said that Machen was “us[ing] his power as a political weapon to undermine the rule of law.”

“Mr. Machen…unilaterally decided to ignore the will of the House of Representatives,” Jordan said. “He and the Justice Department have given Lois Lerner cover for her failure to account for her actions at the IRS.”