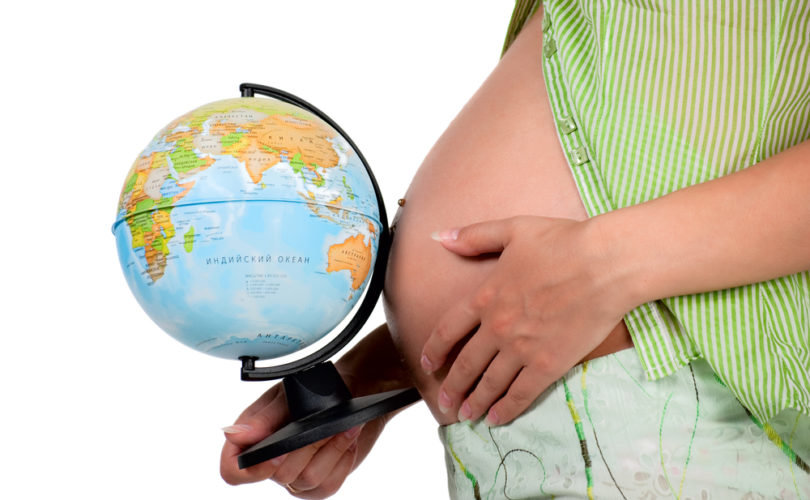 The Obama administration has unveiled a new policy that effectively grants U.S. citizenship to foreign women in exchange for acting as surrogate mothers for U.S. couples or selling their eggs to American women.

The new policy guidance, announced on Tuesday, redefines the terms “mother” and “father” in the Immigration and Nationality Act (INA).

“A 'natural mother' or 'natural father' is a genetic parent or gestational parent,” the new policy says. This “includes a non-genetic gestational mother if she is the legal parent at the time of birth.”

By bearing the child of an American couple, the mother is then placed at the front of the line when applying for U.S. citizenship.

“A gestational mother has a petitionable relationship without a genetic relationship to the child, as long as she is also the child’s legal parent at the time of birth,” the policy says.

Defining the surrogate mother as part of a citizen's family confers tremendous advantages if she wishes to immigrate to the United States, effectively granting the most coveted status in the world – U.S. citizenship – to her and, in time, to her entire family.

The 1965 Immigration Act drastically changed U.S. immigration policy. Formally known as the Immigration and Naturalization Act of 1965, the bill gave preferential immigration status to anyone related to a U.S. citizen in the name of “family reunification.” Once a family member becomes a naturalized citizen, he or she becomes eligible for taxpayer-subsidized welfare programs and may in turn send for more extended family members, a process known as “chain migration.”

Lahl's documentary Eggsploitation explored the health issues donors face in exchange for a few thousand dollars, such as paralysis and amputation from the hormones used during the egg harvesting process.

One donor reported having no problems during the process. However, “Six months later my body began to fail me. I had always been a healthy and active woman, but suddenly I was crippled by pain and unable to live the life I had once enjoyed.”

She spent $50,000 on five surgeries only to learn that her attempt to aid another couple resulted in her own infertility. “I have grown to deeply question the ethics and health risks involved in egg donation,” she said.

The new policy, which was developed jointly by the U.S. Citizenship and Immigration Services (USCIS) and the State Department, also clarifies that American women who hire foreign women as surrogates – or who sell their eggs to foreign couples – will confer their U.S. citizenship on the child.

This is not the first time the Obama administration has acted by executive fiat to obtain a desired policy goal by changing the definition of the family. The Department of Housing and Urban Development changed the statutory definition of “family” to force anyone who receives Section 8 financing to rent his property to people regardless of “sexual orientation or gender identity.”

President Obama has also hinted he will enact some form of mass amnesty by executive action following the midterm elections.