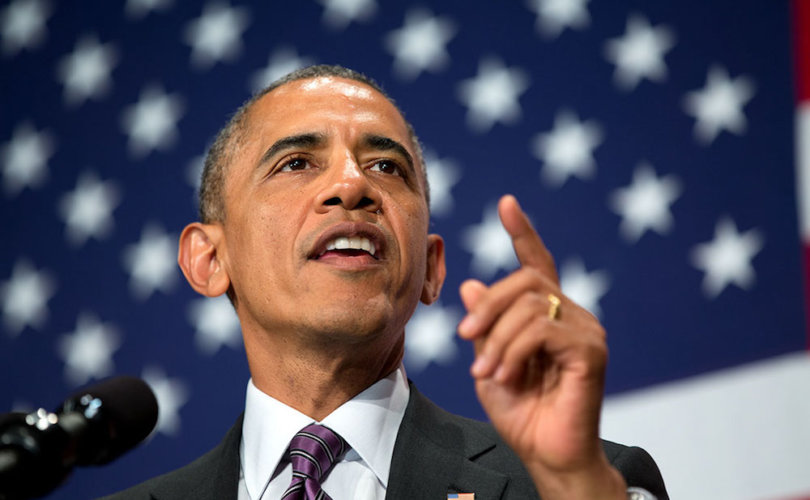 CHARLOTTE, May 5, 2016 (LifeSiteNews) – The Justice Department has sent a letter to North Carolina officials saying that H.B. 2, its statewide restroom privacy law, violates the Civil Rights Act of 1964 and laws forbidding sexual discrimination. The state has until Monday to certify that it will allow biological males to use the restrooms, locker rooms, and showers of the opposite sex or it stands to lose more than $2 billion in federal funding.

She said the law violates Title VII of the Civil Rights Act of 1964 and Title IX, a 1972 law that prohibits discrimination on the basis of sex.

However, the Obama administration decided in its first term to apply the law as though sexual discrimination included gender identity, finally codifying that understanding in a memo by then-Attorney General Eric Holder in 2014.

North Carolina “is engaged in a pattern or practice of resistance to the full enjoyment of Title VII rights by employees of public agencies,” Gupta wrote in her letter.

State officials have until Monday to confirm to the Obama administration “that the state will not comply with or implement H.B. 2.”

The price for refusal could be steep. North Carolina public schools receives $861 million a year from the federal government, and the University of North Carolina college system received $1.4 billion in federal funding, according to an analysis from the Charlotte Observer.

Barack Obama has touted the importance of using an “activist” executive branch, especially the Justice Department, to implement far-reaching, top-down “change” on the nation as a whole since 2001.

“This is no longer just a North Carolina issue,” Governor Pat McCrory said on a Charlotte radio program late Wednesday afternoon. “This conclusion by the Department of Justice impacts every state, every university and almost every employer in the United States of America.”

“All those will have to comply with new definitions of requirements by the federal government regarding restrooms, locker rooms and shower facilities in both the private and public sector,” he said.

The Obama administration has tried to quash local opposition to gender-bending restroom and locker room policies in the past by threatening to withhold federal educational funds from school districts in Virginia and Illinois.

Gov. McCrory said he did not believe it is the federal government's “business to determine your restroom, locker room and shower policies.”

Alliance Defending Freedom Legal Counsel Kellie Fiedorek agreed that the state has the better end of any legal argument. “North Carolina’s bathroom privacy law, H.B. 2, fully complies with federal law,” she said. “It’s absurd to assert, as the Department of Justice does, that by placing the word ‘sex’ in federal nondiscrimination laws, Congress intended to force states to open their restrooms to people of the opposite biological sex.”

“The DOJ should stop bullying North Carolina with falsehoods about what federal law requires,” Fiedorek said.

The ADF had just filed suit on behalf of parents in Palatine, Illinois, who feel opening locker rooms to members of both biological sexes victimizes their children's privacy and modesty.

In a statement late Wednesday, Perkins encouraged Gov. McCrory to stand his ground.

“If President Obama truly wanted to, he could issue an executive order bringing this kind of bathroom chaos to every federal agency and national park in America. However, he hasn't because he knows how unpopular it would be,” Perkins said. “We stand with North Carolina and urge its leaders to stand up to this abuse of power. If the president won't rein in the Department of Justice, then it's time for Congress to do so.”