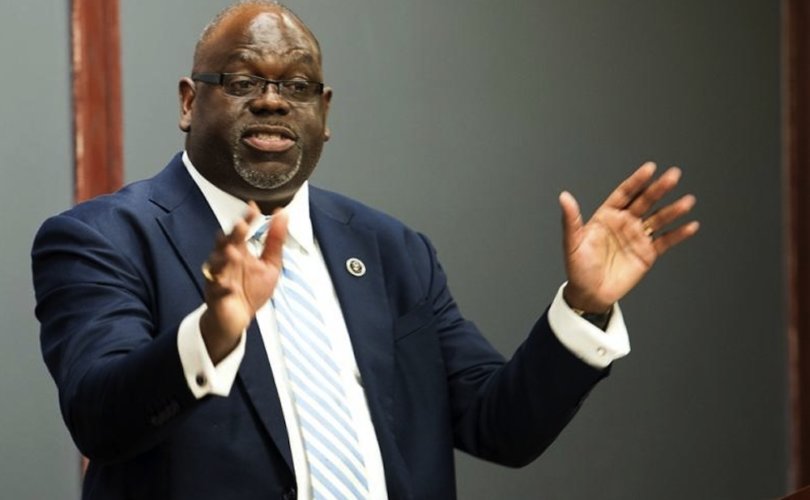 WASHINGTON, D.C., August 2, 2016 (LifeSiteNews) – An Obama-appointed judge has denied the citizens of Mississippi the protections of a religious freedom bill while the legislation works its way through the appeals process.

The bill would allow citizens with sincere faith-based objections to opt out of participating in same-sex “marriage” ceremonies, place children in the care of same-sex couples, or rent their homes to homosexuals, among other provisions.

State clerks could decline to issue a marriage license or perform a wedding ceremony if they could find another employee willing to do so.

The state had invoked conscience laws that prevent people from being forced to participate in abortions, but Judge Reeves said the two situations bore no similarities.

“Issuing a marriage license to a gay couple is not like being forced into armed combat or to assist with an abortion,” he wrote in a six-page opinion issued yesterday. “Matters of life and death are sui generis. If movants truly believe that providing services to LGBT citizens forces them to ‘tinker with the machinery of death,’ their animus exceeds anything seen in Romer, Windsor, or the marriage equality cases.”

“The baton is now passed,” he wrote.

However, some citizens believe participating in an action they believe is sinful transcends life and death, condemning their souls for eternity.

“This is a Heaven-or-Hell issue for me and for every other Christian that believes,” Kim Davis, a born again Christian, told Fox News last September. “This is a fight worth fighting.”

Reeves enjoined the law on June 30, calling it nothing more than an “attempt to put LGBT citizens back in their place.”

As of this writing, neither Gov. Bryant nor Lt. Gov. Tate Reeves had responded to the latest ruling, which the governor had already petitioned the Fifth Circuit Court of Appeals, based in New Orleans, to review.

Reeves served on the board of the ACLU before being appointed to the federal bench by President Barack Obama in 2010.