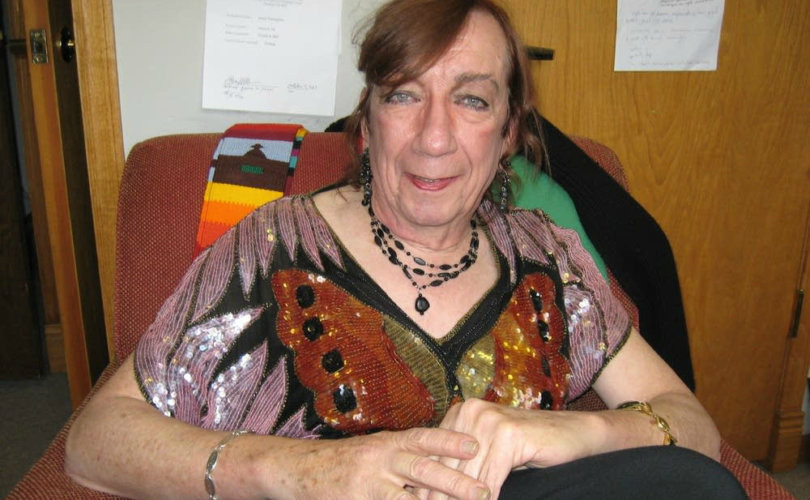 82-year-old Barbara Satin was born “David” and has been involved in LGBT activism since the 1990s.

The newest member of the President’s Advisory Council on Faith-Based and Neighborhood Partnerships is 82-year-old Barbara Satin, who was born “David” and has been involved in LGBT activism since the 1990s.  He took the name Barbara Satin when he was about 60 years old, when he began exploring his new identity as a “woman.”

The President's Advisory Council on Faith-Based and Neighborhood Partnerships “brings together leaders and experts in fields related to the work of faith-based and neighborhood organizations in order to make recommendations to the Administration on how to improve the partnerships it forms to serve people in need,” the White House website says.  The council recommends policies and practices to the President.

According to the lesbian, gay, bisexual and transgender Religious Archives Network’s profile of him, Satin was raised Catholic and even attended seminary for two years as a teen.

Before becoming “Barbara,” Satin was married with three children and was an officer in the U.S. Air Force.  He “had a successful business career as director of public relations for a major international firm and was also a prominent leader in the Roman Catholic Diocese as well as a well-respected civic activist,” the Religious Archives Network reported.

Satin says that before living as a woman, he was chairman of the archbishop’s Council for the Archdiocese of Minneapolis-St. Paul.

Since becoming “Barbara,” Satin joined the United Church of Christ and “served on the denomination’s Executive Council as its first openly transgender member” and was involved in the lobbying the church to accept transgenderism in 2003.

Satin’s LGBT activism has focused heavily on religion and aging.  In 2008, the National Conference on LGBT Equality honored him with an award for his work with seniors.

Barbara Satin is the Assistant Faith Work Director for the National LGBTQ Task Force.  She is an active member of the United Church of Christ and served on the denomination's Executive Council as its first openly transgender member.  Ms. Satin recently worked on the development of Spirit on Lake, a LGBTQ senior housing project in Minneapolis.  She served on the Board of Directors for OutFront Minnesota from 2001 to 2008 and has served as Chair of GLBT Generations since 1999.  She has also served on the Board of Directors of PFund Foundation, a regional LGBTQ community foundation advancing social justice in Iowa, Minnesota, North Dakota, South Dakota and Wisconsin, since 2013.

“I basically hid who I was most of my life, and I finally came out at about age 60 and figured out I had to find out who was really this person inside me,” Satin told BBC in an interview about an LGBT-friendly senior home he was involved in developing.

In 2015, Satin was invited to participate in the White House Conference on Aging.  The activist tweeted that he had “ID issues as usual” that delayed his entrance to the conference.

Always happens. Waiting to get into the White House Conference on Aging but having ID issues as usual. pic.twitter.com/tYkKhlkrxb

Finally got into the White House after the usual ID issues – this shouldn't happen in this day and age. But I am in Wonderland. #WHCOA