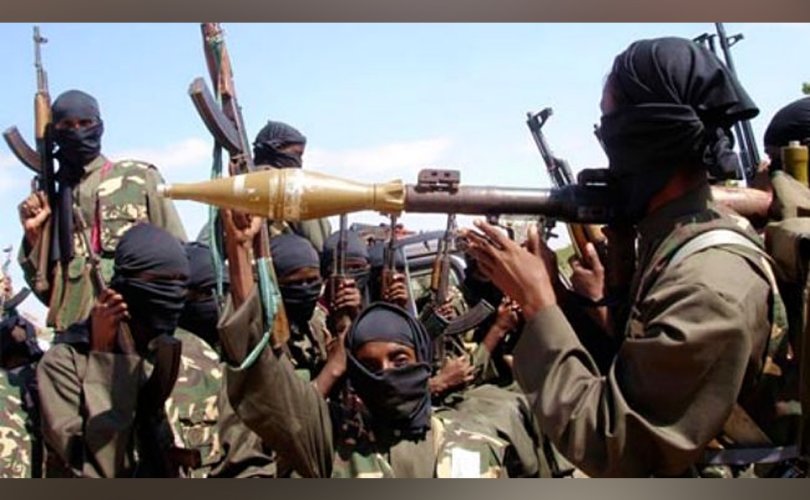 NIGERIA, February 19, 2020 (LifeSiteNews) – A former Nigerian Minister has called out former U.S. President Barack Obama along with Hillary Clinton for their “sheer wickedness” in helping terrorist group Boko Haram by “funding and supporting” the 2015 election of the country’s current leader who, after being elected, canceled contracts to eradicate the terrorists.

Femi Fani-Kayode, a former Nigerian Minister of Culture and Tourism, and Aviation, said that Obama and Clinton, along with John Kerry have “blood…on their hands.”

“What Obama, John Kerry and Hilary [sic] Clinton did to Nigeria by funding and supporting [Muhammadu] Buhari in the 2015 presidential election and helping Boko Haram in 2014/2015 was sheer wickedness and the blood of all those killed by the Buhari administration, his Fulani herdsmen and Boko Haram over the last 5 years are on their hands,” Fani-Kayode stated in a Feb. 12 Facebook post. Fani-Kayode does not clarify what part Clinton, who was U.S. Secretary of State only until 2013, may have played in Buhari’s election.

Local Catholic archbishop Augustine Obiora Akubeze recently sounded the alarm that much of the blood being spilled comes in the form of religious persecution against Christians.

Fani-Kayode stated that had Donald Trump been president of America in 2015, matters “would have been very different.”

“Boko Haram would have been history and the Fulani herdsmen would never have seen the light of day,” he said.

Military contractor in Nigeria: We were so close to victory

Fani-Kayode backed up his claims by highlighting a recent interview from a former military contractor Eeben Barlow whose company was hired to eradicate Muslim terrorists from Nigeria.

Barlow, chairman of a private army group called “Specialised Tasks, Training, Equipment and Protection International,” said in a Jan. 5 interview with Aljazeera that he was subcontracted in 2014 with assisting the Nigerian government under then-president Goodluck Jonathan to help eradicate the Boko Haram threat.

In the interview, Barlow says that one of the first acts of the then-new President Buhari in 2015 was to terminate his contract.  He also said that Buhari’s presidential campaign was funded by the US government under President Barack Obama (see relevant portion of video below beginning at minute 8:50).

“In one month, we took back terrain larger than Belgium from Boko Haram. We were not allowed to finish because it came at a time when governments were in the process of changing, said Barlow.

“The incoming President, President Buhari was heavily supported by a foreign government, and one of the first missions was to terminate our contract.”

When asked by the interviewer to name who the foreign government was, Barlow responded: “Yes, we were told it was the United States, and they had actually funded President Buhari’s campaign. The campaign manager for President Buhari came from the US, and I am not saying the United States is bad, I understand foreign interests, but I would have thought that a threat such as Boko Haram on the integrity of the state of Nigeria ought to be actually a priority. It wasn't.”

Fani-Kayode interpreted Barlow’s comments as an affirmation that Obama and Clinton share responsibility for the terrorism and bloodshed taking place in Nigeria today.

“This man (the military contractor) has spoken the bitter truth. I said it at the time and throughout the 2015 presidential campaign but Nigerians would not listen,” said Fani-Kayode.

“Those of you that still love the evil called Barack Obama should listen to this short clip and tell me if you still do,” added Fani-Kayode.

Fani-Kayode worked as the campaign chief for the former President of Nigeria, Goodluck Jonathan, in his failed bid to get re-elected as President in 2015. Jonathan was President from 2010 to 2015. Muhammandu Buhari won the 2015 Nigerian election and was recently re-elected in 2019 to a second term. He also served as the head of the military state government of Nigeria from 1983 to 1985, after grabbing power in a military coup d'état.

Terrorism, which includes the persecution of Christians, has been on-going in Nigeria for years. The Muslim terrorist group Boko Haram has wreaked havoc in the country’s northern and middle belt region. Earlier in the month, about 5 million Christians across Nigeria protested the recent murder of well-known Pastor, Lawan Andimi. He was kidnapped and then murdered by Boko Haram on January 20.

One of Boko Haram’s most well-known acts of terrorism in Nigeria was the 2014 kidnapping of the Chibok schoolgirls. Boko Haram kidnapped over 250 girls ranging in age from 16-18 from a Government Girls Secondary School in Chibok. The kidnappers forced the girls to convert to Islam and took them hostage as sex slaves. As of today, only 112 of the girls taken have been freed.

The Muslim Fulani herders are also responsible for attacks against mostly Christians in other regions of the African nation. According to Open Doors USA’s 2019 World Watch List, Nigeria places as the 12th worst country in the world for the persecution of Christians.

Recently, the president of the Nigerian Catholic bishops’ conference, Archbishop Augustine Obiora Akubeze, called on western nations to do more to make people aware of the persecution of Christians and others taking place in Nigeria.

In his interview, Barlow notes that he finds it inexplicable that the United Nations, “has sat and watched people get slaughtered and not gone to their rescue.”

He also added that he finds it hard to buy the argument that securing peace in an area the size of Africa is impossible, saying: “I cannot understand how people can claim that they want to secure peace and bring about peace when they watch people being slaughtered. People cannot tell me that the area is too big to control, that is absolute nonsense. And if people say that, they are really trying to cover their real inability to do their jobs.”

Barlow later added the reason for the need for private armies is due to the United Nations not doing their job, saying: “Private Military companies would not be necessary if national armies and the United Nations were actually able to, actually fulfill their mandates. So, I don’t think the world should lay the blame before us. They should go and look why we exist.”

In 2015, then former U.S. Congressman Steve Stockman said that Obama was deliberately holding back helping the Nigerian government from defeating Boko Haram, because of Nigeria’s opposition to same-sex “marriage.”

When Goodluck Jonathan was President of Nigeria, he signed into law the Same-Sex Marriage Prohibition Act, in early 2014. It was met with an outcry from the Obama administration. Nigeria’s bishops gave their support for the law.

The law enacts a 14-year prison term to anyone who joins a “same-sex marriage contract or civil union”, as well as those who aid or help such actions. It also bans gay clubs and organizations, as well as any public demonstrations of fondness between homosexuals.

The Nigerian Bishops have also been critical of the Buhari government, saying they are not doing anything to aid the affected regions that are under attack from the terrorist groups. One Bishop, Matthew Hassan Kukah, recently said that the government of Nigeria is, “using the levers of power to secure the supremacy of Islam.”

In April of 2019, Archbishop Matthew Man-oso Ndagoso from northwest Nigeria warned about the on-going persecution of Christians. He said that “Christians are being killed like chickens,” and that there was little time to act to help stop the atrocities.

At the time, Archbishop Ndagoso appealed to the Trump administration, as well as to the world in general for help, saying: “Any person, any organization, any institution that has influence: let this influence be used for the common good. And right now, let that influence be used for the common good of so that peace may reign in our country. This is my call.”

Buhari met with Trump in 2018, a meeting at which Trump promised his government would work to end the massacre of Christians in Nigeria.

In a Feb. 15 open letter to Buhari, Fani-Kayode urged him to take the situation in Nigeria seriously, calling him out directly for what he says is inaction in fighting Boko Haram.

“I have written it because our nation is entering into dangerous and precarious waters and I sense that something will give very soon,” said Fani-Kayode in the letter.

“Over the last 5 years hundreds of thousands have died under your watch and virtually all have been killed by those from your core northern region. You turned a blind eye to it and even encouraged it. Today belongs to you but let me assure you that tomorrow belongs to those of us that you have killed, persecuted, oppressed and treated with disdain and contempt,” the letter states.

Pete Baklinski contributed to this report