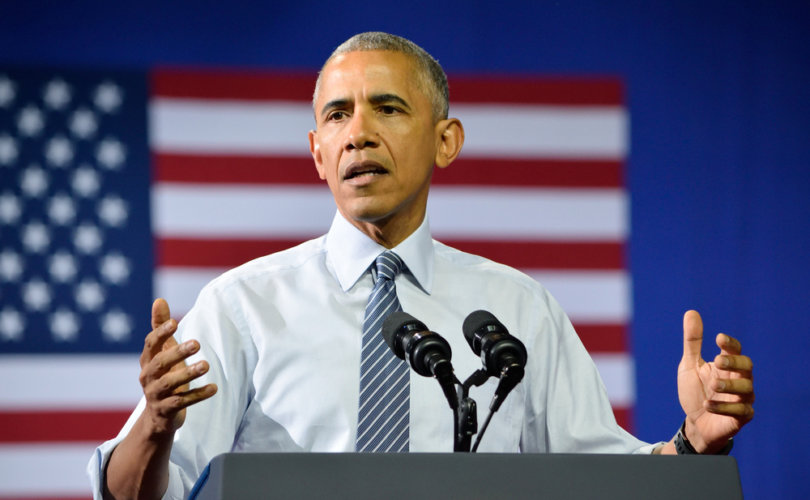 November 4, 2016 (C-Fam) President Obama’s last legacy to the international homosexual rights movement drew complaint instead of gratitude. The reason is that his latest rules on foreign aid contain conscience protections for religious groups.

A modest rule change prohibiting organizations receiving U.S. foreign assistance from discriminating against individuals who identify as lesbian, gay, bisexual, or otherwise (LGBT) came into force last week but does not affect hiring practices by recipients of U.S. foreign assistance, including religious groups.

Human Rights Campaign described it as only a “step forward” and called for a USAID policy that would cover “not only the services they provide, but also the people they hire.”

The new rule lists “sex (including gender identity, sexual orientation, and pregnancy)” among the prohibited grounds of discrimination. It also lists religion among the grounds expressly recognized. It prohibits “withholding, adversely impacting, or denying equitable access to the supplies or services.”

A more drastic rule change was anticipated earlier this year when a whistleblower from within the federal government, as well as other insiders, told the Friday Fax the Obama administration would force religious groups to hire individuals who identify as LGBT was in the works. That harsher provision was never tabled or opened to comments.

The weaker rule which came into effect last week disappointed LGBT activists because it accommodates religious organizations who might be shut out of USAID contracts if they do not hire individuals who act against the principles of their faith.

Activists clamored for such a rule earlier this year, one that would have forced Catholic organizations and other religious aid groups, such as heavyweight evangelical aid group World Vision, out of USAID contracts.

World Vision perhaps foresaw the possibility of such a draconian rule in 2014 when it announced it would no longer require its employees to live by Christian standards of morality. Within two days of the announcement the backlash overwhelmed the organization’s leadership and they had to reverse course.

Hacked emails released by Wikileaks over the past month show how the Obama administration would have allowed conscience protections for religious groups when it was considering directing USAID to fund abortions overseas.

Allowing the carve-out for religious groups made abortion proponents oppose and apparently thwart this action because it would have undermined the claim that abortion is a human right. The emails revealed that Hillary Clinton’s personal commitment to funding abortions overseas without the conscience protections, indicating she will go further than Obama to enforce abortion and LGBT agenda on people of faith.

“Somewhere in the world right now, there is a young boy lying awake at night guarding a secret he has kept for as long as he can remember.  Somewhere, there is a young woman who can love both men and women and has nobody to tell her that’s OK. …on behalf of all those people—each of them a child of equal worth, a child of God—let us renew our efforts to battle discrimination in all its guises and embrace diversity in all its forms.”