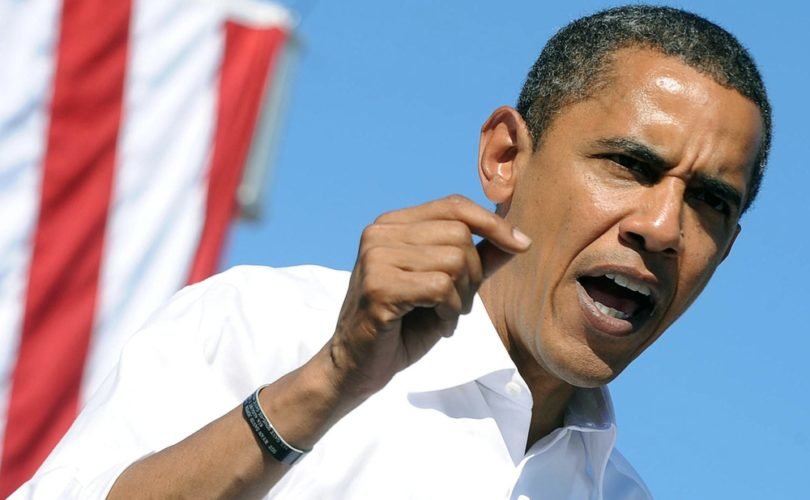 Obama's comments, which he directed in part at Alabama Chief Justice Roy Moore, came in response to a question from YouTube creator and open lesbian Ingrid Nilsen, who asked “if progress in the LGBT community is not here to stay in certain states?”

“Oh, no, it's here to stay,” said the president. “Understand that the Supreme Court has ruled that under the Constitution everybody in all 50 states has the right to marry the person they love. That's now the law of the land. The fact that an Alabama judge is resisting is just a temporary gesture by this judge that will be rapidly overturned. It violates what's called the supremacy clause – when the Constitution speaks, everybody has to abide by it, and state laws, and state judges, can't overturn it. So you shouldn't be worried about that.”

Marriage laws have typically been handled at the state level; many social conservatives said the Supreme Court's decision violated the U.S. Constitution by forcing all states to issue marriage licenses to same-sex couples.

Obama also said that “the process of changing people's attitudes, the process of treating the LGBT community with full equality and respect, making sure they're not discriminated [against] on the job, or in housing, or in things like that, those are areas where we've still got significant work to do.”

“And for young people, making sure they're not bullied, that requires the participation of all of us. We're not there yet.”

According to Obama, “amazing strides” have been made over the last two decades in changing how Americans view same-sex relationships. “The notion that you'd discriminate against someone because of sexual orientation is so out of sync with how most young people think – including young Republicans, young Democrats. … This is an issue that is going to be moving in the right direction as long as we stay vigilant and keep working on it.”