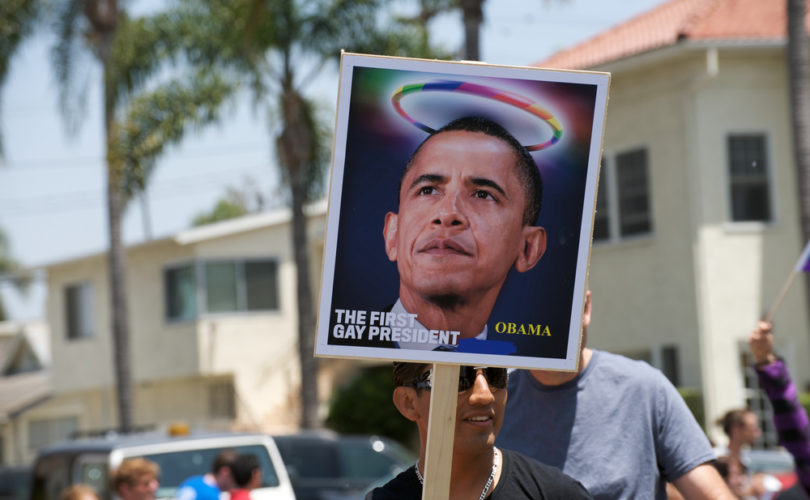 WASHINGTON, D.C., June 20, 2016 (LifeSiteNews) – Barack Obama used his annual Father's Day proclamation to praise transgender “dads,” saying that all “men,” regardless of “gender identity,” play an important role in teaching children “the values that matter most.”

“From single fathers who struggle to make ends meet to surrogates who step up to be there for America's daughters and sons, these men help shoulder the greatest obligation that exists – raising the next generation,” Obama wrote. “Regardless of sexual orientation, gender identity, or marital status; whether biological, foster, or adoptive; fathers teach their children the values that matter most and steer their moral compasses.”

It is the second year in a row that the president has made reference to biological females in his yearly Father's Day message. In 2015 he wrote of the important lessons that “fathers – whether married or single; gay, straight, or transgender; biological, adoptive, or foster – can teach their kids.”

Highlighting homosexual homes is a longstanding Obama practice, dating to his second annual Father's Day proclamation in 2010. “Nurturing families come in many forms, and children may be raised by a father and mother, a single father, two fathers, a step father, a grandfather, or caring guardian,” Obama wrote.

President Obama has long been critiqued for using presidential holiday proclamations to send political messages – refusing, for example, to write an annual Easter Day message but choosing to commemorate Muslim holidays like Ramadan.