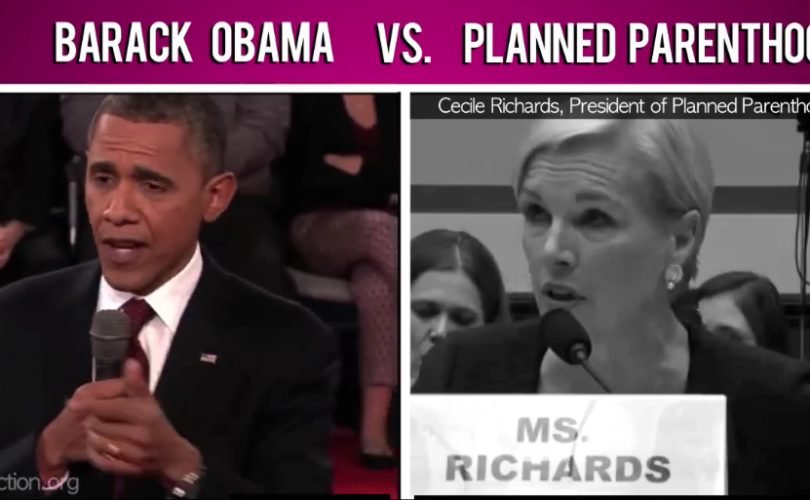 WASHINGTON, D.C., August 16, 2016 (LifeSiteNews) – Barack Obama is set to finalize a federal rule requiring many women’s shelters to admit men who identify as “transgender,” potentially placing abused women and children at risk of being victimized again.

If enacted, all homeless shelters – including battered women’s shelters – that receive federal funding would have to allow people to use the homeless shelter of the sex with which they identify, regardless of their appearance, anatomy, or the “complaints of other shelter residents.”

“[T]he provider may not ask questions or otherwise seek information or documentation concerning the person's anatomy,” nor refuse to allow anyone a bed “because the client's appearance or behavior does not conform with gender stereotypes,” it reads.

Although the shelter “may consider…whether a particular housing assignment would ensure health and safety” on a “case-by-case basis,” it may not base its decisions solely on the “complaints of other shelter residents.”

“It is likewise prohibited to deny appropriate placement based on a perceived threat to health or safety that can be mitigated some other less burdensome way (e.g., providing the transgender shelter seeker the option to use single-use bathing facilities),” the proposed measure says.

David Stacy, government affairs director at the Human Rights Campaign, an LGBT lobbying group, said the regulation is necessary to preserve the mental health of transgender people. “If you're a transgender woman and you walk into a homeless shelter and they treat you like a man, it's traumatizing,” he told The Hill.

But pro-family advocates say the proposal endangers the physical safety of biological women.

“This is yet another example of the Obama administration's bizarre obsession to force women to be unwilling participants in a radical social experiment. Sadly, more and more women have to sleep in homeless shelters because of the Obama administration's abysmal economic performance,” Gary Bauer, the president of American Values, told LifeSiteNews. “Now Obama's HUD bureaucrats are putting those women at risk for abuse and worse by men claiming to be women.”

Peter Sprigg, senior fellow for policy studies at the Family Research Council, told LifeSiteNews the policy could harm “vulnerable women and children who may have already been victims of physical or sexual abuse.”

“The 2012 assaults committed by Christopher Hambrook while posing as a transgender woman in two Toronto shelters show that this is not merely a hypothetical concern,” he said.

After saying he identifies as a female, Christopher Hambrook abused multiple women in a Toronto shelter for women. He previously molested a five-year-old girl and, while out on bail for that crime, raped a 27-year-old woman with cognitive delays.

Hambrook, whom court documents described as “hypersexual,” peered at yet other women while they showered. A court sentenced him to be jailed “indefinitely” in 2014.

Those involved in homeless shelter ministries say that the proposed rule has eased sexual predators’ path to voyeurism or sexual assault.

John Ashmen, president of the Association of Gospel Rescue Missions, said that, already, “that idea is out there” that homeless men can hide behind gender identity while abusing women.

“One of the guests at a rescue mission overheard someone on the street saying, ‘Dude, if you go down to the rescue mission and tell them you’re transgender, you can sleep in the women’s dorm and even shower with them,’” Ashmen, whose Christian organization would be affected by the rule, said. “No one is trying to make transgender people feel awkward, but we’re concerned about the well-being and safety of everyone in our rescue missions.”

“How ironic that the president who claims to be a feminist is so committed to a war on women's privacy, whether it is our daughters' school bathrooms or homeless women already at risk,” Bauer told LifeSiteNews.

Legislating from the White House

The executive branch regulation endangers women and the democratic process, according to Sprigg.

Although Congress has never enacted a law deeming homosexuals or transgender people as specially protected classes, the Obama administration has reinterpreted civil rights laws as though they had. HUD announced it would interpret the Fair Housing Act’s prohibition of sex discrimination to cases of gender identity in 2009.

The Obama administration held that court precedents prevented discrimination on the basis of failing to meet “gender stereotypes,” broadening its application to the lack of appropriate reproductive anatomy. The administration then unilaterally applied this standard to a host of federal agencies, most publicly its controversial federal guidance to public schools and universities.

“The Obama administration is trying to shoehorn 'sexual orientation' and 'gender identity' into as many federal regulations as it can in the remaining months Mr. Obama will be in office,” Sprigg told LifeSiteNews. “Just as judges should not be legislating from the bench, President Obama should not be legislating from the White House or from executive agencies. That is the job of Congress alone.”

“I urge the administration to abandon its ideological attack upon common sense and leave shelters free to set their own policies regarding sleeping, bathroom, and shower facilities,” Sprigg told LifeSiteNews.