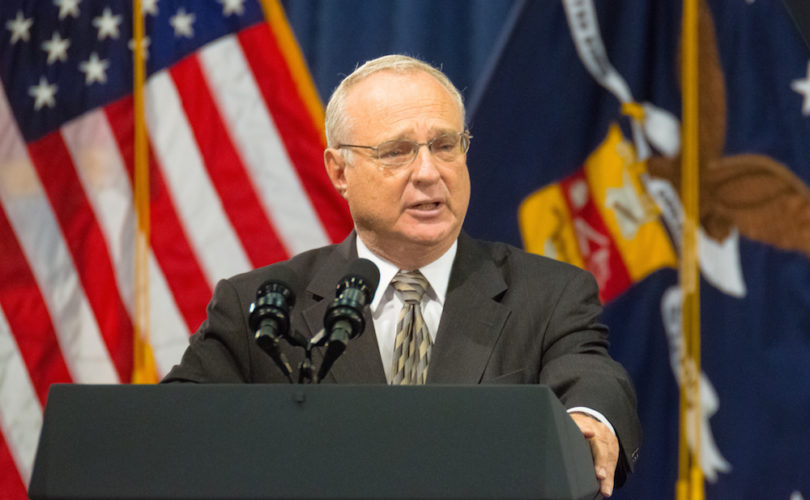 President Barack Obama’s nomination of Rabbi David Nathan Saperstein as the State Department’s first non-Christian to serve as Ambassador at Large for International Religious Freedom has left some religious observers questioning why the president would give the position to an activist who, they say, has repeatedly spoken out in opposition to basic religious freedoms in the United States.

Saperstein himself so strongly supports legalized abortion that he opposed the partial-birth abortion ban, which passed in 2003 with broad bipartisan support.  His group also supports so-called “buffer zones” that prohibit pro-life activists from praying or protesting near abortion facilities. The Supreme Court recently ruled that such a buffer zone in Massachusetts was unconstitutional.

Religious freedom groups celebrated the recent Supreme Court ruling striking down ObamaCare’s controversial contraception mandate on the grounds that it violated the religious freedom rights of employers by forcing them to provide full, co-pay free coverage for abortion-causing drugs regardless of their personal religious opposition to abortion. But Saperstein called the ruling “troubling” and said it “presents a significant obstacle to women's equality and health.”

When Democratic lawmakers later introduced a bill that sought to overturn the ruling, Saperstein commended them for “taking swift action to ensure that women do not lose access to critical contraceptive care because of their employers' religious objection.” Meanwhile, he slammed the Republican senators who blocked the bill, saying, “The women of America deserve more than to have their rights thwarted by a filibuster.”

Saperstein has been particularly vocal in his opposition to freedom of religious expression for those who oppose same-sex “marriage” and homosexual behavior on faith-based grounds.

The rabbi strongly supports the Employment Non-Discrimination Act (ENDA), which would ban employers from “discriminating” based on sexual preference or gender identity.  However, religious rights advocates, including the U.S. Conference of Catholic Bishops, have warned that, if passed, ENDA could “punish” those who hold to traditional views of sexuality and biology and force religious employers to make accommodations for behavior they consider sinful – allowing their workers to cross-dress in the workplace, for example, or even demanding they cover employees’ sex-change procedures.

Earlier this month, when President Obama issued executive orders imposing ENDA-like rules on federal employers and contractors, Saperstein was by his side for the signing in the East Room of the White House.

In a statement, the rabbi said he was “elated” by the executive orders, but felt they didn’t go far enough: “We had hoped the President might use this opportunity to reverse the Bush executive order allowing for religious discrimination by religious organizations receiving federal contracts,” Saperstein said.

Rob Schwarzwalder, senior vice president for the Family Research Council, said he hopes Saperstein is “an effective and assertive advocate” for people who face religious persecution, but says his “well-known liberalism is troubling.”

“All Americans should pray that the Rabbi will be a lion for religious liberty, and with everyone of good will, I want to give him the benefit of the doubt when it comes to defending and advancing religious liberty worldwide,” he wrote in a blog post. “However, given his personal convictions and public associations, I confess to having more than a few apprehensions.”